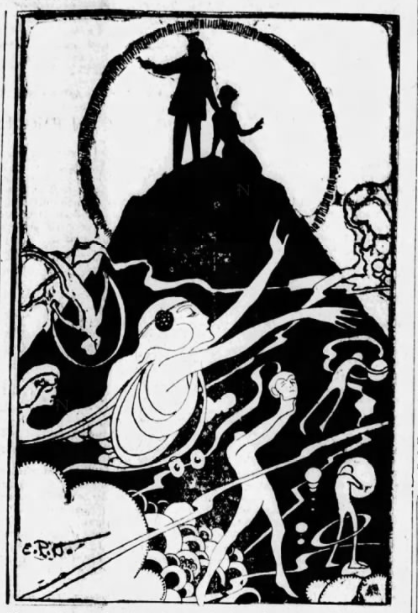 Weird dreams amid confinement: Why we are all dreaming more during Covid-19

I’ve been dreaming. A lot.

At first I thought it was because of the change in my morning routine. I still wake up at 5 A.M. throughout the week, but now I turn on my computer, not hop in my car to drive my hour-long commute to Hershey. I hypothesized that my slower mornings allowed me to process the nightly dream in more detail. Plus, not managing a classroom full of teenagers has left me with more energy at night, and more space in my head for dreaming.

However, after talking with two friends about their crazy dreams, I found out it’s not just me. An article for The Guardian reports that Google searches for “weird dreams” has doubled since this time last year.  In another article from the Boston Globe, I read how big life changes can activate one’s dreams.

Obviously, changes surrounding this Covid-19 would classify as a big adjustment. For many of us, waking life seems more dream-like than ever. Confined to our homes, we have fewer routines that mark our day with a beginning, middle, and end. Whether it’s a Monday, Thursday, or Sunday, our days’ activities mirror each other with few distinctions.  This surreal reality parallels our half-remembered, foggy dreams.

Every 90 minutes during R.E.M. sleep, we dream in short bursts. R.E.M., meaning Rapid Eye Movements, is a stage of rest that lengthens over the course of the night, increasing in duration. This means the more you sleep, the more likely it is to have longer, more vivid dreams. Considering most of us already sleep for eight hours, a third of our day, it’s understandable why all of us are dreaming more.

Interpreting dreams dates back to 1350 B.C.E. Egypt and continued with the Greeks. Humankind used dreams as spiritual tools to connect with the divine or to tell the future.

Did York Countians think dreams could predict the future?

In an article from TheYork Dispatch on July 7, 1892, a woman named “Aunt Sally” explained the prophetic meaning of dreams. Of course, readers had to purchase her book for the full set of interpretations. However, she provided a small sampling in the newspaper article.

Aunt Sally wrote that if you dreamt of talking with an actress, it means “you will have success in what you undertake,” the article continued, “and, if you made love to her your life will be joyful.” I was surprised by this lack of modesty for an article written in the nineteenth century. However, the article could have been referencing flirting because “making love” sometimes meant interacting with someone in a romantic way.

New clothes meant prosperity and happiness, but beware. Unless you were a clergyman, white clothes are a bad omen. For example, if a mechanic dreamt of them it means loss of business. Like the complexity of clothes, dreaming of apples meant different things. If you plucked apples from a tree, it meant you would soon be persecuted. If you ate a ripe apple, you would be happy. If the apple was sour, a quarrel with a loved one was coming your way.

However, not all nineteenth century York Countians read that dreams predicted the future.

In an October 22, 1886 article in The York Dispatch, a doctor analyzed a man’s dream. The man was taking care of his sick friend and fell asleep while nursing him. He dreamt that his sick friend’s soul rose up out of the body and hid behind chairs and wardrobes as the Devil chased him. When the sleeper awoke, his friend had passed. Had he witnessed an actual event? Or, did he predict his friend’s passing?

No, the doctor said. The doctor believed his dream had more to do with his mental state. “He went to sleep reflecting on sickness, possibly death,” the doctor wrote. This was the reason for the dream, not a connection to the underworld or divination. “Dreaming,” the article read, “is thinking during sleep.”

Dreams reflect the mind, not the underworld

At the turn of the century, beliefs surrounding dreams were changing. Our conscious mind is the active state of mental awareness in which you have the power to control. This involves your senses such as sight, sound, touch, taste, and smell that reside in your present state of awareness.  Our subconscious or unconsciousness is something below waking consciousness. Psychologists are interested in this area because it’s where your brain stores thoughts, feelings, and information that aren’t necessary to your immediate needs.

Sigmund Freud came up with his Dream Analysis in 1900 in which he called dreams the “royal road” to the subconscious. Dreams, he argued, bypass the gates of our consciousness, constructed by personal beliefs and cultural norms. The concept of an unconscious mind was ground-breaking and were read by York Countians.

In an August 21, 1916 The Evening Sun article, Max Eastman, a psychologist who studied under Freud, reported on dreams. Referencing Freudian Dream Theory, he titled his article, “Night-Dreams Are Day-Dreams in Disguise.” Dreams, he wrote, “represent what is going on in our minds” – inner longings that a person would normally push away. Dreams, then, are just the outlet of suppressed anxieties and desires.

Consciousness prevents us from processing these fears and desires, so the mind disguises them in our dreams. Children, The Evening Sun article says, do not dream in symbols. “They do not try to put things out of their minds” like adults do. If they want it, they think it.

Dreams are our brain processing new situations or unfinished business in a different biochemical state. Oftentimes, however, our dreams are fragmented so we wake up not perfectly remembering every detail.

A journalist from The New York Times called dreams “fugitive.” I like this word because it captures the run-away nature of our anxieties and desires absconding from our waking grip on reality.

Right now, we feel deprived and confined. We’ve been separated from our loved ones, allowed to communicate but detained in our homes. Furthermore, we have no idea how long this detainment will last. If dreams are an expression of our stressors, it’s understandable that loneliness, confinement, minor deprivations, economic hardships, and instability has caused us all to dream more.

Deirdre Leigh Barrett, a psychologist at Harvard Medical School, researches dreams. She says dreaming of dangers, real or perceived, is common. Since the coronavirus is microscopic, however, what are people dreaming about? Barrett says people visualize abstract threats such as bugs, tidal waves, or monsters. The BBC created a video featuring Barrett in which she explains this further.

You can participate in Barrett’s research of dreams during the Covid-19 pandemic by taking her survey.

You can also submit your dreams or read about others to a project called “I Dream of Covid.”

For me, my dreams have changed significantly. In the middle of the night, I would wake to images of a rowdy classroom. As a teacher, I feared that my students wouldn’t listen to me, blatantly ignoring my instructions. Now, I’ve been seeing ticks crawling all over my scalp. Barrett would say these visions embody my fears of getting sick. While this is probably true, I think it has to do more with all the hikes we’ve been taking.

Whether you think dreams are a manifestation of repressed desires or anxieties, for telling the future, or connecting with the underworld, I hope you take time to process them. Some believe that Albert Einstein came up with his Theory of Relativity while dreaming as a kid, proving that they can be sometimes useful.

I hope you use your dreams as a springboard for reflection. Taking a moment to analyze the messages you tell yourself while asleep  can help you understand your nature on a deeper level, gaining knowledge to devise healthier solutions to problems.

4 comments on “Weird dreams amid confinement: Why we are all dreaming more during Covid-19”