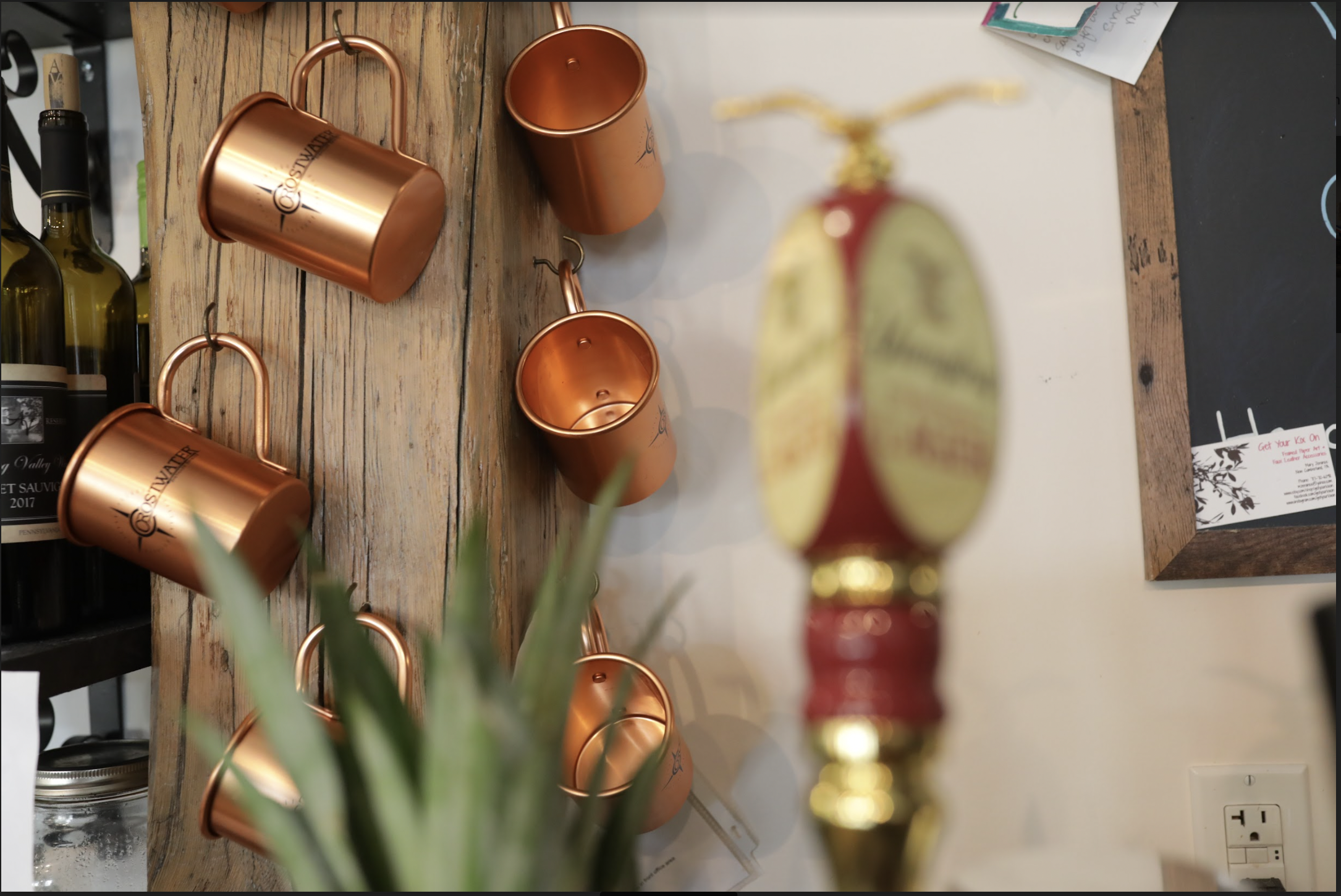 Victoria Close doesn’t know why her elementary classmates call her a “commie.”  They bully her on the playground, chanting it at her like it’s an insult. Once home, her family explains that her peers mock her due to their family’s heritage.

They are from Russia — it’s the height of the Cold War.

Now, Close is an adult, running her own business called Crostwater in Fairview Township. She’s had time to digest the tauntings: “That is why our families left. Because of communism,” Close tells me. “What was happening to the people of Russia… no freedom of speech, [people] couldn’t practice their religion. We got out.”

However, that didn’t matter to the impressionable youngsters who teased young Close. Bombarded with anti-communist rhetoric, they synonymized “bad” with “Russian.”

When Russia invaded Ukraine in February 2022, anti-Russian sentiments started popping up in our culture again. Putin’s sinister actions threaten peace and democracy in our world. Nonetheless, it’s important to separate our reproach of Russian war criminals from the Russian people and our Russian neighbors down the street. I reached out to Close to learn more about her experiences as a Russian-American operating a business right here in York County.

Following the Bolshevik Revolution of the 1910s, another 20,000 Russians came, including my own family (technically they were from Lithuania).

Why did so many people leave during this time? Violent conflicts threatened physical safety as well as economic stability resulting in poverty and even starvation. The promise of the American dream attracted those searching for a brighter future.

Following World War I, however, America restricted immigration. On the grounds of national security, the threat of another war prompted isolationism, restricting “outsiders” in the infamous Immigration Act of 1924 which placed a quota on specific countries, excluding immigrants from Asia altogether.

These quotas wouldn’t be removed until the Immigration and Naturalization Act, signed into law by LBJ in 1965.

This interactive map shows the influx of immigration in the late 1800s up to the 1930s.

Close’s mother, Mila Douk, has a similar story. Her parents fled Russia in World War II, giving birth to Mila in Czechoslovakia. Eventually, they received sponsorship and settled in New York where mutual Russian friends introduced her to Albert.

Close’s son, whose phonological dyslexia causes him to mix up letters, grew up hearing tales of his family’s passage decades before his birth. Cullen watched as his grandparents, aunts, and uncles toast “Holy Water,” or what Russian’s call vodka, during special occasions.

When Close contemplated names for her distillery business, he overheard stories of Holy Water toasts and voyages from distant lands, of crossing water. Instead of “Crossed Water,” Cullen Close spelled it phonetically as “Crostwater.” The name stuck.

Baba Anna, Close’s grandmother, lived with her as a child. “She was my first friend,” Close remembers. Her first language, Russian, blossomed as Baba Anna taught her words from their homeland.

Baba Anna also taught her how to cook, rolling dough for perogies and piroshki, a savory fried dough pocket filled with meat and rice, or cabbage and egg, of sauerkraut. Close recalls watching her graceful hands roll out the dough, absorbing the art from her perch on a nearby chair. When Close was safe at home, surrounded by love, it didn’t matter that her peers called her “commie.”

“These spirits, and Victoria’s parents, all have a story from across the water. The stories are what inspired … Crostwater distilled spirits.”

However, sales skyrocketed 980% by May 2020 when people came directly to the distillery for their spirits. “When the state store closed, people turned to our online platforms,” Close says. “People lined up, and we’d bring their orders out to [their] cars.”

“Have you ever had an infusion that flopped?” I ask Close.

Without a second thought, she answers, “Lavender vodka sucks.” The bartender invented a lavender vodka martini, “and it was God awful.” Even though the flavor tasted good, the hefty portion of lavender overpowered the senses. Interested readers can order their own infusion, and Crostwater will make it for them directly!

“Vacations are few and far between.” She was highlighted by Explore York’s women-owned business. Even though she loves her business, she hopes her children will take over, continuing the family tradition she started in America.

Focusing on the here and now

When Close first started serving, it took all she had to focus on the task. “You have to smile!” her husband, Kevin Close, would shout. Even as a self-starter, she’d ask herself, “How do I do this thing called bartending?”

Today, Victoria Cross smiles as she shares the success of her business. “Crafts spirits are on the rise,” she tells me. “Kind of how craft breweries were on the rise 15 years ago. Now it’s spirits.”

When our conversation turns to Russia, she frowns. “It’s nothing different,” she says. “Russians are still violating free speech and religious rights.”

She says, “I’m pro-peoples’ rights and being able to live your best life and do what you can to build a strong foundation for your family.” She adds at the end: “And work hard. But I’m more focused on what’s going on here, and how we make our life better here.”

Have recent events in Ukraine and Russia impacted her business? Fortunately, locals support Crostwater as strong as ever. Its live music, constantly rotating menu, and friendly service keep patrons glued to their barstools. I highly recommend checking this place out at 506 Industrial Dr, Lewisberry — if you’re lucky enough to find an empty seat!

Watch this YDR video of the distillery in action.