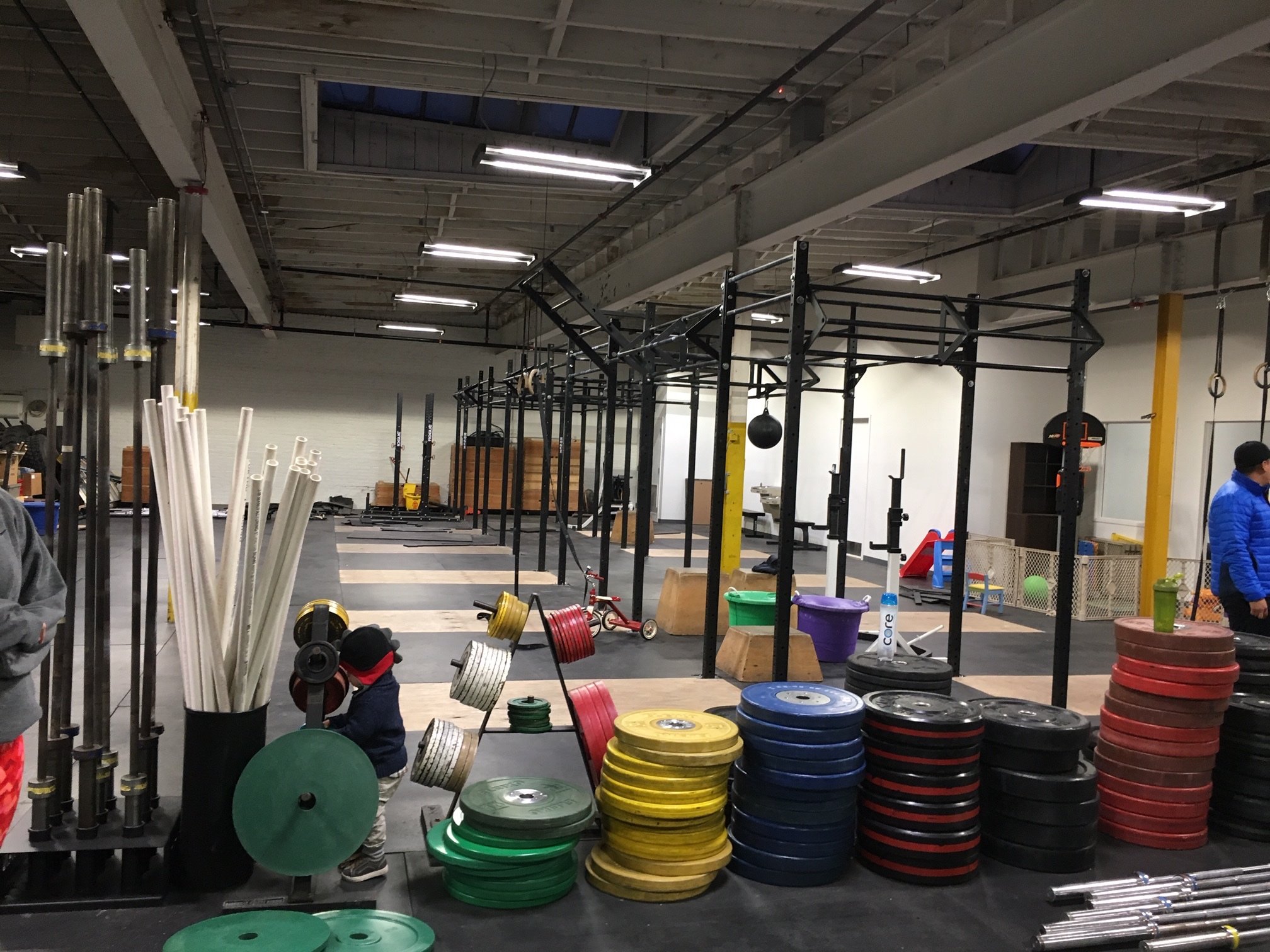 Crossfit York’s up and running in WeCo’s Doll Building

For five years, Crossfit York operated out the steam plant building. With the history center building their museum at that location, Crossfit York had to move.

Walking into the new Crossfit York space, I could feel the energy as athletes worked to finish “Cash-in Karen” — a mile run then 150 wall balls for time.

With equipment still in boxes, Crossfit York continues to move into its new location. But the bulk of their “box” — the name of a Crossfit gym — is up and running.

The new location at 345 W. Market St, better known as the Doll Building, will be Crossfit’s new home for at least five years.

Crossfit York opened ten years ago and enjoyed many years in the steam plant building. However, the new location offers creature comforts such as a modern bathroom, light switches, and drywall. Even though the space is smaller – it’s half the size of its former home – the new location will provide an even better space.

During my visit to the new box, Madeline Mirasol, co-owner of Crossfit York, told me she’s appreciative of the years at the steam plant. “That space allows us to grow,” she said. The business doubled its membership while in that building.

However, Madeline won’t miss the “spooky” feeling of the steam plant. For example, to turn on the lights, she had to walk through the large, dark building to the power box. The skittering of squirrels and chattering of birds would echo along with the bangs of the exhaust fan. Then, it would take a number of minutes for the lights to warm up enough to properly see.

Juan Salazar, a long-time member, told me: “The move was pretty smooth. We actually moved a bunch of the equipment during the last community WOD as a workout, which isn’t all that surprising since we are all about functional movement.”

Before my husband opened his own Crossfit box, we went to Crossfit York. We both consider this the foundation for our love of Crossfit and where we both got our start when it comes to all-around fitness.

Crossfit York’s community is made of people from all over York with diverse cultural backgrounds and fitness levels. Check out this website if you want to learn more about the Crossfit mentality and methodology.

The ripple effect continues into the York Emporium

The York Emporium, a phenomenal book store that is Crossfit York’s neighbor, is operating in about half of its former space. During my visit to the shop owner Jim Lewin said he “touched every book about twice.” Luckily, he just had a bunch of stuff to reorganize.

Dylan Bauer, Partner and President of Development for Royal Square Development and Construction, said “the seamless transition went very well. We even took extra precautions with regards to sound attenuation as we now have a gym next to bookstore!”

If you’re like me, getting a good workout in and picking up a new book are two of my favorite things. And, now they’re both at one, awesome downtown building.