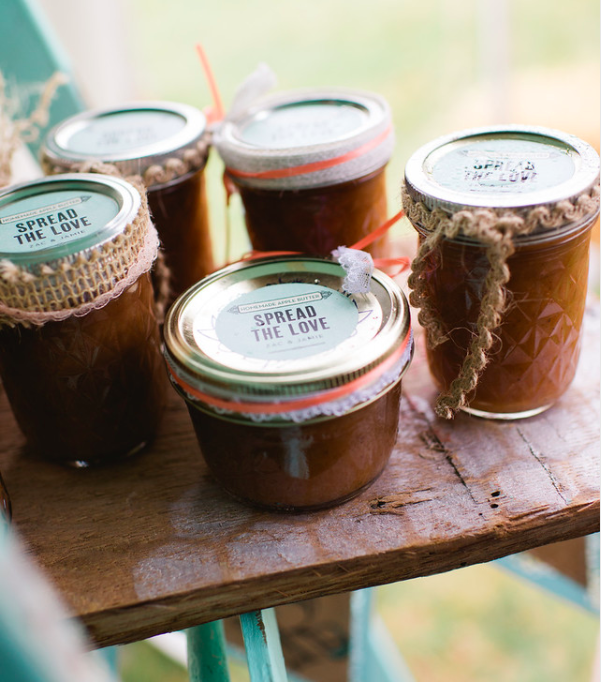 Apple butter regrets: Fun for me but not for this York County resident of old

It’s almost fall, and that means apple butter. Last Friday night, I got the craving and decided to make my seasonal treat.

Earlier that day, I picked up the apples from Miller’s Plant Farm. One thing you’ll notice about local food is that it’s not uniformly perfect. Good, I say. Their imperfection makes them perfect. However, it does make peeling them rather difficult.

To take the skins off my ten apples, I use a pampered chef apple peeler. I don’t have many gadgets in my kitchen, but this is one you need if you are peeling a lot of apples. In less than 30 seconds, I’ve peeled, de-cored, and sliced one apple.

All that’s left is to cut the fruit down the center, and toss the pieces in the crockpot along with slices of butter. I turn the setting to low for ten hours and patiently wait. Every three hours or so, I stir the apples. The smell carries through my kitchen, tempting me to sample it.

After they’ve cooked down to a beautiful hazel color, I sprinkle in a dash of cinnamon, nutmeg, and cloves. I really don’t know how much I add of each spice. It’s about finding my own special concoction. To sweeten it, I add about a half cup of sugar.

Luck or ill-luck, depending on your outlook, the juicy apples left my apple butter rather soggy from the excess fluid. Using a cheesecloth, I drained my apple butter, squeezing the juice into mugs. It tasted like hot apple pie in a cup. Reliving the memory now makes my mouth water.

York Countians have made apple butter for centuries

One Gen. Barnett retold a story by Col. Charley Cotter in The York Dispatch, Nov. 3, 1880.

Cotter, a Bourbon Democrat (a term that refers to Democrats whose ideologies align with conservatism), fiercely devoted himself to his party’s cause. On election day, Cotter discovered a close friend had neglected his patriotic duty by failing to reach the polls. Out of concern, and a sense of loyalty to his party, he rode his horse and buggy to his friend’s house. There, he found him making apple butter.

Unlike me, Cotter’s friend (and everyone else who lived during the nineteenth century) didn’t have a crockpot. Instead, York Countians used large copper kettles over a fire.

In 1924, local historian George R. Prowell wrote an article about apple butter making, reporting that rural folks threw large parties where friends and family would gather. I doubt their apple peeler looked the same as my Pampered Chef gadget, but Prowell reported that a person in Connecticut invented the first apple peeler. It didn’t take long for the invention to make its way down to Lewisberry and then York. “At first they were a novelty to the farmers,” Prowell wrote, “but soon they were found in every house-hold.”

Once peeled, locals added the “schnidts,” or apples to the Pennsylvania Dutch, to the copper kettle along with cider. If you’re looking to speed up the cooking process, you can also add cider or apple vinegar. I opt out of this process because it tastes more like, you guessed it, vinegar.

Let me go back to the Gen. Barnett’s story.

When Cotter found his friend stirring the kettle full of apple butter, he begged him to go vote. “No,” I can hear the man protesting, “I cannot go.” According to the article, his wife made it clear that the kettle needed constant attention or the apple butter would burn. “It must be stirred, and the voter must stir it, if the party and the country went to the eternal bow-wows.”

Cotter realized the only way to get his friend to cast his ballot would be to take his spot beside the copper kettle. With his borrowed horse and buggy, the voter made his way into town. The woman did not mind her husband’s absence, as long as the apple butter kept moving. Cotter was annoyed, but happy to have another vote for the Democratic ticket.

Cotter stirred, and stirred, and stirred. Four hours had gone by. Where was his friend? Cotter began to worry that “those confounded Dutch Republicans” stole his voter. Thinking he may go search for the man, the watchful eye of the woman kept him glued to his promised task. Sweating and swearing, Cotter stared at the apple butter in contempt. It’s interesting how the same delicious treat that I enjoy could evoke such strong negative emotions 140 years ago.

Unfortunately, the man returned only to confirm Cotter’s fears.

On the way to the polls, he was persuaded by “some German friends… to vote the Straight Republican ticket.”

The author of the article ends with this sentence: “But he is a bold man who dare say apple butter within striking distance of this ‘stirring’ electioneerer.”

I thought for a while about the takeaway from this story.

Maybe Cotter shouldn’t have cared about burning apple butter and abandoned his post. However, that would jeopardize his friendship. Breaking a promise deteriorates relationships, but didn’t the man betray his promise by voting for another party?

Maybe the wife should have stepped in and stirred the apple butter herself. Yet, she probably had her own responsibilities for the day, so why should she take over for her husband?

Of course, one lesson is that women should have been able to vote long before 1920. That way, Cotter could have urged the man’s wife to vote instead of the dubious friend. Regardless of the takeaways, I will smile when stirring my crock of apples.