If they were able, convalescent soldiers at the Civil War hospital on York’s Penn Common didn’t just sit around. They were kept busy, aiding in their rehabilitation and saving the government money. They acted as nurses and clerks; they tended the gardens and grounds.

Convalescents staffed the hospital post office and the print, carpenter, tinsmith and blacksmith shops. The most fit of the invalids were organized twice into companies for defense against real and threatened invasion.

One of their most impressive projects was the chapel building, which measured 20 x 28 x 14 feet. The chapel was used for religious services two days a week, and it also was used for entertainments, such as performances, concerts and lectures, that were open to the public. The building also housed a library and a heavily-used schoolroom for the patients.

The workers were recognized in the handbill below, as were local donors to the construction of the chapel. As you can see, it was stressed that it was built “at a comparative small cost to the Quarter-Masters’ Department.” 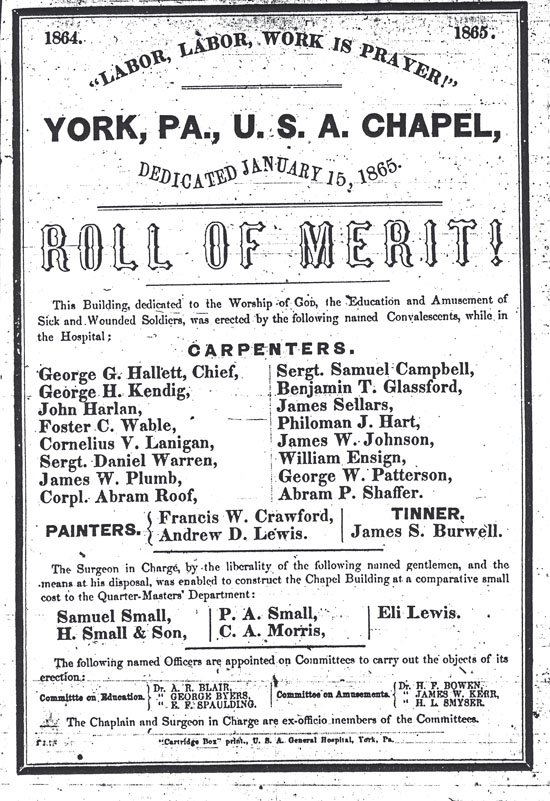