York’s Bee Hive for style in the nineteen-teens 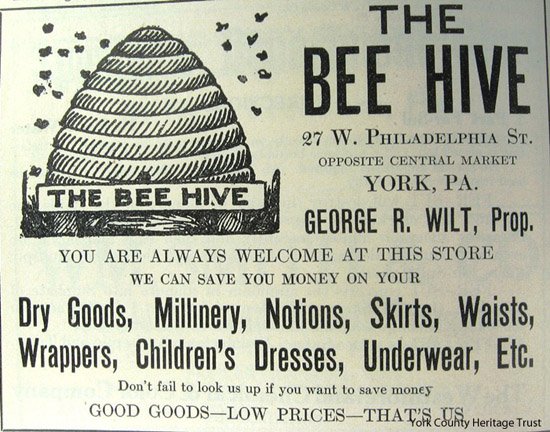 In my York Sunday News column few months ago I wrote about the wealth of local history you can find in City Directory Collection at York County Heritage Trust. The advertisements alone paint a picture of how our families lived and how they spent their hard-earned wages. The directory references often send me to the newspapers on microfilm at YCHT to see what else I can find on the subject. Sometimes it works the other way around.

This time I tracked down The Bee Hive, a downtown York store that I have been hearing about for years. The ad above, from a 1915 York City Directory, gives us an idea of the variety of clothing and dry goods they sold. Below is a much more detailed advertisement from the April 20, 1912 York Gazette. I especially like the flamboyant hats, and what woman could resist a bargain in: “We have the best 50¢ Corset made… .”

Why had I heard of The Bee Hive?
My mother-in-law, aged 98 1/2, tells me that is where she remembers being outfitted as a child. Imagine, loading up at least some of your six a few times a year in a horse and buggy and traveling 17 miles each way from your farm in Chanceford Township (near New Bridgeville) to York to do some serious shopping.

It goes without saying that you didn’t have the full closets we do today, and I’ll bet you really appreciated the apparel you did have. I understand why many old houses were built without closets. The wardrobe/armoire that used to come with a suite of bedroom furniture would have been quite adequate. 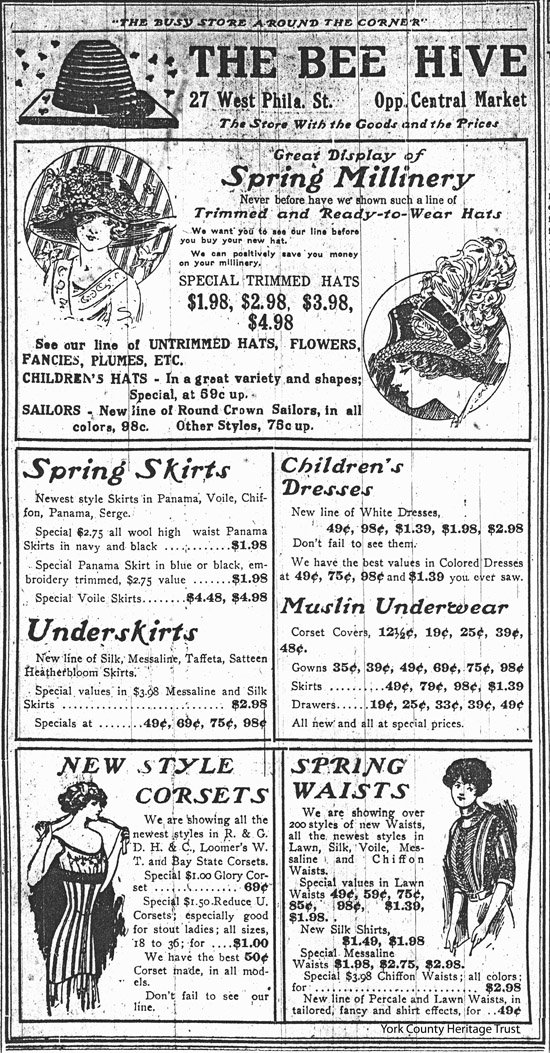