York women found it took time to be fashionable 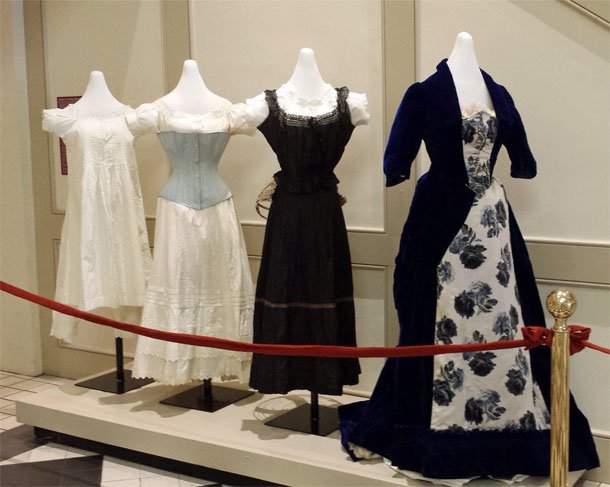 There is currently an interesting mini-exhibit in the entrance hall of the York County History Center museum at 250 East Market Street. Even though I sometimes mentally live in the 19th century, an exhibit like this reminds me to be thankful that I physically live in the 21st century.

The exhibit shows why it took women some time to get dressed, and why they often needed some assistance to get it accomplished. The label reads:

Shown here are four representations of the different stages of getting dressed during the late Victorian Period of the 1880s and 90s. The combination of these pieces allowed the wearer to achieve the highly-fashionable bustled look that was popular during this period.

The second mannequin includes a chemise with the addition of a petticoat and blue corset to cinch the waist.

The third mannequin includes the aforementioned pieces with the addition of a bustle to give shape and volume to the train and back of the dress.

Lastly comes a blue velvet evening dress which would be worn on top of these foundation layers. Though these pieces were not worn by a single Yorker, they come from various local families notes below.

The family names mentioned, either that of the donor or wearer of the garment, include Gallagher, Eisenhart, Forry, Tweedell, Emig, Skold, Geesey, Spangler, Gemmill and Keesey.

My photo of the midnight blue velvet dress with the blue roses on white silk doesn’t do it justice. Stop by and take a look at the exhibit yourself and ponder the time and care it took to be in style just a bit over a century ago. 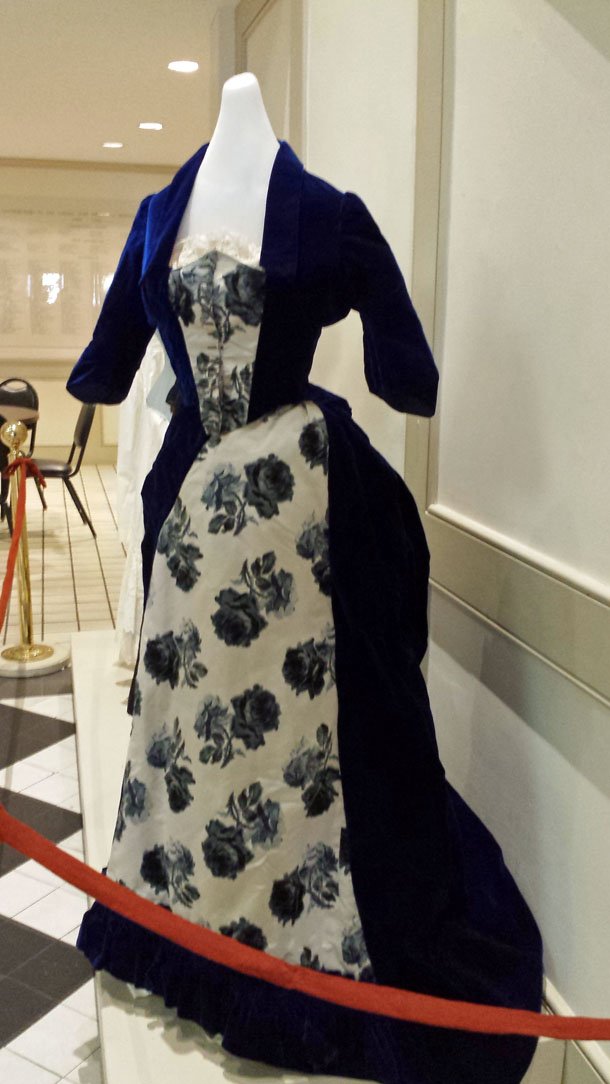