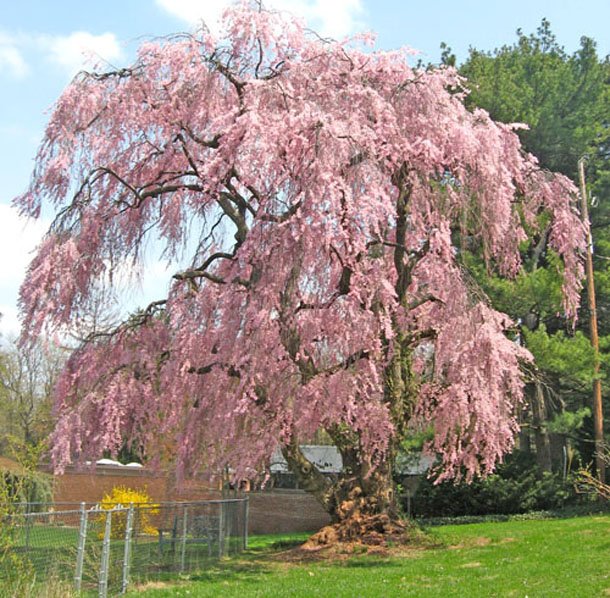 Spring view of Smith tree
Lucy Neville Mitchell was born in 1872 at Charleston, S.C. In 1902 she married Stephen Fahs Smith, an executive in the S. Morgan Smith Company founded by his father.
Mrs. Smith was very interested in genealogy, tracing descent from British royalty. The Smith estate in York was named Eltham after her ancestral home. She had a memorial tablet installed in Salisbury Cathedral in 1960 for her ancestor, Bishop Gilbert Burnet, who had been bishop there from 1689-1715. George Washington was also a relative.
But Mrs. Smith had another interest, one that, I believe, lives on today.

When searching some patents with local connections, I came across a patent for an ornamental cherry tree granted to Neville Mitchell Smith on June 23, 1936. She based the patent application on differences from other varieties of similar cherries. Her tree had very long drooping branches, more abundant leaves and was more prolific in flowering than the ordinary type. 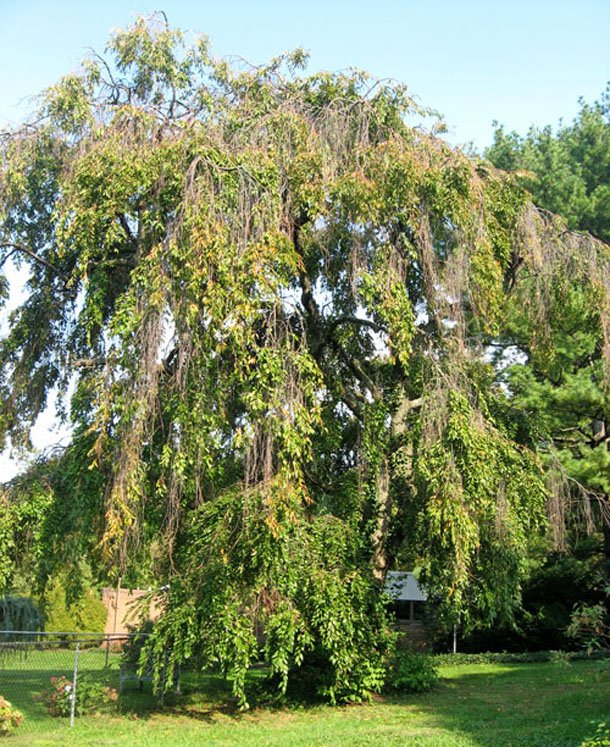 Fall view of the cherry tree
Click here to see the original patent application on Goggle patents along with the photo of the tree included in her application. She describes the tree at that time as being about 10 feet tall and ten feet across.
The Smiths’ former home was on Historic York, Inc.’s Dempwolf-related architectural tour last fall. The owner was kind enough to allow me to take photos of a huge ornamental cherry tree that I think is N.M. Smith’s tree. I recently stopped back to take more photos of the tree in bloom. It has multiplied its height and width several times over and was covered with spectacular blooms. I think Mrs. Smith would be pleased.
Click the links below for more York County developed fruit:
York Imperial apple.
York Imperial cherry.
Hersh’s Seedling apple