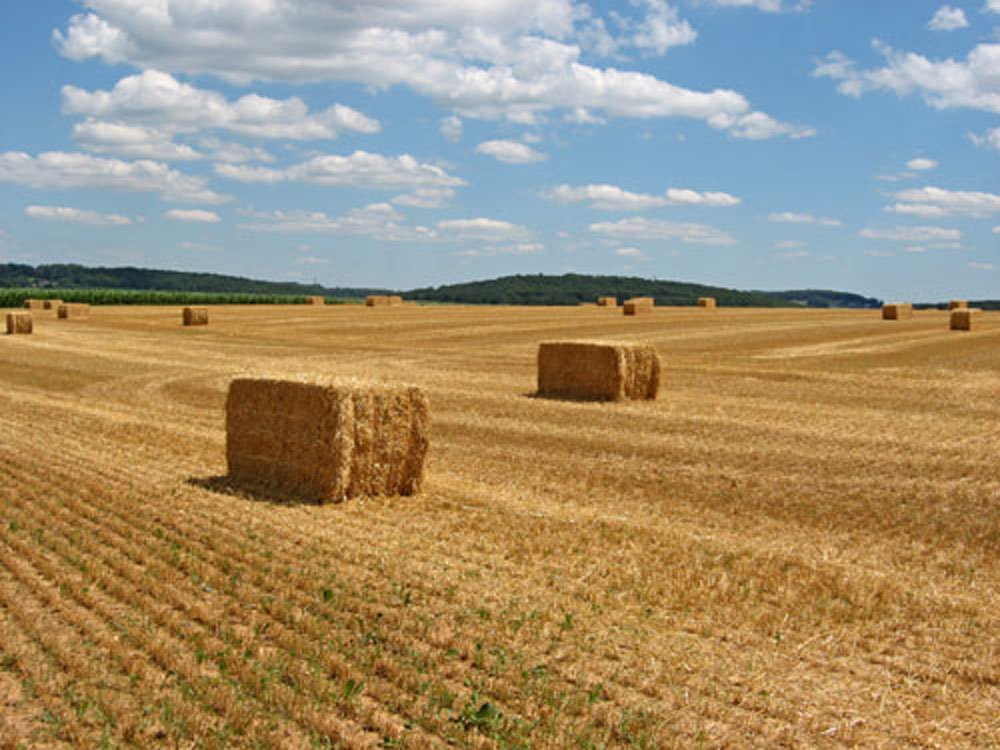 I suppose it’s human nature to look back to the “good old days.” They might not have been so great, but time makes them seem so. I was reminded of this when I stopped to take the above photo of freshly harvested straw bales in a field near my house.
Pennsylvania German poet Henry Lee Fisher (1822-1909) nostalgically decried the clatter of horse-drawn machinery in his 1888 book Olden Times, looking back to the wheat harvests, done entirely by hand, of his childhood.
I wonder what Henry would say about the humungous combines that now produce these huge bales while combining several harvest steps in one.
See below for a few stanzas from Fisher’s long poem “Harvesting” and accompanying illustrations (attb. Henry Barratt). 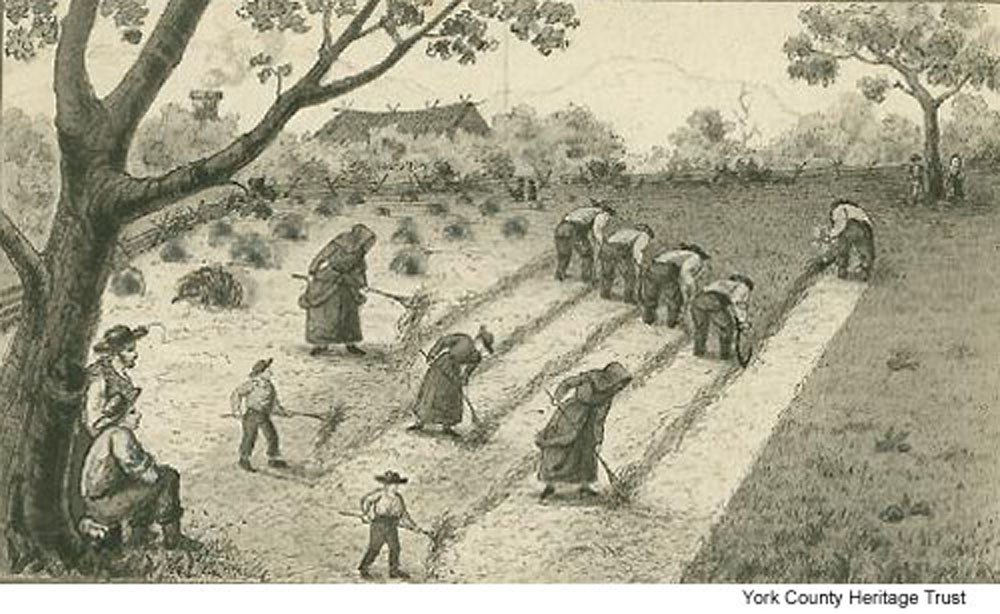 “From hence we watched the cradlers’ sturdy stroke,
And heard the chime of many a gleaming blade;
They bent their course toward yonder sturdy oak,
Which spread for them a still more ample shade.
I see the broad and length’ning avenue–
The swaths transformed to rows of lusty sheaves;
The raking binding, rustic retinue,
And what the raker for the gleaner leaves.

“No greedy, grasping, horse-rake then appeared
To mar the beauty of the harvest-scene;
Kind Affluence the heart of Want still cheered,
When Need and Want came asking leave to glean.
No noise monster’s rattling iron wheels,
Armed to the teeth with ruthless reaper-knives,
Flinging the arms of their audacious reels,
Menaces the simple farmers’ limbs or lives.” 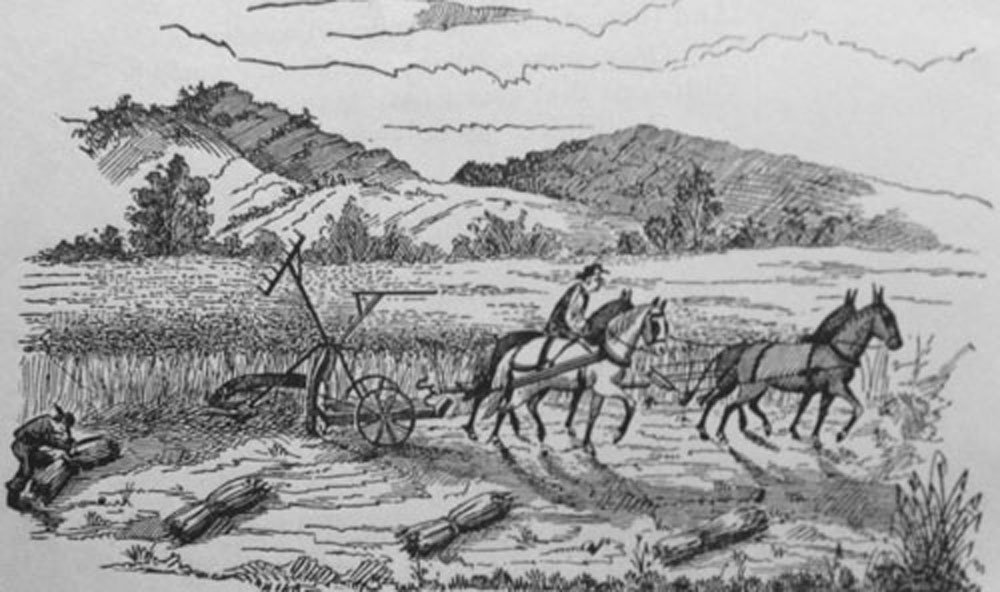 I’m lucky enough to have found my copy of the English version of Olden Times in a box lot at a public auction. If you want to read the whole poem, the book is available for reference use at the York County Heritage Trust Library/Archives. They also have the original 1878 Pennsylvania German edition (Die Alte Zeite), if you want a real reading challenge.