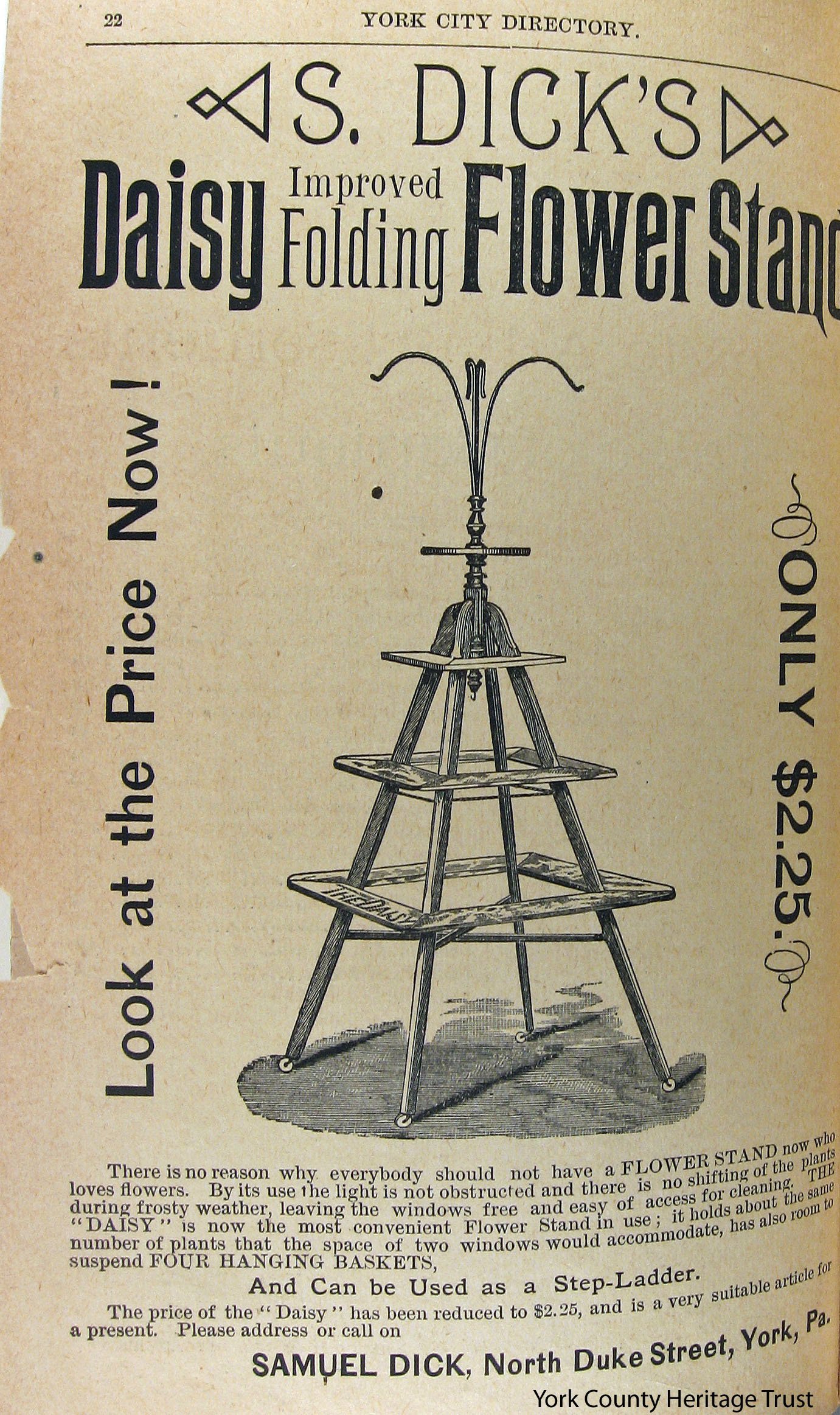 This one must be included in the “what were they thinking” category.

The full-page ad above is from a late 19th century York, Pa. city directory–it shows Samuel Dick’s “Daisy” folding flower stand. Mr. Dick was selling it at his establishment on South Duke Street; he may have also been the inventor of the contraption. It could be had for the reduced price of $2.25.

I don’t think it is very attractive, but tastes were different in that era. After all, the stand would hold two windows worth of flowers. (Never mind that the plants were apt to languish crowded together away from light—you put plants on window sills for a reason.)

What I found rather amazing was the large bold print “And Can be Used as a Step Ladder.”
First, the stand looks like it would hardly support the weight of a cat. Secondly, when you magnify the illustration, it rests on little wheels. Product safety doesn’t seem to be a consideration.

Does anyone have a Daisy plant stand that might have come down in the family or has been found in an antique shop or a public sale? Just please don’t use it as a step ladder.

Click here to see some other rather interesting York County inventions.