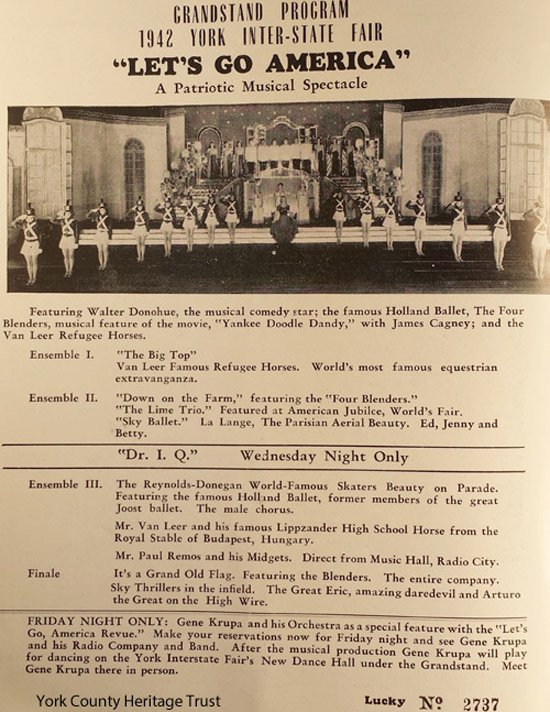 In my last post, I shared the position of the York Fair administration that the fair should go on during World War Two, unless a government order would direct closing, citing the Fair’s promotion of agriculture and manufacturing, as well as giving residents a time to relax during troubled times. Here are some more excerpts from the September 1942 York Fair program from the York County Heritage Trust files. Since the United States did not officially enter the war until the bombing of Pearl Harbor in December 1941, this would be the first York Fair after that date.

The full program below details activities and shows for each of the five days of the 1942 fair. Some were the usual racing and exhibit judging, and there were popular entertainers, such as Dr. I.Q. from the successful radio game show and famed drummer Gene Krupa and his band. 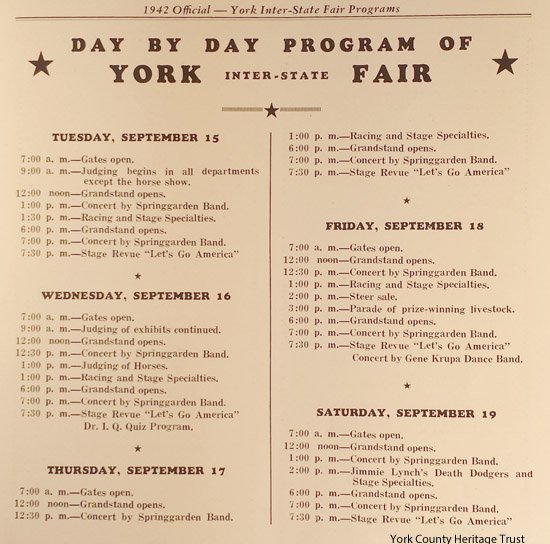 Each evening the grandstand featured a half-hour concert by the Springgarden Band, followed by the “Let’s Go America” patriotic stage revue. The program for the grandstand was the same every night, except Wednesday with Dr. I. Q. added, and Friday with Gene Krupa. The note at the bottom of the page says Krupa and his band would play after their show for dancing in the “New Dance Hall under the Grandstand.” Does anyone remember dancing there?

The acts in the review seem to be quite varied, including a comedian, a musical group, a high wire act, midgets and horses. I can’t find anything so far on the Van Leer Famous Refugee Horses. The program says his Lippzaner Horse would perform. The original Lipizzaner horses still perform in Vienna. They were rescued by the Americans during World War Two. There is also a troop of Lipizzan Stallions based in Florida that performs over the United States. 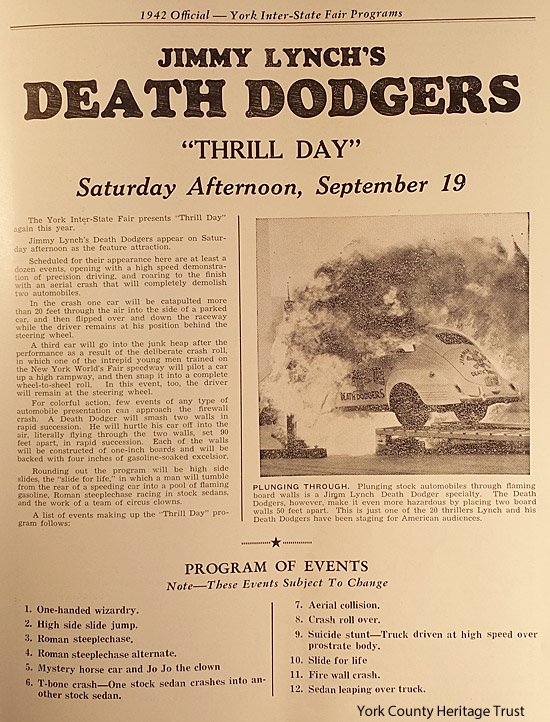 Saturday’s big draw was Jimmie Lynch’s Death Dodgers, whose death-defying stunts resulted in a lot of wrecked cars with the drivers hopefully unscathed.

This link will take you to previous York Fair posts.