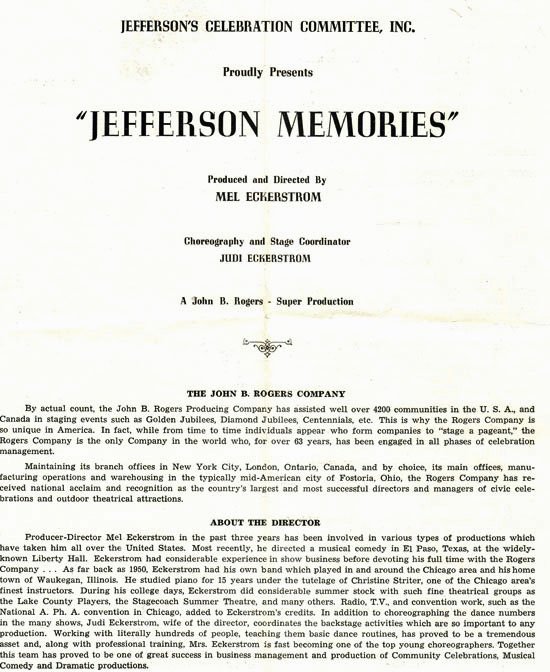 The York County community of Jefferson is proud of its history. The citizens of the small town (2010 population–733) will be celebrating its 150th anniversary in 2016. I don’t know how they will marking the sesquicentennial, but they will have to go some to top the 1966 Jefferson Centennial celebration.

“The Spectacular” caught my eye. It refers to a pageant presented each of the last four nights of the Centennial. They brought in a professional producer/director, Mel Eckerstrom, who put together “a Gigantic, Historical Spectacular…depict the History of Jefferson up to the present, with a cast of over 250 Jefferson area citizens. A staging area over 300 feet long, beautiful costumes, professional lighting and backdrops, professionally written script, props, produced by a professional director… .”

A copy of the pageant program for Jefferson Memories is also in the Jefferson file at YCHT. All four pages are reproduced here. Perhaps you or someone you know has fond memories of the centennial celebration and Jefferson Memories. 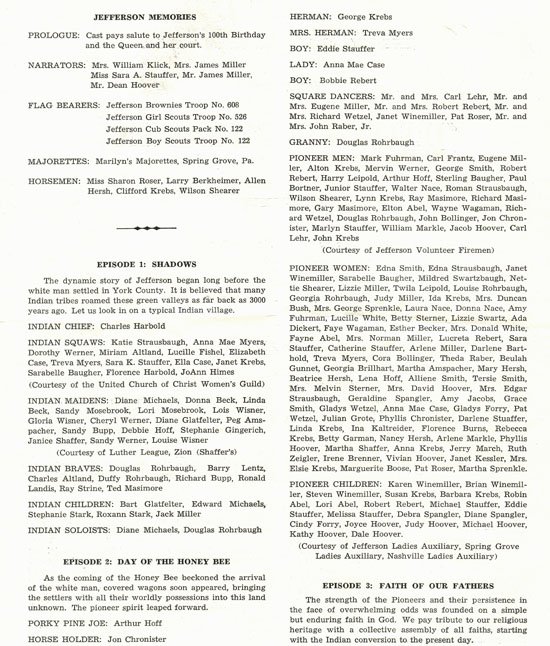 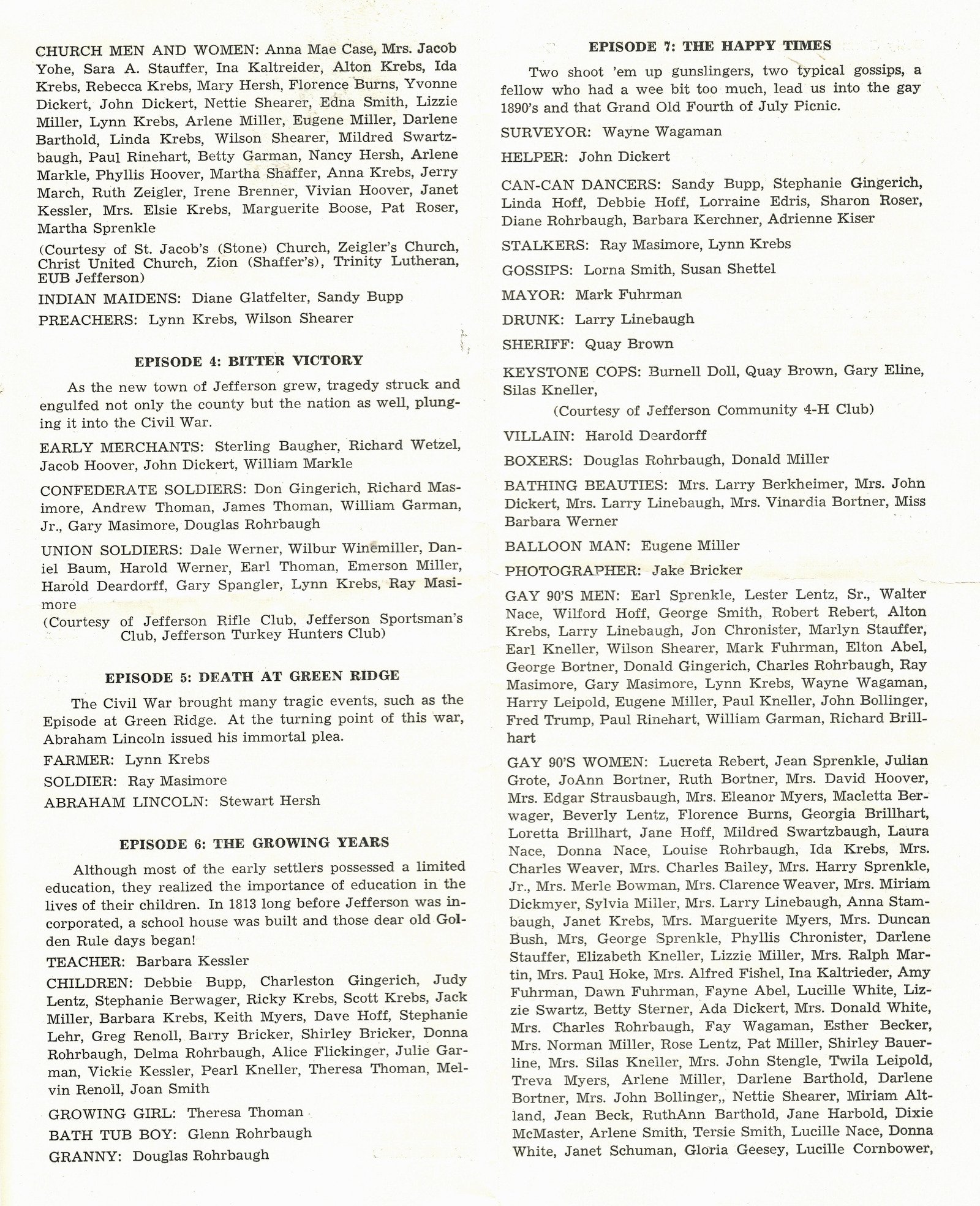 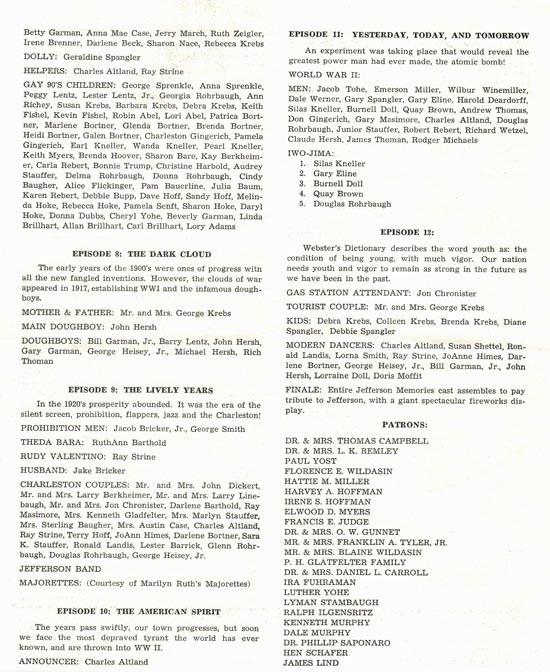