Tomatoes and Shakespeare and York County?

I recently wrote my York Sunday News column on the canning houses of York County, going back to the 1920s through the 1950s when the canneries dotted the county. Local farmers could easily haul their fresh vegetables just down the road to be canned and distributed all over the country.
The fanciful labels were lithographed in tempting color, usually depicting lush produce, but sometimes making you wonder why other designs were chosen. You can see the diversity in the photos shown here.
The Wel-Don bean labels above have a great story behind them. 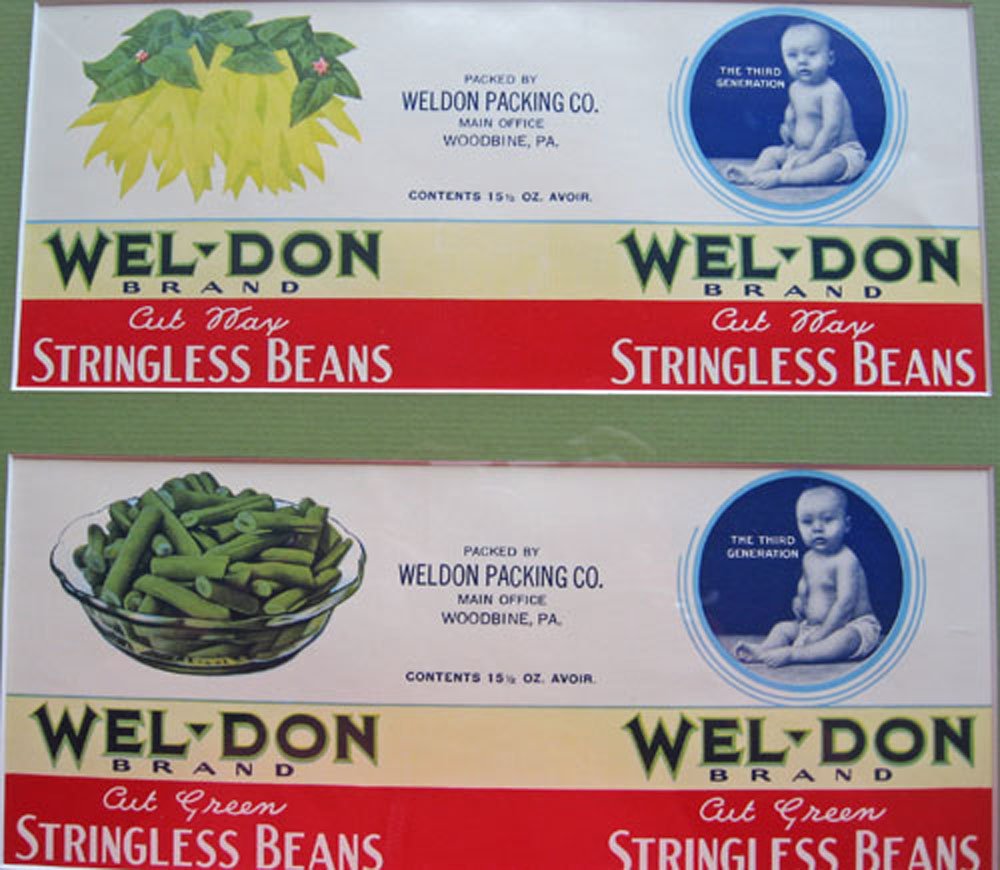 They are owned by a friend named Weldon. He had been looking for some Wel-Don labels for a long time and finally found these a few years ago. The story? His mother had told him that he was named for a can of peas. It seems the Ruff family, who owned the cannery at Woodbine, had a little boy named Weldon (probably the boy on the label). My friend’s mother looked at the label on her can of peas and liked the name. You have to admit Wel-Don is also a fitting name for a line of cooked vegetables. Woodbine is in “the lower end” of York County where Lower Chanceford, Peach Bottom and Fawn townships meet at the confluence of Muddy and Bald Eagle creeks.
The Avondale label, from the York County Heritage Trust Library/Archives, was printed for tomatoes canned at Shenk’s Ferry near the Chanceford and Lower Chanceford township line by the Susquehanna River. The label says Avondale tomatoes were distributed by the “Kroger Grocery and Baking Co., with stores throughout the middle west.” Even back then York County was helping feed the nation. I don’t quite get the Shakespeare connection with either York County or the Midwest, and tomatoes weren’t eaten in Shakespeare’s time, but I guess it was a marketing thing to make the tomatoes look classy.

The Red Seal sugar corn label was shared by another friend. The corn was canned by McConkey Bros. at Wrightsville. The red seal on the label is the Great Seal of Maryland. Perhaps they were packed for a Maryland firm. The registration was a little off on printing, but it still was a striking label.
Even though you didn’t get all the ingredient and nutritional information we have on labels now, the labels certainly had eye appeal. Come to think of it they probably didn’t have nearly the ingredients and additives in the canned goods as we do today. Just the vegetable of choice, water and salt.
York County canned potpie.
York County tomatoes shipped to Florida.