“The caption on the champion pumpkin above reads: Christian Lehman, Big and large Pumpkin, Grown in his garden. It was as large as a barrel and more in circumference round. Old Dr. John Fisher bought it and send it to Baltimore, to let them see what old York can Raise, and Examin it. No man could lift it from the ground. 1809.” 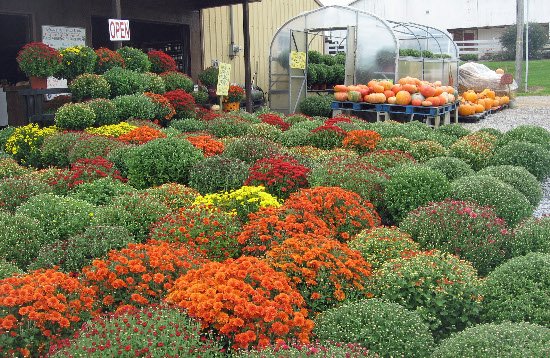 I thought of that pumpkin the other day when I stopped by John and Michelle Fitz’s farm market on Windsor Road, just off Rt. 24 (near Longstown). As you can see below, they have a nice array of pumpkins. Their huge mums are outstanding too—I always get mine there at a great price.

In my humble opinion—York County has the best seasonal and year-round farmer’s markets around.