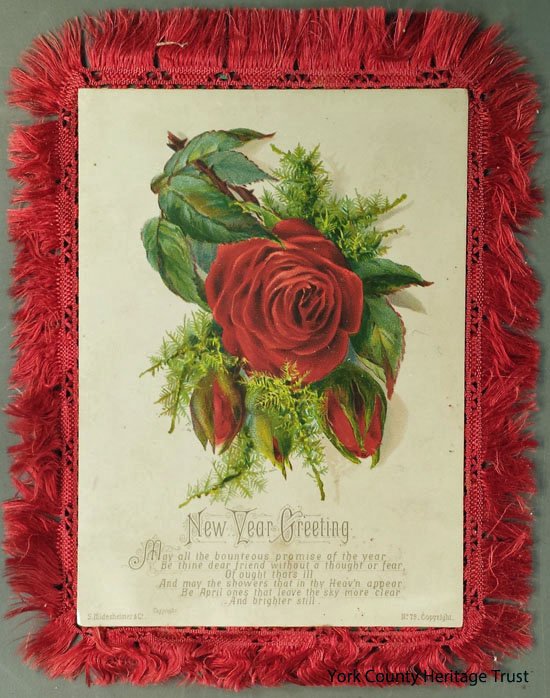 The very ornate silk-fringed holiday cards of the late 1800s into the early 1900s weren’t made in York, but they were popular with local residents. There are quite a few, donated over the years by York countians, in the York County Heritage Trust Library/Archives collections.

These are two of my favorites, both double sided to serve both as Christmas greetings and New Year wishes. 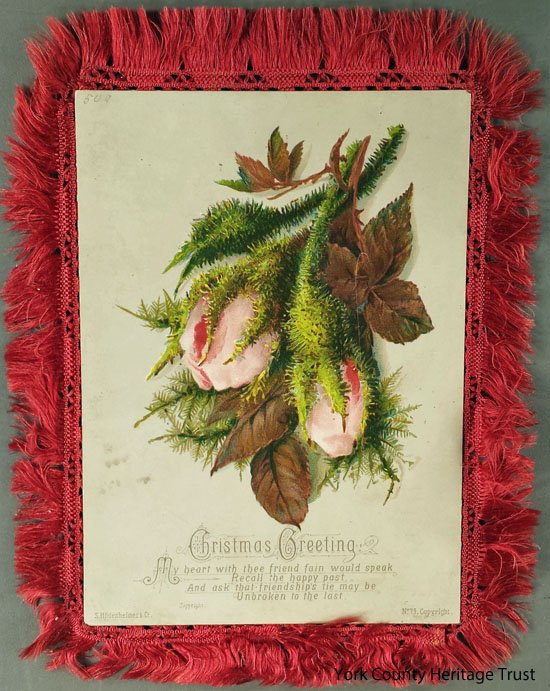 The card with the vivid red fringe displays rose buds on the Christmas side and a full blown red rose for New Year. It was published by Siegmund Hildesheimer, who was born in Halberstadt, Germany in 1832. He moved to Manchester, and then London, England, where he became very successful in the post card, advertising card and greeting card business. 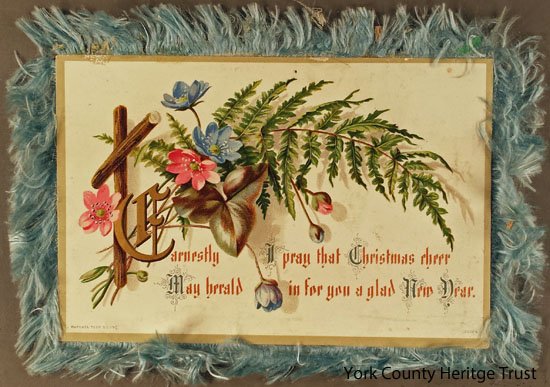 The blue fringed card has a different spray of flowers and wooden cross on each side. It was produced by the even better known card company founded by Raphael Tuck, who was born in Kozmin, Prussia [now western Poland] in 1822. He became so successful that his London firm was named “Art Publisher to the Queen” [Victoria]. 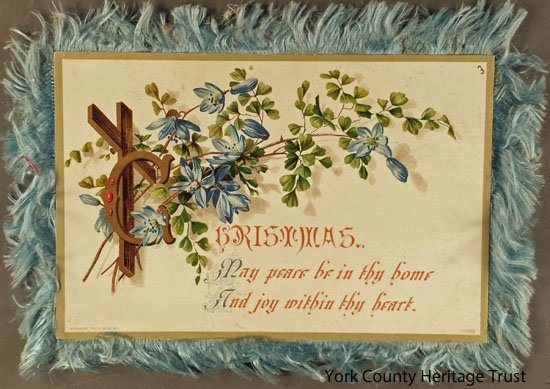 Both Hildesheimer and Tuck produced many cards, usually beautifully printed in Germany, for the American market. As a final parallel in their lives, according to the cemeteryscribes.com website, both are buried in the Willesden Jewish Cemetery in London.

This link will take you to much more on Victorian cards.