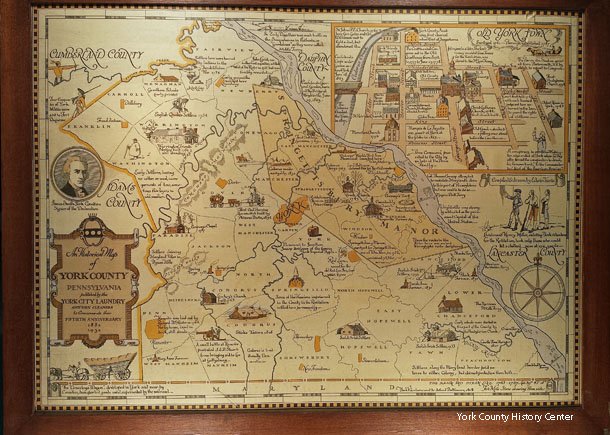 Prints of this illustrated map of York County were issued in 1932 to commemorate the 50th anniversary of York City Laundry and Dry Cleaners. It shows townships and some, but not all, of the present-day boroughs located in the county, as well as a close-up of downtown York. Curiously, the map also shows the outline of the 1722 Springettsbury Manor grant, not the eventually settled-upon 1768 boundaries that resulted in a narrower but longer piece of land kept for the Penns and their heirs.

A scroll below the drawing of York’s center states “Compiled & drawn by Edwin Tunis.” Tunis was a quite well-known author and illustrator, specializing in interpreting early American life for young people. His lavishly illustrated 1961 book, Frontier Living: An Illustrated Guide to Pioneer Life in America was chosen as a Newberry Honor Book, and it also received other awards in children’s literature. Tunis was born in New York state, but he attended the Maryland Institute of Art and spent much of his life in the Baltimore area. 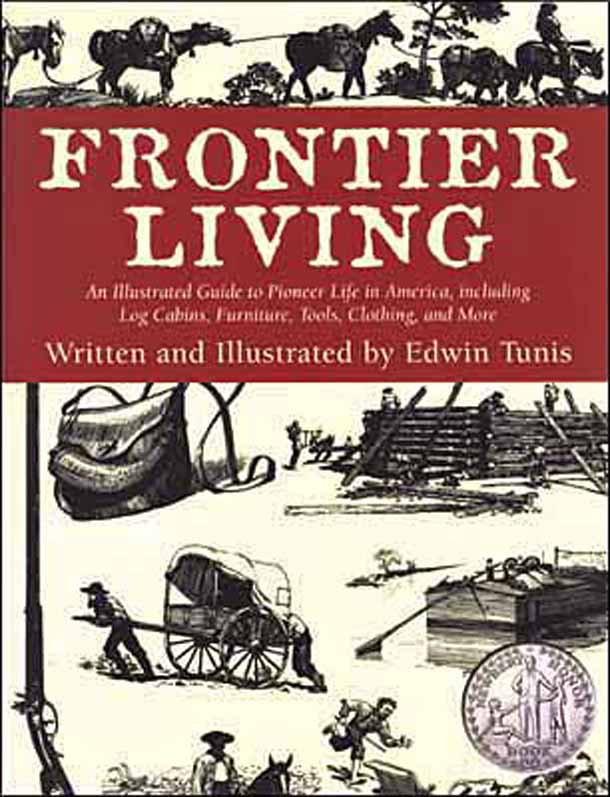 The profuse illustrations and nicely lettered captions capture many York County historical events charmingly, if not totally accurately. Most of the descriptions are good and the rest can at least serve as springboards for further research.

York County History Center Director of Library and Archives, Lila Fourhman-Shaull, reminded me of the map recently when she showed me a framed copy that has been donated to be sold at the upcoming Book Blast. (There are already several copies in the YCHC Library/Archives collections.) The Book Blast will be held at the Agricultural and Industrial Museum on West Princess Street August 10-12. Click here for more information. Many books of all types have been donated, including a nice selection pertaining to local history. The Thursday evening session is for YCHC members only, but you can easily become a member at the door.

There are two golden seals on the back of the framed map. One is of the framer, Kauffman’s Art and Gift Shop, 12-14 North Beaver Street. The larger seal reads “FIFTIETH ANNIVERSARY YORK CITY LAUNDRY 1882-1932 around the border; it incorporates William Wagner’s early seal of York Borough, showing Phineas Davis’s early steam locomotive, the York. 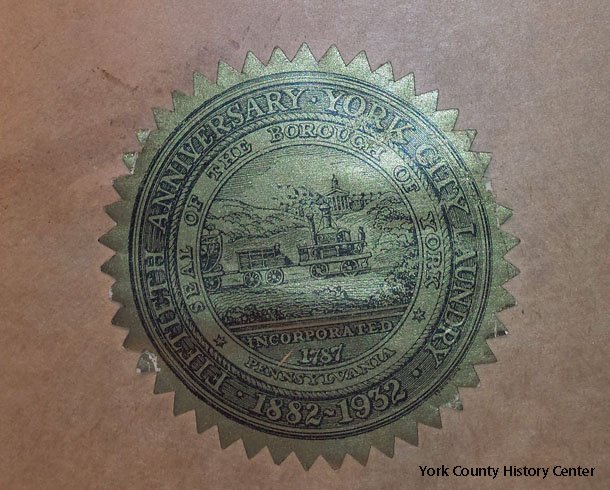