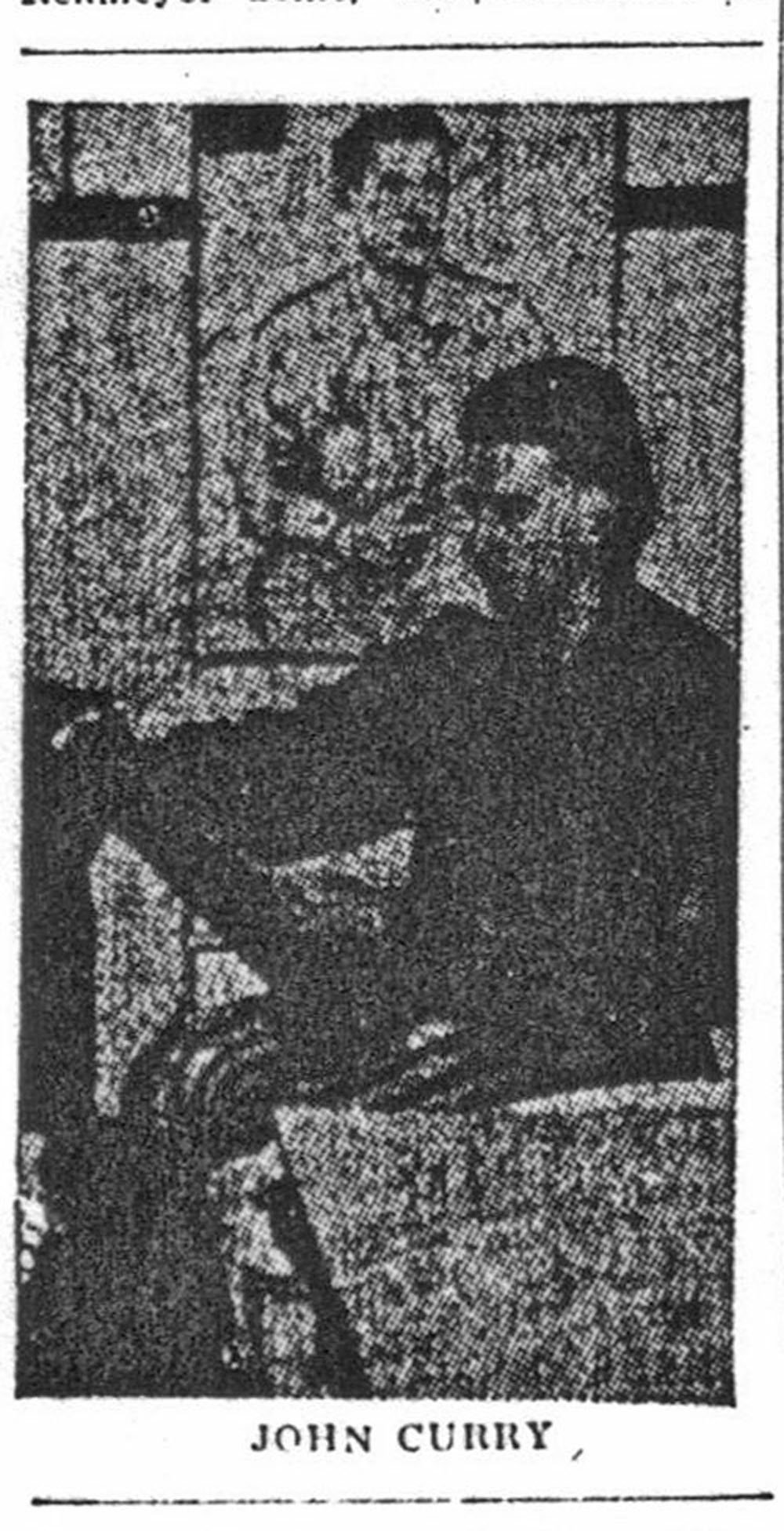 Fellow blogger Jim McClure just finished a four-part series on whatever happened to the “Hex” murder defendants. Two of those told about paintings by John Curry, one of those convicted in 1929 for the murder of Nelson Rehmeyer.
Coincidentally, while researching 1934 newspaper microfilm on another subject for an upcoming York Sunday News column, I came across an article about Curry’s future release from the Eastern state penitentiary in Philadelphia. It contained some information I hadn’t seen before about his art studies while in prison.
The headline of the July 25, 1934 York Dispatch article reads:

CURRY LIBERTY LOOMS AT END OF FIVE YEARS
YOUTHFUL SLAYER’S TERM COMMUTED TO FROM 10 TO 20 YEARS
WILL BE 24 BY 1939
The article states that Governor Pinchot approved the recommendation of the state board of pardons commuting Curry’s life term to a sentence of 10 to 20 years. It goes on to say:

“Curry, who was 14 years old at the time of the slaying and now is 19 years old, has acted as secretary to the prison welfare office while in the penitentiary and has been studying painting under the tutelage of Robert Susan, well known Philadelphia portrait painter. A number of Curry’s canvases were on display in the hearing room when the board of pardons heard the plea in Curry’s behalf in June.
The crime for which Curry was convicted attracted nation-wide attention and caused revival of interest and studies of ‘hexerei’ because of the ‘witch doctor’ angles of the case.
Curry’s please for clemency was that, a mere boy, he had been influenced by Blymire and had not gone to the hermit’s home intending to murder him, but merely to obtain the symbols with which to break the spell of witchcraft he believed Rehmeyer was practicing.”

I did some searching on Robert Susan. It turns out he was not only a fairly prominent portrait painter and art teacher in Philadelphia, but also the father of novelist Jacqueline Susann.
The image above, taken from a small one-column photo in a darkly-microfilmed York Dispatch, shows the 19-year-old Curry with some of his prison paintings.
Eastern state penitentiary is now a very impressive museum.
Curry and the others killed Rehmeyer while stealing his powwow book. Click here for a powwow charm found in a York County shotgun.
Click here for more on York County powwowing.