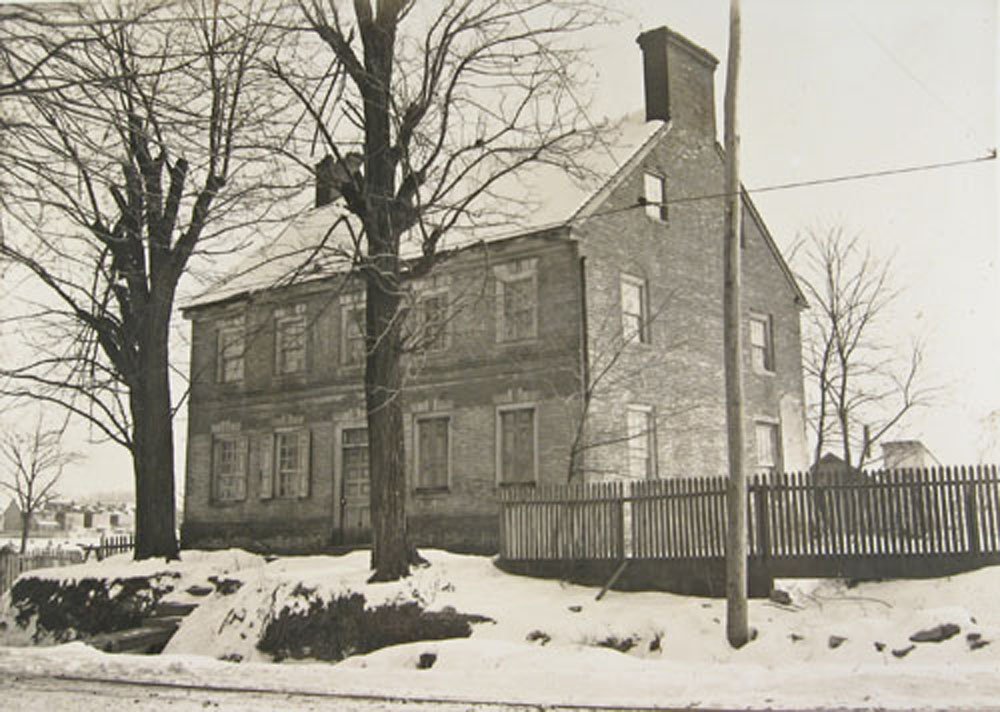 York County Has Ties to the Lincoln Conspirators

Spangler house–reportedly the site of the Sherwood-Bland school
There are two that I know of, and they are intertwined. One is Ned (Edmund, Edman, Edward) Spangler, the son of a former York County sheriff, who was the stage carpenter accused of trying to help John Wilkes Booth escape Ford’s Theater. He will be the subject of my May York Sunday News column and several blog posts.
Spangler did know Booth. He reportedly worked as a carpenter at the Booth home near Bel Air, Md. and may have lived near him in both Baltimore and Washington. But he could have possibly even known Booth in York.
York seemed to be a good area for boarding schools. They drew a good many students from Maryland. In the 1850s one of these schools, the Sherwood School, run by Charles H. Bland, had a soon-to-be-infamous student. Around 1853 John Wilkes Booth attended Bland’s academy, at least for a short time. A former school mate later remembered “Jack” Booth as a bully. The school is said to have been housed in a building originally belonging to an ancestor of Ned Spangler.
See below for some contemporary newspaper items about the Sherwood School, and stop by York County Heritage Trust to see a case exhibit on the Lincoln Conspiracy, including photos of John Wilkes Booth and an original playbill for Our American Cousin at Ford’s Theater on April 14, 1865.

Sherwood School in charge of Mr. C.H. Bland numbers about forty boys, the majority of whom are from Maryland.–The amount of money annually expended by this school is little less than $8,000.

Drowned–Mr. Moorehouse, the Head Master of Mr. Bland’s Sherwood School, near this place, was drowned Saturday afternoon last, at the navigation dam, about half a mile below York. He had been bathing with a number of the boys of the school, and accidently coming too near the fall, he was towed under it and drowned.–He was a gentleman of undoubted probity; devoted to the studies he had taken in hand; and was withal a Christian. He was graduated at Yale College. His relatives, we understand, are living in Connecticut.

Click the links below for more on the Sherwood School:
What was taught at the school.
Where the school was located.
(I haven’t seen The Conspirator yet, the new film focusing on Mary Surratt–it has been getting good reviews. Let me know what you think of it.)