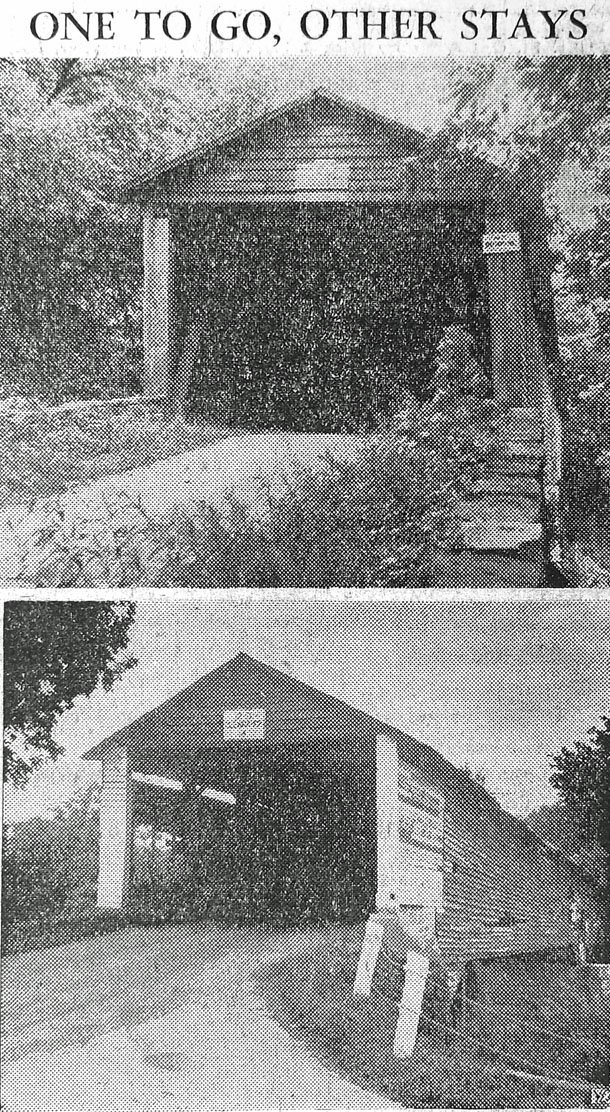 Ah, hindsight. By 1957 people were beginning to think that maybe we should preserve a covered bridge or so “for historical value.” This short article from the July 2, 1957 York Dispatch article tells of two York County covered bridges that were being considered for preservation. It reads:

ONE TO GO, OTHER STAYS

Top photo shows the Eisenhart covered bridge spanning the Big Conewago creek between Paradise and Washington townships which the county plans to replace with a new precast prestressed concrete deck. The bridge, considered at least 100 years old, is believed to be the last of the county-owned covered bridges. The county project, costing more than $50,000 will actually include two bridges—one to span the creek and the other the mill race. Several years ago the county spent $14,000 to place a concrete pier under the Eisenhart’s bridge. This pier will be preserved for the new project and two additional piers will be installed. Bottom photo is the weather-beaten Detter’s Mill bridge, a state-owned span which may be preserved for “posterity.” The Conservation Society of York County, however, believes the Bentzel’s Mill bridge would be a better example of covered spans to preserve for historical value.

The Conservation Society of York County did restore the Bentzel’s Mill bridge, which crossed the Little Conewago creek near the present route of Greenbriar Road, only to have it fall to the flooding of Hurricane Agnes in August 1972. Sources indicate that the Detter’s Mill covered bridge, which at one time carried Harmony Grove Road across the Conewago Creek, collapsed and burned in the early 1960s before it could be restored. These were the last two covered bridges entirely in York County, so it would have been nice if there had been a spare or two. 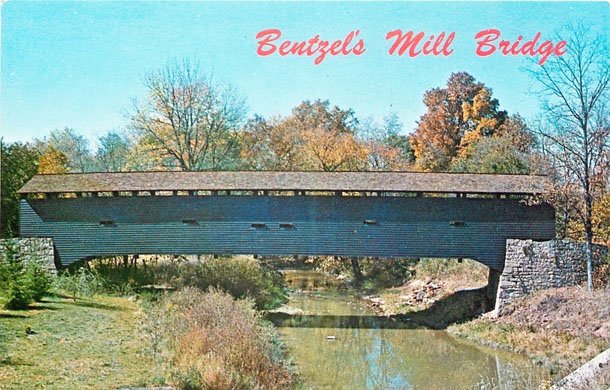 Click here for my recent posts on the demolition of the Kunkle’s Mill bridge and as well as one near Zion’s View and another near Hallam.

The two photos below of the Detter’s Mill bridge, from the Library of Congress online collection were taken in 1962 by York photographer Paul Galbreath.  At over 250 feet long, it was one of the longest in the state and required an extra pier to support it. 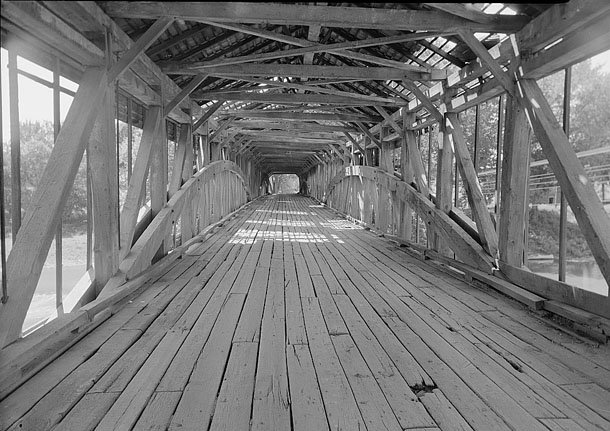 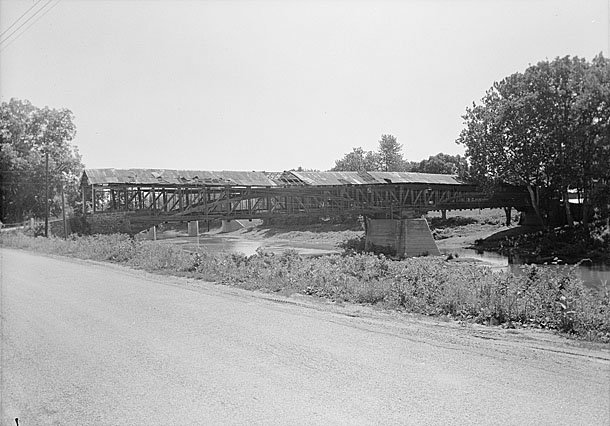