York County children enjoyed seeing their work in the newspaper 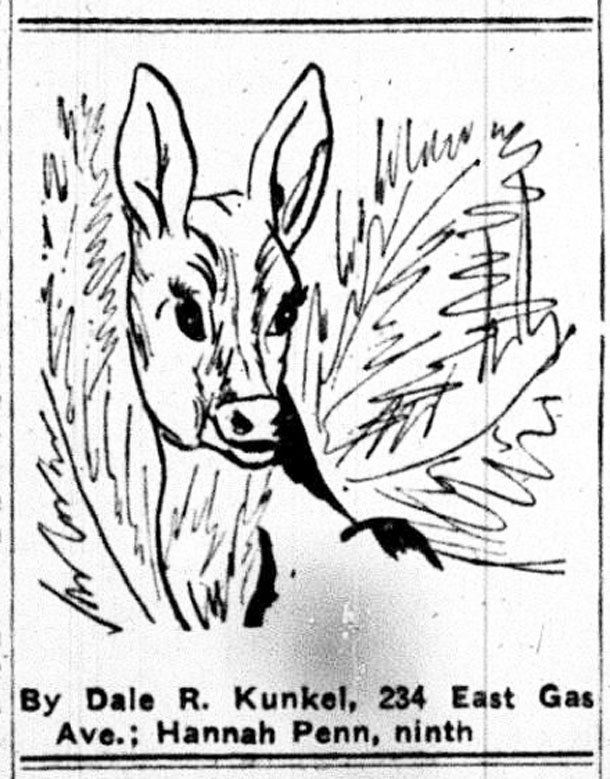 For many years the Junior Dispatch page was published on Saturdays in the York Dispatch. Pupils of fourth through ninth grades could submit their writing and art through their teachers. Children could contribute “stories, photos, cartoons, drawings, articles, poetry, editorials, jokes, or other types of materials,” as long as they were their own work. The paper would reward each child whose entry was published with a silver dollar as well as a “Junior Press Card.”

I was reminded of the Junior Dispatch by a friend who retrieved a copy, from the Dispatch microfilm at the York County History Center, of her brother’s submission. She planned to present it to him when she visited him in Florida. Here is his short piece, along with a few others from the November 9, 1957 Junior Dispatch:

One day my father and I were flying our airplanes. My father was flying his radio control and I was flying my line control. It was fun because we flew all afternoon.

When we came home it was time to go to evening church. My mother made me take a bath. But when I was done, it was too late to go to church. So I had taken a bath for nothing.

At least that’s what I said.

Max would still have been attending a one-room school at the Brogue in 1957. As I have written before, Chanceford Township, now part of the Red Lion Area school district, opened their new consolidated school just in time for the 1958-59 school year.

By the late 1950s many of the other Junior Dispatch contributors were already attending elementary schools with each classroom housing the same grade level, as today. Here is a contribution with some drama from a York City resident:

One day I was out playing and I found a baby bird. I picked the tiny bird up. I looked to see if I could find the bird’s nest. When I didn’t find the nest I took the bird home.

He was very weak, and couldn’t fly. I gave him some bird seed and, boy, did he eat!

Then I got a box to keep him in. When he was strong again I took him outside. He tried to fly but he couldn’t. Then another bird came to the ground. It was the baby’s mother.

The mother walked over to the baby bird. I hardly breathed. Then the mother tried to make the bird fly.

All of a sudden the baby started to fly. Then the mother flew the other way.

Finally, I don’t think you can buy a lizard any more at the fair:

One day at the York Fair I bought a lizard. It had a red string around its neck.

My heart was beating fast. If I hadn’t caught it my mother would have been mad.

The next time I cleaned his pen I didn’t have any trouble.

The Junior Dispatch seems to have continued as a website to which students could submit their art and writing in the 21st century, but I couldn’t find anything updated since 2010. I am assuming, therefore, that the Junior Dispatch is no more, but please correct me if I am wrong.