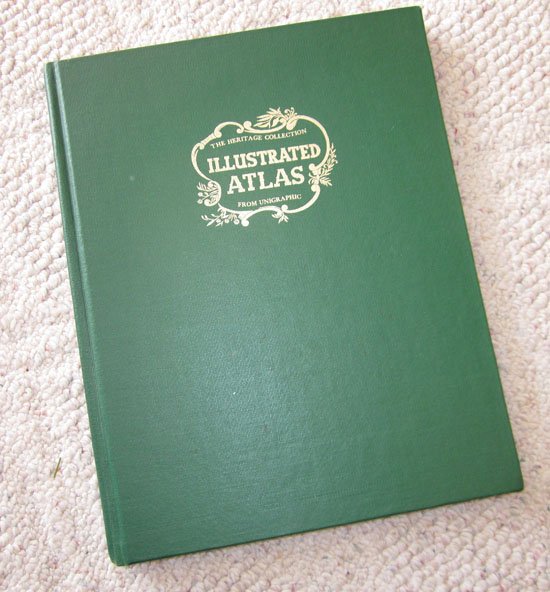 I often use portions of maps from the combined 1876 York County atlas and 1903 York City atlas in my posts. It occurred to me that not everyone might be familiar with these invaluable sets of maps, so here is a little descriptive information on each section:

The two atlases were first reprinted as a combined volume by the Historical Society of York County (now York County Heritage Trust) many years ago. They have been kept in print by YCHT ever since and can be picked up at the YCHT museum shop at 250 East Market Street, York or can be ordered through the YCHT web site (plus shipping).

The 11 x 14 hardcover volume contains 128 pages. The resolution is very good; even the tiniest print can be easily read with a magnifying glass, and sections can be scanned and blown up without losing detail.

The first part of the volume is the Atlas of York Co., Pennsylvania: Illustrated from Actual Surveys by and under the Direction of Beach Nichols. It was originally published by Pomeroy, Whitman & Co., Philadelphia in 1876. 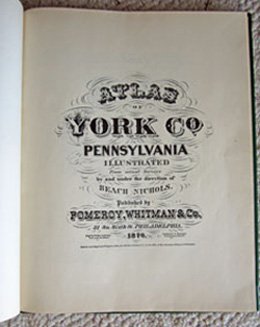 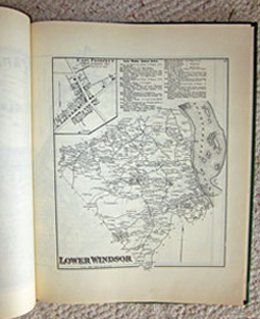 An index and contemporary maps of the United States, Pennsylvania and York County make up the first part of that section. Separate maps of the 30 existing townships of that period follow, each taking up at least one page. Maps of 43 different boros or villages are included, inserted on the page of their surrounding township or grouped with others on another page. Each individual property owner is shown in place on these maps.

There are listings, some quite lengthy, on each page of businesses in each township, boro or village. (Yes, there were sponsorship opportunities back then too.) In addition, 16 full or double-page spreads are engravings showing prominent buildings, such as A.B. Farquhar’s Pennsylvania Agricultural Works, most of which no longer stand.

The second section of the volume is the Atlas of the City of York, York County, Pennsylvania: From Official Records, Railroad Surveys and Recent Surveys by the Author, Drawn and Published by Fred’k B. Roe, Surveyor and Draughtsman. It was published in Philadelphia in 1903.

It begins with a two-page map giving a view of the city and immediate suburbs. That map is keyed with numbers 1-21 donating on which of the 21 double page spreads you can find the relevant sections. It shows each property owner, business and public building in scale at the appropriate location. 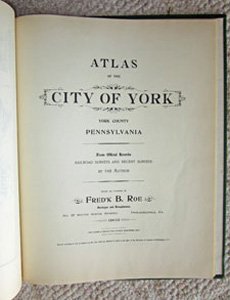 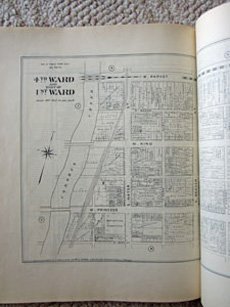 Click here for more on the 1876 county atlas and atlases from other counties.