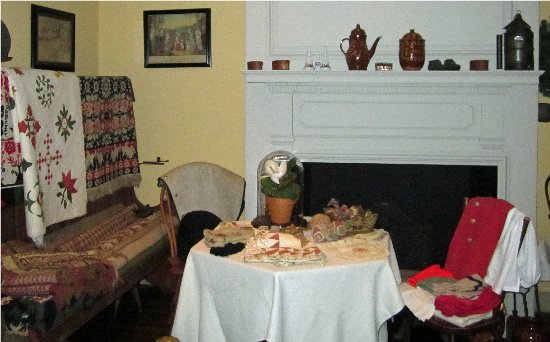 Touring the wonderful Christmas displays at Winterthur Museum has become part of my annual holiday celebration. I was thrilled Sunday to hear the Winterthur guide tell us that the very first area we were touring this year was based on an account of a Christmas fair held by the Dorcas Society in York 1830.

The December 14, 1830 York Republican related that all, particularly “our country friends,” were invited, “as goods will be sold low and comprise the greatest variety of fancy articles.” The items for sale included things for women and children from pocketbooks and bonnets to dolls and toys. 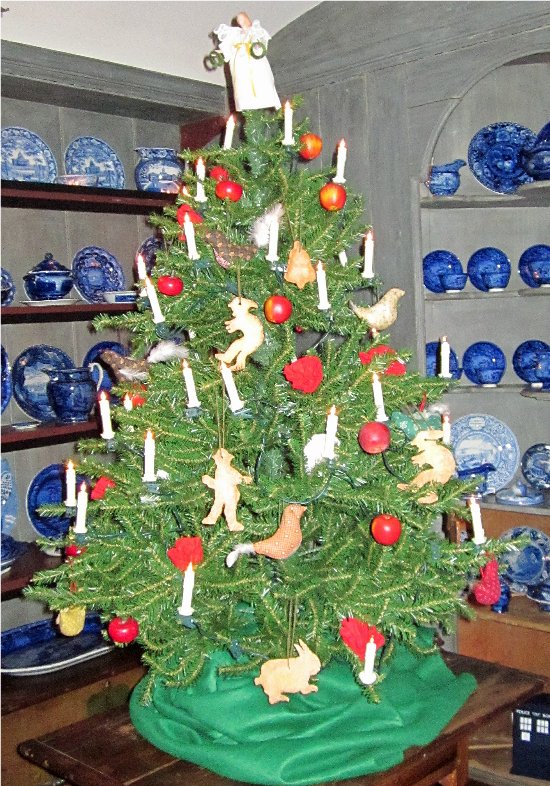 Most exciting was “the exhibition of a famous CHRISTMAS TREE,” which could be seen for 6 ¼ cents per person. Proceeds would go to the “poor widow and friendless orphan.” As you can see in these photos that I took Sunday, Winterthur has even interpreted the long-ago tree, which some sources say may be the first documented display of a public Christmas tree.

Dorcas was a disciple in the New Testament whose friends were lamenting her death because she had been such a good woman, helping the poor and making clothing for them. The apostle Peter was called and she revived after Peter prayed over her, much to the joy of her friends.

Dorcas societies date back to the 1820s, making the York organization a quite early one. They are not restricted to any one denomination, and have been helping the poor for nearly 200 years. In the January 16, 1903 issue of The Lutheran Observer, a regional news journal, Rev. G. W. Enders of Christ Lutheran Church of York reported that the Dorcas Society prepared a box of goodies for the children at the Lutheran orphanage at Loysville.

I don’t know if there are presently any Dorcas Societies in York County, but they do exist today; one group meets weekly at Cavalry Lutheran Church in Minocqua, Wis. They make hundreds of quilts each year to be distributed throughout the world by Lutheran World Relief.