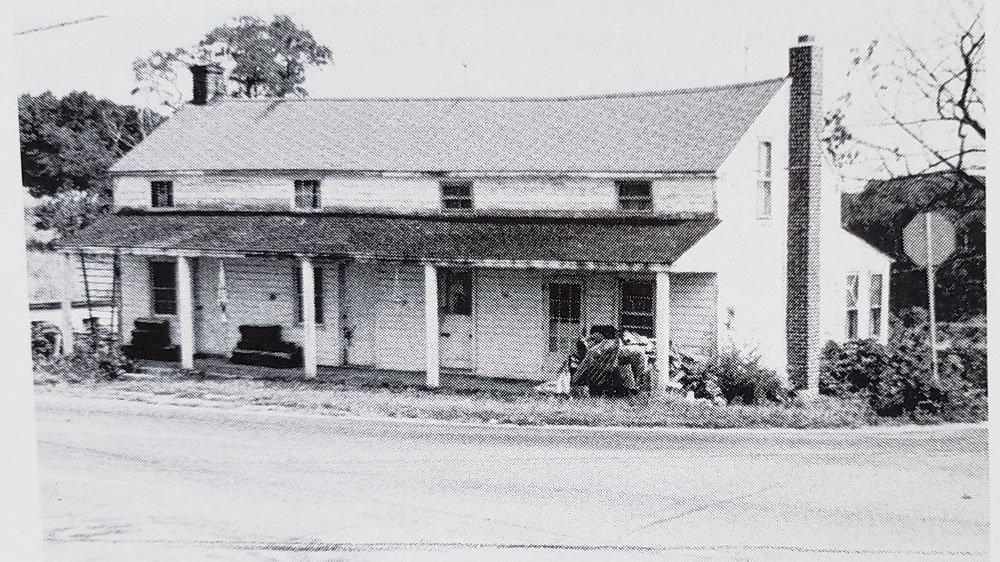 Do you ever wish you knew what your ancestors were like?  After all, they were living, breathing souls just like you and me.  Most of you probably know or knew your parents and all or many of your grandparents.  Some even remember a great-grandparent or so.  Just multiply those family members exponentially and you see the myriad of personalities that contributed to uniquely you.

Occasionally a diary or packet of letters has been passed down, a real treasure trove in getting to know a forebear, but that is an exception that doesn’t happen to many of us.  Not many of my ancestors even had wills until a few generations ago; then you don’t get the list of bequests, inventory of personal property and vendue (public sale) record that probating an estate brings about.

I have been lucky with one branch, the Crosbys.  In the late 1700s into the early 1800s James and Sarah Crosby had a tavern about two miles south of Red Lion on present Route 74; at that time it was one of the major county roads since it led to McCall’s Ferry and Peach Bottom Ferry, two important Susquehanna River crossings.  James died in 1803, having mapped out Sarah’s future in detail in his will.  Sarah basically ignored it, as I show below.  I think I might have inherited some of her independence genes.

Here is more on the Crosby tavern, probably a typical example of York County taverns two hundred years ago:

Since I write about York County history, it follows that I do most of my research at the York County History Center.  I never dreamed that a pandemic would pop up, resulting in loss of access to that treasure trove.  Without many days left until column deadline, I was still waiting for inspiration for something I could put together using paper and digital files I have at home.  Then, out of the blue, a Facebook message came from another local history enthusiast.  (Thanks Eric!)

He asked me about the tavern my fourth great-grandparents, James and Sarah Crosby, operated as early as the 1780s in Windsor Township.  (James died in 1802 and a few years later Sarah opened another tavern a few miles away that became the Red Lion tavern, the town’s namesake.) I am indebted to the late Richard Ritz for his extensive research on the Red Lion tavern in the 1970s.  That research uncovered information on the Crosbys and the earlier tavern.  There was my inspiration!

When you start digging into the 18th and 19th centuries, you realize the wide distribution of taverns throughout the county. The 1821 Small and Wagner map of York and Adams counties show the location of some, but not nearly all, of three principal institutions: churches, mills and taverns.  Taverns served as community meeting places, not just as a site for drink, meals and lodging.  Elections and public sales were held at taverns.  Militia companies met on their grounds to train.  The Crosbys serve as an example of everyday life two centuries ago.

The family is first documented in York County in 1772 when the baptism of my third great-grandfather, John Crosby, appears in the records of York’s Christ Lutheran Church. That doesn’t necessarily mean they lived in the town of York.  Each pastor often had a charge of six or more congregations spread throughout the county.  Pastors sometimes lived in York and rode out in rotation to the other congregations.  Some pastors kept separate records for each congregation, but others logged them all in one volume. A good percentage of York County church records have survived, especially those of the Lutheran and German Reformed denominations.  These older records were borrowed, microfilmed, translated and transcribed around 80 years ago by Henry James Young, Director and Librarian of the then Historical Society of York County, and they have been used heavily by researchers ever since. The Crosbys are buried at the Lutheran Church at Freysville, and probably worshipped there.

York County tax records are not complete either. James Crosby is first found in surviving Windsor Township records in 1785.  By 1788 he is taxed on 140 acres.  Land was plentiful; by James’s death in 1802 his holdings totaled 240 acres.  The federal “Glass Tax” of 1798 shows a dwelling large enough to accommodate travelers, as well as house James and Sarah and their numerous children.  Their 1 ½ story log house was 41 by 24 feet, with 10 windows containing 120 lights [panes]. A 24 by 20 feet stillhouse, a stable and a barn were also on the property.

The family is enumerated in the 1790 first federal census with two males over 16, two males under 16 and four females. Three more children would be born in the next decade, since James mentions that, after other bequests, his estate was to be divided into nine equal shares among his sons and daughters.

James Crosby is very precise in planning Sarah’s life after he is gone.  The first item in his will sets aside “four acres of land where the stillhouse stands now with springs thereto belonging.” During the next two years, the stillhouse was to be converted into a two story dwelling sufficient for her to live in for the rest of her life, and a stable was to be constructed there for her cow.  For the two years immediately following James’s death, Sarah was to live in the “new end” of the house and “keep publick as she formerly hath done.”  The rest of the “plantation” and “the old part” of the house were to be rented out, with stipulations that Sarah retained a stable, half of the hay loft, half the garden and “shade for the travelers horses” during those two years.  She could choose three apple trees in the orchard, have rights to firewood and a half acre of flax to be planted and harvested for her.  Sarah was charged with overseeing the support of the three youngest children until they were 14, with expenses coming out of plantation rent.  David was to be put to school “to learn to read and write, cypher the five common rules in arithmatick,” while Rachel and Mary were to be put to school “and learnt to read in the Bible.”  This example shows writing and arithmetic were sometimes not deemed necessary for girls. It is a reminder that if someone, especially a woman, signed a document with simply a mark, it does not mean she could not read.

James also details household goods for Sarah to keep, naming the pieces of furniture and items such as “all her china,” along with all the silver spoons, six pewter plates and six pewter spoons, tea kettle and coffee pot and a looking glass.  He also stipulates that the furniture and clock needed to operate the tavern were to be under her care for the next two years.

James may have meticulously planned, but Sarah evidently had a mind of her own.  In 1804 she bought 2 ½ acres on what is now North Main Street in Red Lion.  She ran a tavern there until she died in 1825. Her youngest, Mary, continued the business with husband Jacob Nicholas until the early 1840s.  Jacob Hake was the next tavern keeper on the property.  One of the later operators seems to have started using the Red Lion name.  All of Sarah’s children would have reached age 14 by 1815, so the original plantation and tavern property was sold at public sale that year and James Crosby’s estate was finally settled.

When I first discovered my connection to the original tavern, I contacted the owners at the time, and they graciously showed me through.  A log wall still divided the “old” and “new” sections. I especially remember the wide wooden doorsills, worn into deep depressions by centuries of being trod upon.

Sadly, the building, at the intersection of the Delta Road and Bahn’s Mill Road, was torn down in 1996.  Different people had bought it and built a new house farther back on the lot.  Logs, carefully put into place over two centuries before, lay in piles for years.  I still lament the loss every time I pass. 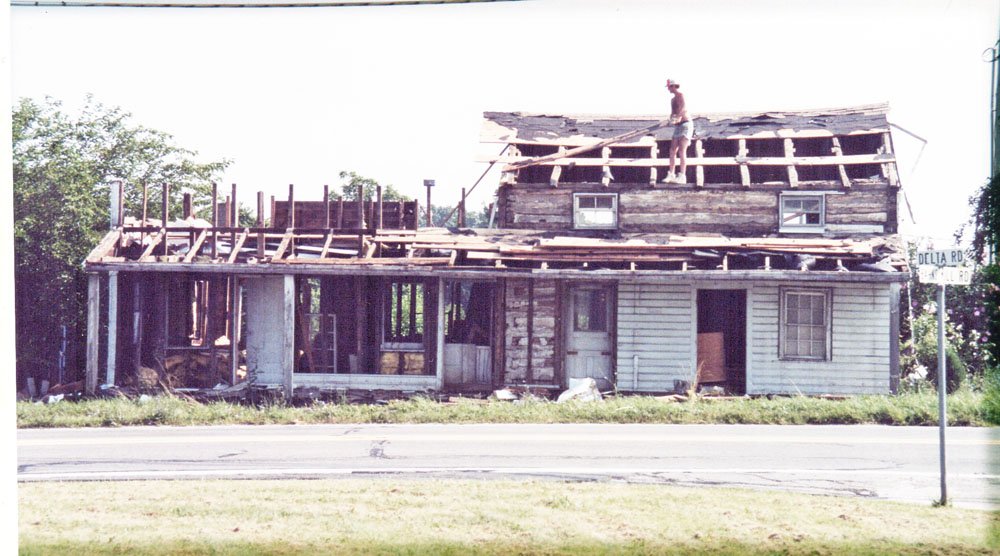