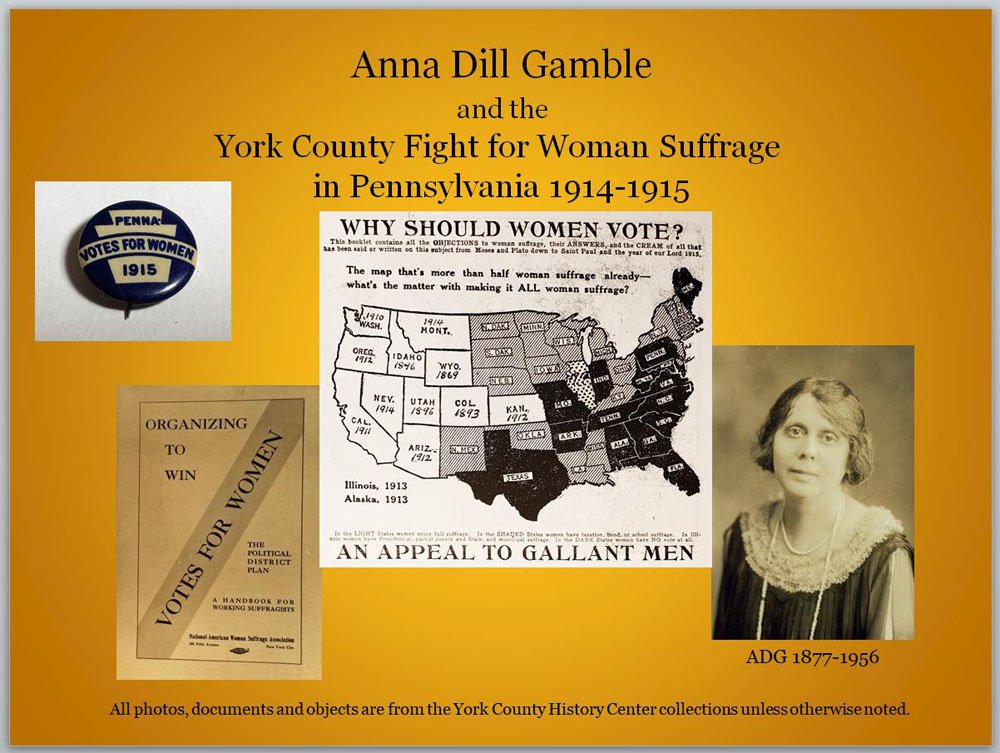 I just learned that there are spaces available for my PowerPoint presentation for OLLI next Wednesday, September 9, on the local fight for Woman Suffrage.  It will be from 9 to 10:30 a.m. in the Terrace Room at Wisehaven.  Registration is required through OLLI; no walk-ins.  Click here for the catalog and registration information.

Anna Dill Gamble, already well known locally for her successful leadership in social reform, was well chosen to lead the York County crusade.   For a glimpse of the activity led by Gamble and her countywide crew of tireless women click here for my previous York Sunday News column.

Gamble was passionately interested in local history and also involved at the Historical Society of York County, predecessor of the York County History Center.  That led to the happy result of her hundreds of pages of correspondence, newspaper clippings and other material on the local suffrage movement now being available for research in the YCHC Library and Archives.

In the clippings I found that the last big local event before the 1915 election was on November 1, when Alice Dunbar, a universal suffrage advocate and well known poet in her own right, as well as being the widow of famed African American poet Paul Dunbar, spoke at a mass meeting at the court house.  A popular suffrage speaker, Mrs. Dunbar had drawn crowds several times before in York, speaking at the A.M.E. church, the People’s Forum and York High School.  A special York County Woman Suffrage Party sub-committee of local African American suffragists was in charge of the event.  The Friends of the Lebanon Cemetery Facebook group has found more on the committee members, especially Mrs. Ethel Cowles Armstrong, chairman.  The other committee members were Mrs. Georgiana Fulton, Mrs. Susan Foster, Mrs. J.T. Reed and Miss Katherine Gibson.

Another highlight was the Justice Bell, the replica of the Liberty Bell that taken on a tour of the state promoting Woman Suffrage.  Anna Dill Gamble was able to snag it for York County for nearly a week during October 1915, so that it could be displayed at the county’s biggest event, the York Fair.  It was also paraded through the streets of York and made stops in many of the county towns before continuing on.  The only difference between the original Liberty Bell and the Justice Bell, besides the famous crack, is the addition of “establish justice” to the top line of its inscription.  The clapper was chained to the side so that it could not be rung until women won the vote.  Click here for my column on the Justice Bell.  The Justice Bell has been on display at the Washington Memorial Chapel at Valley Forge, but it is on tour this year to mark the 100th anniversary of Woman Suffrage. It will be on exhibit at the York County History Center from September 15 to October 10 and the Second Saturday speaker on October 10 will be Amanda Owen, Executive Director of the Justice Bell Foundation.  Click here for more information on the program and the actual Justice Bell on exhibit. 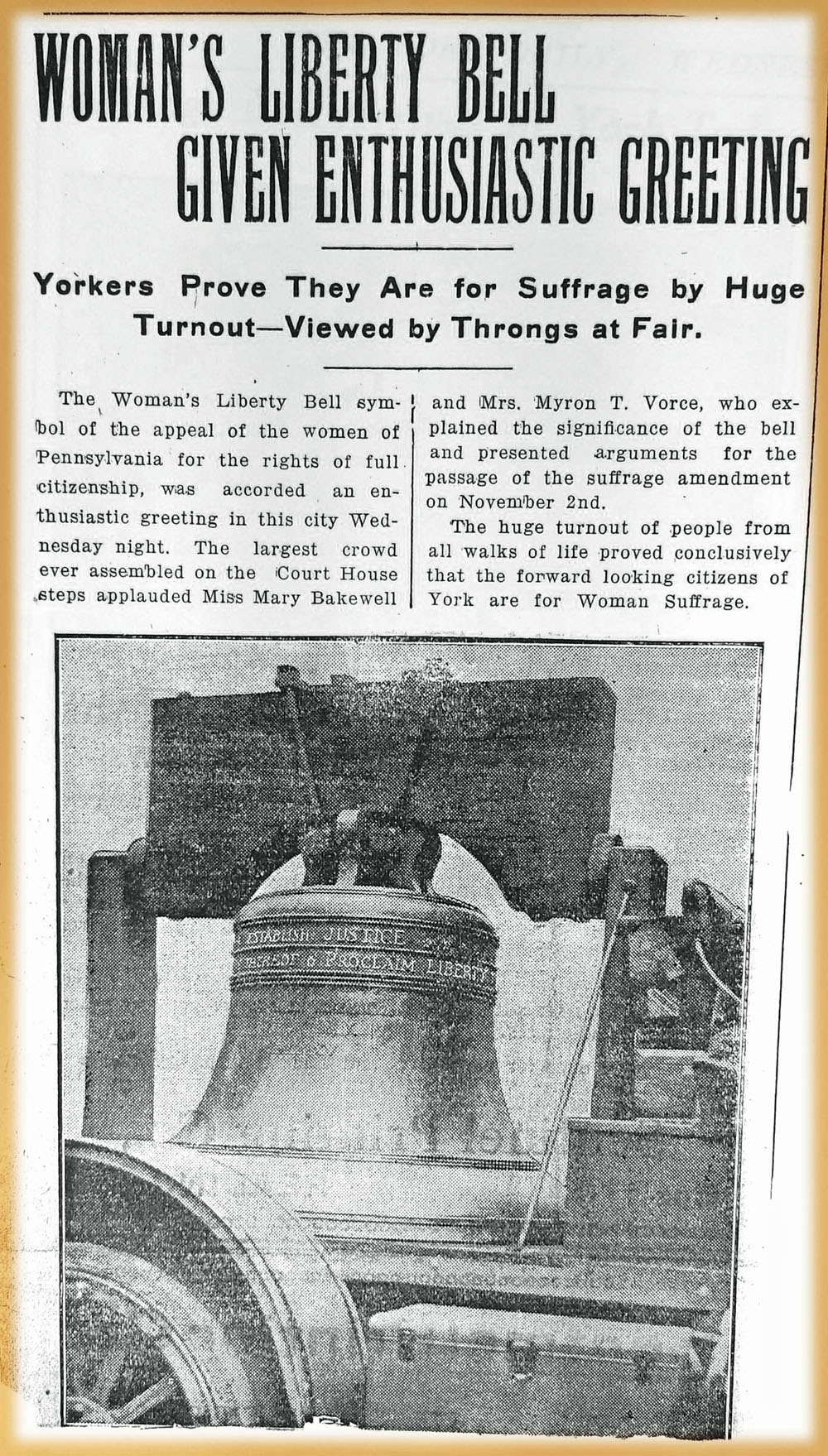