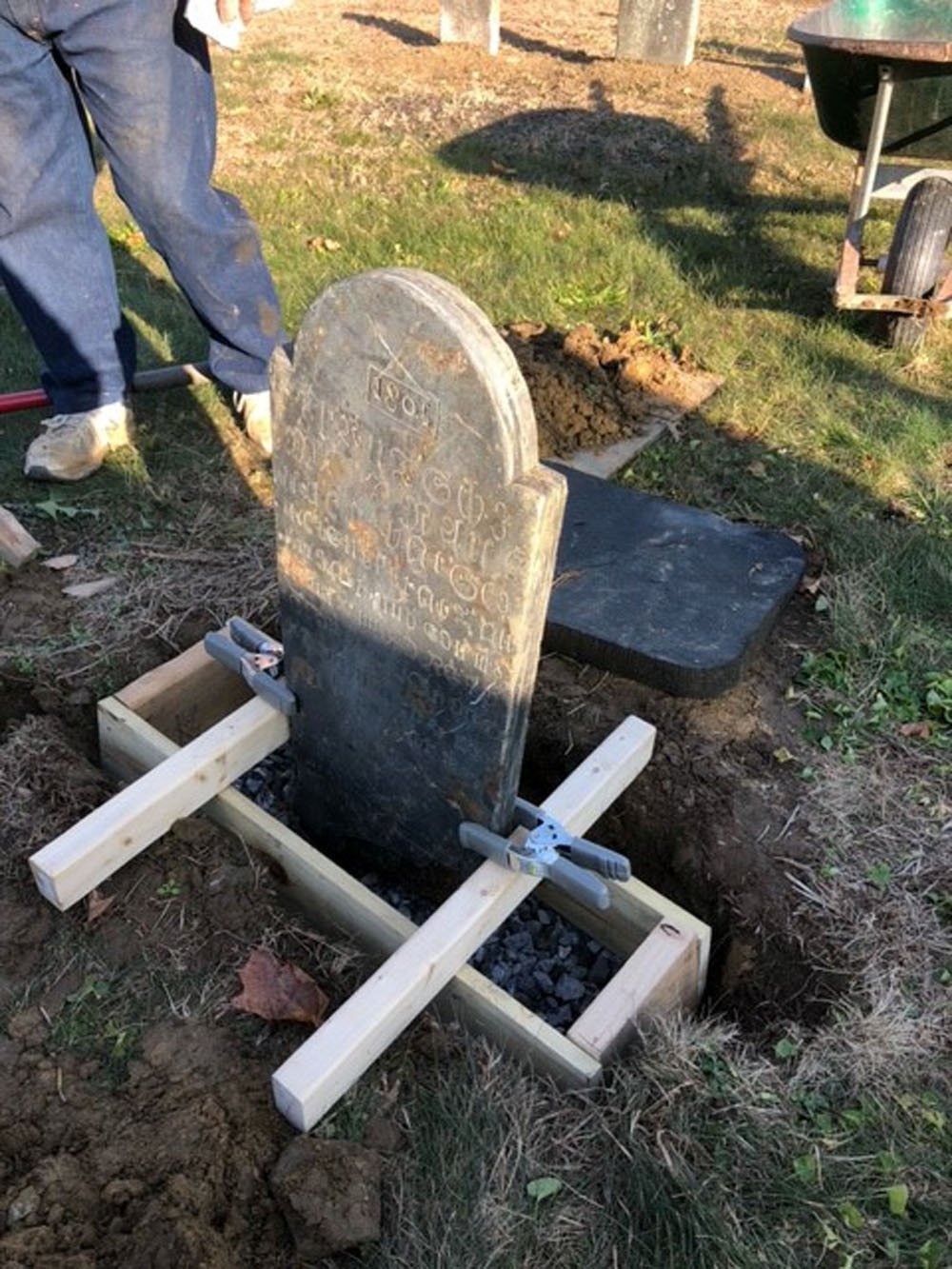 Nearly a year ago I did a blog post on four dedicated local men, members of Canadochly Lutheran Church, who were diligently working to restore the oldest part of Canadochly cemetery in Lower Windsor Township.

Area resident Gene Schenck noticed them at work last year and wrote an article about their endeavors for the Columbia/Hellam/Wrightsville Merchandizer entitled “Four Good Men With Shovels.”  After reading the article, I headed over to the cemetery and was pleased to see that they had already reset the gravestone of one of my ancestors, Revolutionary War veteran Adam Schlott (Sloat) (1761-1833).  Progress was apparent, but I noted that there were many more of the heavy two-century-old stones that needed repair and/or returned to a secure upright position.  I am pleased to report that these diligent volunteers have continued their work this year, and they are hopefully looking at late fall of 2022 as a completion date.

Starting as a Union Church of German Reformed and Lutheran, the two congregations were granted land by the Penns in 1753.  With such an early founding date, there are thousands and thousands of persons in York County and far beyond who can trace their ancestry back to these early settlers.  So I would like to once again thank Jim Anspach, Gene Smeltzer, Bill Dehoff and Bruce Herbst for their dedication as well as Robin Dehoff, who participates in mowing of the cemetery.

Jim Anspach just shared the photos in this post, showing the recent resetting of a slate stone dated 1805.  They give you an idea of the work involved for each stone.