The Hessians of Lewis Miller 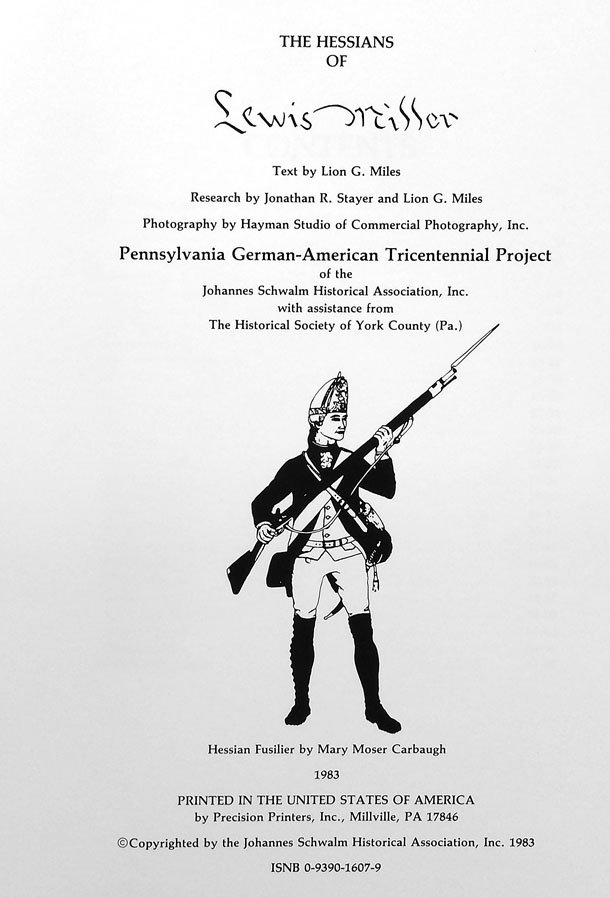 A third book of Miller’s drawings, The Hessians of Lewis Miller (1983), copublished by HSYC with the Johannes Schwalm Historical Association, was thought to have been long out of print. It was recently discovered that the JSHA still had a limited number of copies. They have been transferred to the York County History Center and are now available at the YCHC museum shop and online (shipping additional).

The 67 page book was coauthored by Yorker Jonathan Stayer, now head of Reference at the Pennsylvania State Archives. It features large scale portraits in full color of 22 persons Lewis Miller identified in his drawings as ein Hess, in other words soldiers from the Germanic regions of Hesse-Cassel and nearby principalities that were hired from their rulers by George III to fight on the British side of the Revolutionary War. Many “Hessians” stayed in America, especially Pennsylvania, after the war’s end. Some had even previously deserted the British ranks and served in the American army. Miller illustrated the local “Hessians,” that he came to know when he was growing up.

Besides an informative introduction, two full pages is allotted to each “Hessian,” a full page of biography and an 8 1/2 x 11 inch full color likeness that could easily be framed. The full-bodied profile portraits sometimes show them holding objects relating to their trade or personal habits.

In my next post I will list the names of the 22 individuals. Even if you don’t find an ancestor, it is a delightful way to get to know York countians who lived and worked two centuries ago where many of us do today. 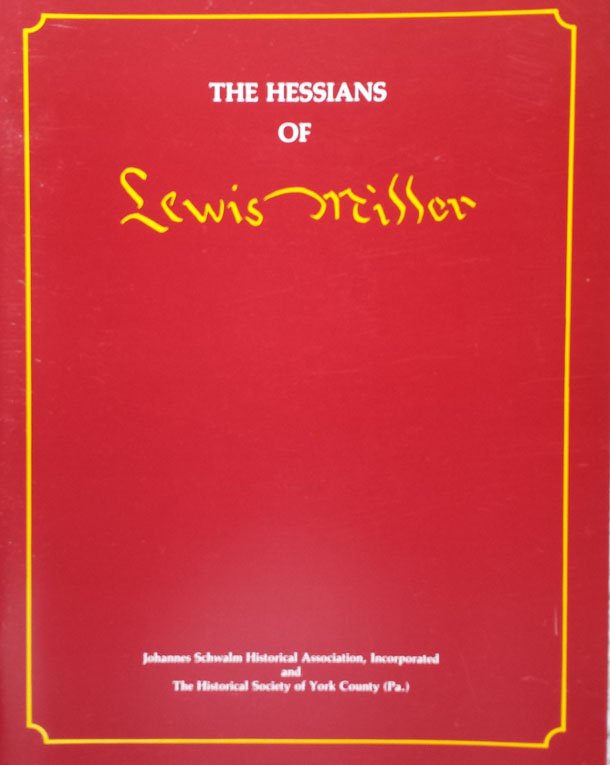