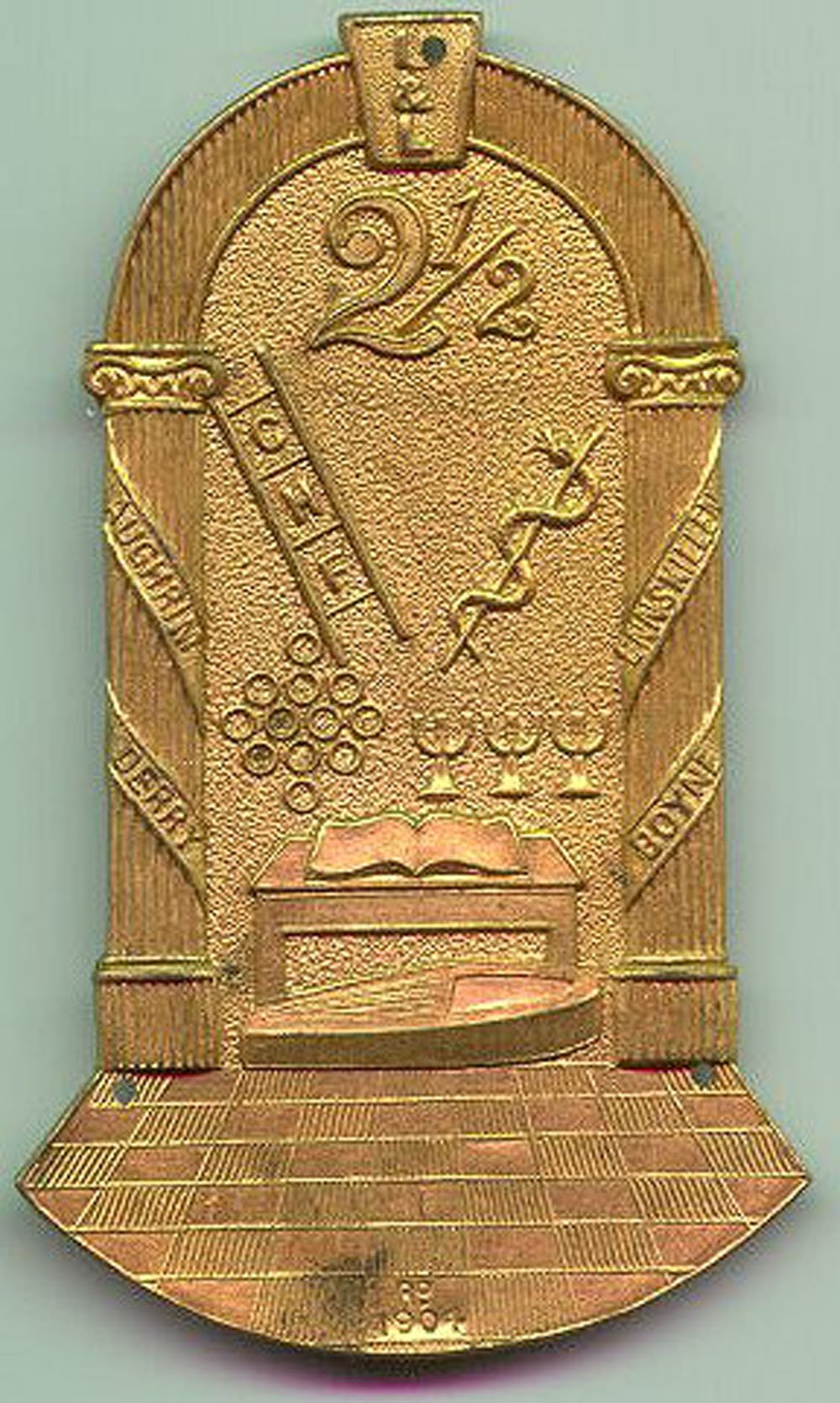 Bob Greer left a comment on my recent blog post about the engravings on a large rock at the edge of the Susquehanna River just upstream from Marietta.  He identified the arch with the 2 ½ as a symbol of the Loyal Orange Institution/ Orange Order.  He included a link to a Wikipedia article on the Protestant fraternal order, which is based in Northern Ireland.

I have since spent several hours doing Google searches on the organization so that I could understand it better.  It was formed in 1795 and named after the (brief) King of England, William of Orange.  It was quite popular in some sections of the United States, especially those settled by Scots Irish Protestants.  The lodges flourished in this country well into the 20th century, but many seem to have folded since, although one was just 10 years ago in Naples, Florida.  In Pennsylvania there might be one or so still extant in the Philadelphia area.  The Orange Order maintained an orphanage at Hatboro, Montgomery County; it later became a retirement home and then was bought by a Methodist group.  They seem to still be quite active in Canada, as well as the British Isles.

You can tell by the names of townships in northwestern Lancaster and adjacent Dauphin counties, such as Donegal, Rapho and Londonderry that the Scots Irish influence was strong there.  The rock in question is in East Donegal Township. I am guessing there was an Orange Order lodge in that area. In fact, what we were reading as 101 at the bottom of the arch likely could be LOL, standing for Loyal Orange Lodge.  Then should be a lodge number, but that seems to be worn away.  Because of those possible letters and the location, I think the Loyal Orange solution is correct, but some sources show a similar arch and 2 ½ symbol for the Royal Arch degree of Masonry.  The original Loyal Orange founders seem to have belonged to the Masons, so there are some confusing similarities, even though the institutions are separate.

So, thanks to Bob’s comment, we have a good idea of at least what that part of the inscription signifies.  Perhaps the other numbers and letters are not connected?  In any case, what is it doing at the edge of the river?

1 comment on “Susquehanna rock symbol solved, but why is it there?”