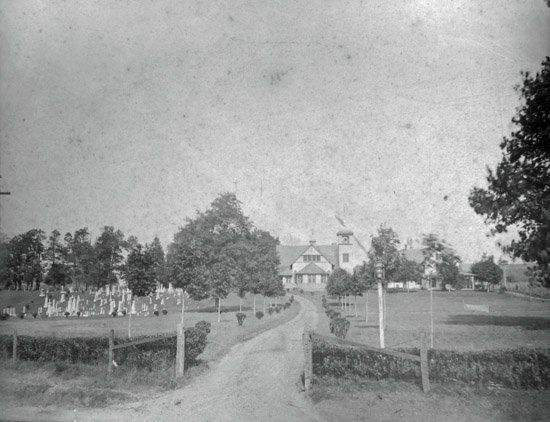 Friends Bob and Jean Robinson recently shared these photos of New Harmony Presbyterian Church. I grew up at this church at the Brogue, and it doesn’t look a whole lot different today than it does in these views.

The “lower end,” or southeast corner, of the county was settled early on by Scots-Irish who brought their Presbyterian faith with them. George R. Prowell wrote the “Borough and Township History” section of Gibson’s 1886 History of York County, Pennsylvania. In the Chanceford Township section, Prowell relates that New Harmony was organized in 1847-48 by 24 members from Chanceford Presbyterian in Lower Chanceford Township and four from Hopewell (Round Hill) Presbyterian. By 1886 membership had grown to 191. When Prowell produced his own two-volume history in 1907 he didn’t add much information, except that the membership had grown to 250 by then.

The 1997 History of Chanceford Township relates that the first child baptized in the New Harmony congregation was George Benjamin Murphy, son of Joseph and Alice Murphy, in June 1849. Murphy relatives still attend the church today. That Chanceford Township bi-centennial history also says the 1848 frame church building was replaced by the present building in 1896-97. An addition, the Beard Education Building, was added to the rear of the church in 1978. The manse next door was built for around $2,000 in 1899.

There is a windmill peeking out between the church and the manse on the photo above. That was probably used to pump water from the well, and it was still there when I was a child. A tennis net can be seen to the right of the drive on the photo below. Rev. Thomas P. McKee, minister from 1892 until 1913, is said to have liked to play tennis, so the photo is probably from that period. 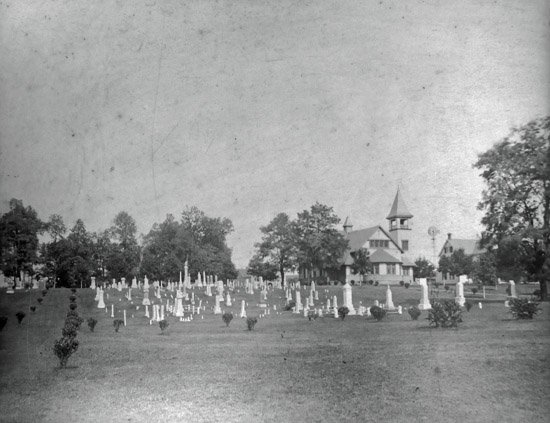