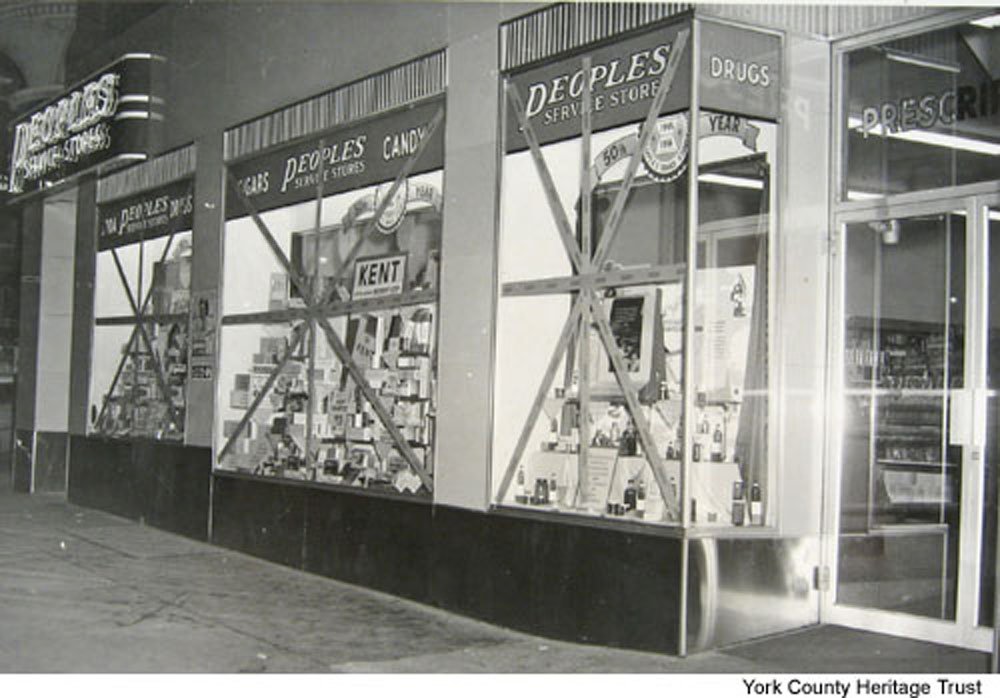 Peoples Drug on York Square September 1955 (windows taped for storm)
Sometimes fellow blogger’s posts inspire me. Joan Concilio has been getting a lot on her comments on York area retail memories. One person wondered about Peoples Drug Stores. Since my 96 1/2-year-old mother-in-law, Elsie Holder, worked for Peoples from 1937 until she retired in 1980, I figured she should know about some of their local stores.
Elsie started at the Peoples store on the northwest corner of Market and Beaver Streets in York. The site is now part of the M&T Bank’s local headquarters. She started on the fountain, because that’s where they started all their employees, eventually working in candy and cigars and then cosmetics and drugs. Cosmetics was her real field of expertise, and that is where she spent most of her 43 years with Peoples. She kept up with new beauty products by attending seminars in the region. (After I joined the family, I was pleased that she shared the samples she brought back.) 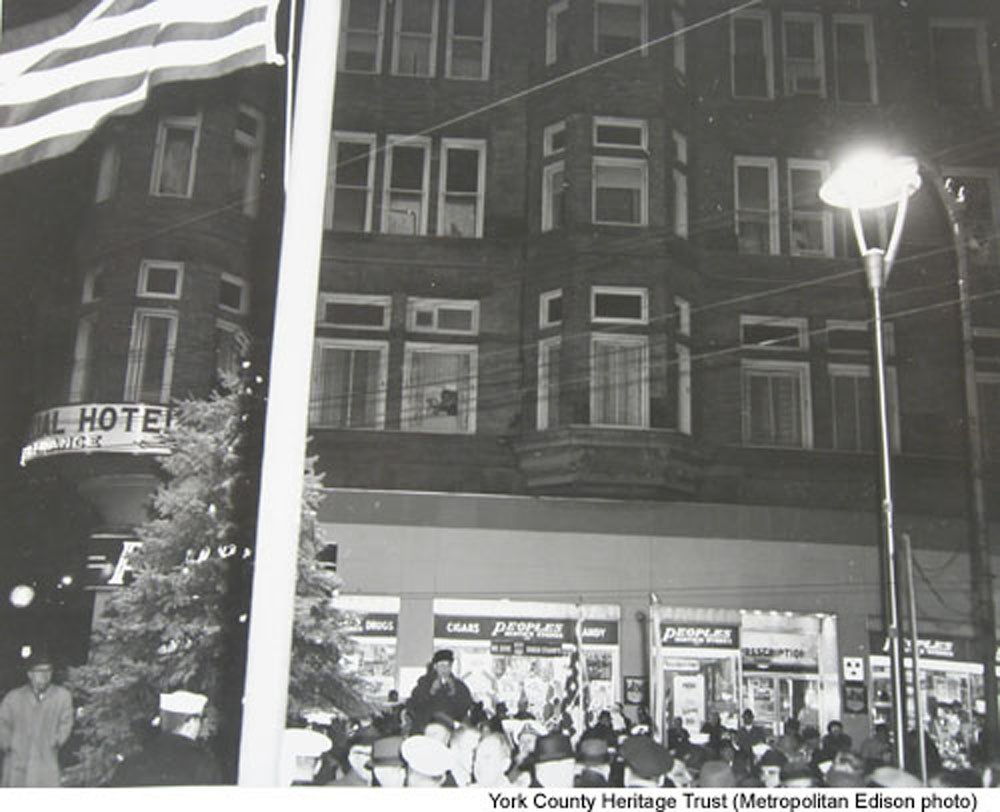 New street lights on square at Peoples, c.1949
Around 1952 that store closed, and she was transferred to the Peoples on the southwest corner of the square, on the first floor of the Colonial Hotel, working there until she remarried. She even met her second husband at Peoples. He was one of the truck drivers that delivered to the stores from Peoples’ home base in Washington, D.C. She moved to Maryland when they married, but she didn’t give up Peoples. She worked at their Queenstown Shopping Center store in Hyattsville until she and her husband relocated back to York County. She still stayed with Peoples, of course, working at their Queensgate store until she retired 30 years ago.
There were quite a few Peoples stores scattered over York city and county. Elsie’s sister started her own drug store career at a Peoples on the square in Red Lion.
According to online sources, Malcolm Gibbs founded Peoples in Washington, D.C. in 1904. The chain grew to 110 stores by 1930 and then to 500 by the time it was acquired by CVS in 1990.

Colonial Hotel, c.1910–first floor later Peoples drug store
Click on the links below for more on York’s early drug stores.
Drugs for your cattle in 1857.
Tapeworm cure in 1911.