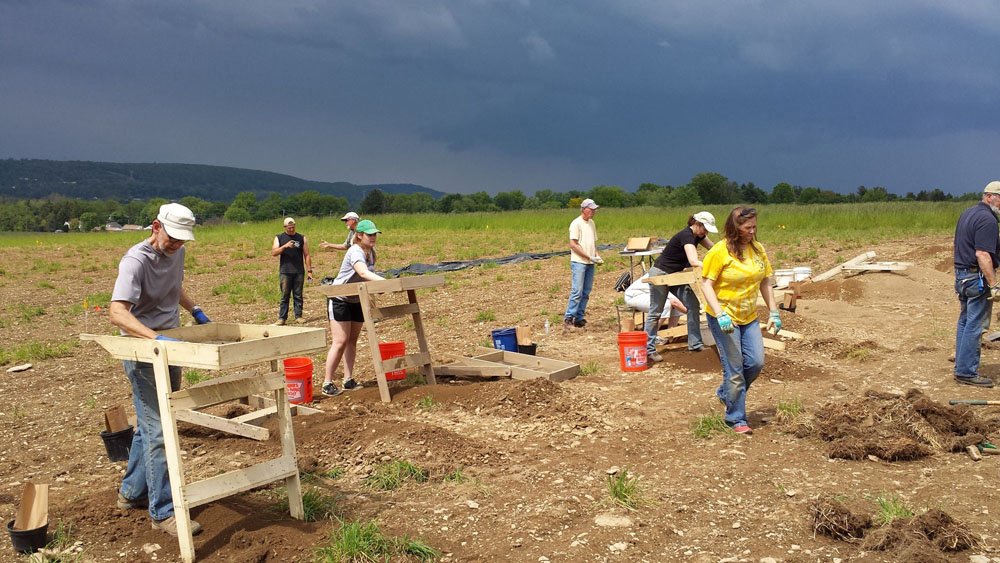 Last year FOCS partnered with Shippensburg University in their use of several different remote sensing techniques to locate disturbances in the soil.  You can access that 47 page detailed, illustrated document by going to the www.campsecurity.org and clicking on the Archaeology tab and then Camp Security Geophysical Survey 2018.  The current dig area was chosen partially on the basis of that report.

Archaeology at the Camp Security site over the years has located the probable area of the village, nicknamed “Camp Indulgence,” outside the stockade.  This is where the British prisoners surrendered by General Burgoyne to General Gates in 1777 at Saratoga, N.Y. eventually lived.  They arrived at Camp Security in the summer of 1781 after being detained successively at sites in Massachusetts, Maryland and Virginia for nearly four years.  They would live here until the American Revolution was ended by the Treaty of Paris in the spring of 1783. Some of these prisoners had families with them and some had passes to leave the camp and work for local farmers and craftspeople.  Thousands of artifacts, ranging from small pottery shards and pins to make lace to period coins and larger pieces of ceramics, have been found there and cataloged over the years.  Some are on permanent display at the State Museum of Pennsylvania.  A sampling of these artifacts can also been seen in the lobby cases of the Springettsbury Township offices, 1501 Mt. Zion Rd., York from 8 a.m. to 5 p.m. Monday through Friday.

It is documented that most of the prisoners surrendered to General Washington by General Cornwallis at Yorktown, Va. in late 1781 were confined to a high wooden stockade when they arrived at Camp Security.  Numerous pension applications from York County Militia members, guards at the stockade during most of its existence, relate how they dug trenches in which to seat the long poles that made up the stockade walls.  These documents also tell of erecting log huts to house prisoners and guards.

Artifacts are being found in the current dig, including Native American items.  They will be helpful in future interpretation of the site.  One of the primary focuses of the current dig is attempting to find the straight lines of soil disturbance that would identify the outline of the stockade.

The public is invited to visit the dig Tuesday, August 27 from 9:30 a.m. to 3 p.m..  Parking is available at Good News Free Will Baptist Church, 530 Locust Grove Rd., York.  Shuttles will be arranged across the field from there.

At 10 a.m. and 1:30 p.m. lead archaeologist John Crawmer will discuss the present dig and finds so far.  Jonathan Stayer and I will informally share the history of Camp Security, and FOCS board members will be available all day to answer questions and discuss the long process to save this important site.  It is the only known Revolutionary War prisoner-of-war camp that has not been completely developed over.  Future plans can also be addressed. as well as the need for continued funding.  This year’s project has been funded, in part, by a grant from the Battlefield Fund of the National Trust for Historic Preservation.  Grants are vigorously sought and greatly appreciated, but most must be matched by the organization.

Here is a link to my many Universal York blog posts and York Sunday News columns on Camp Security and on the local militia members who guarded them. 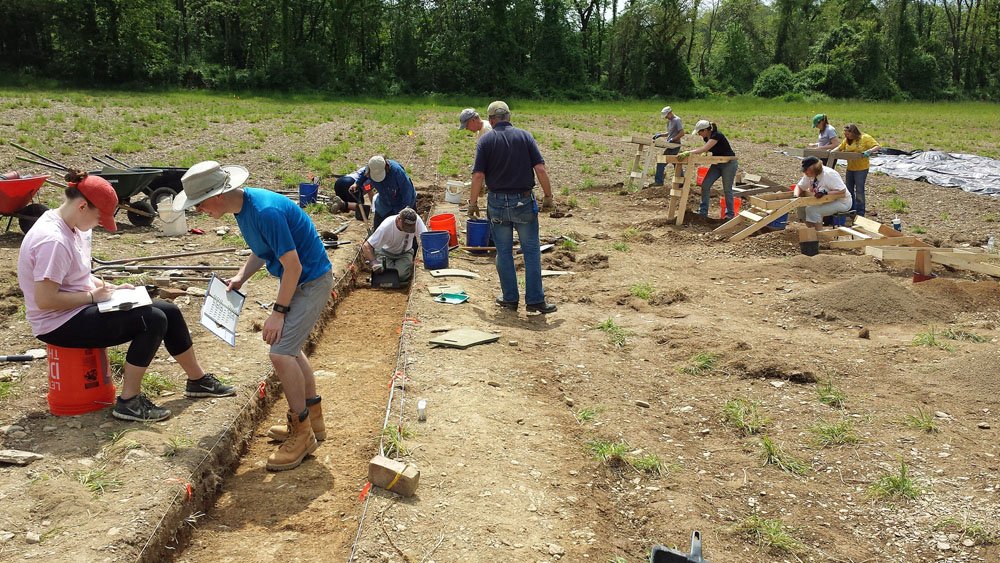