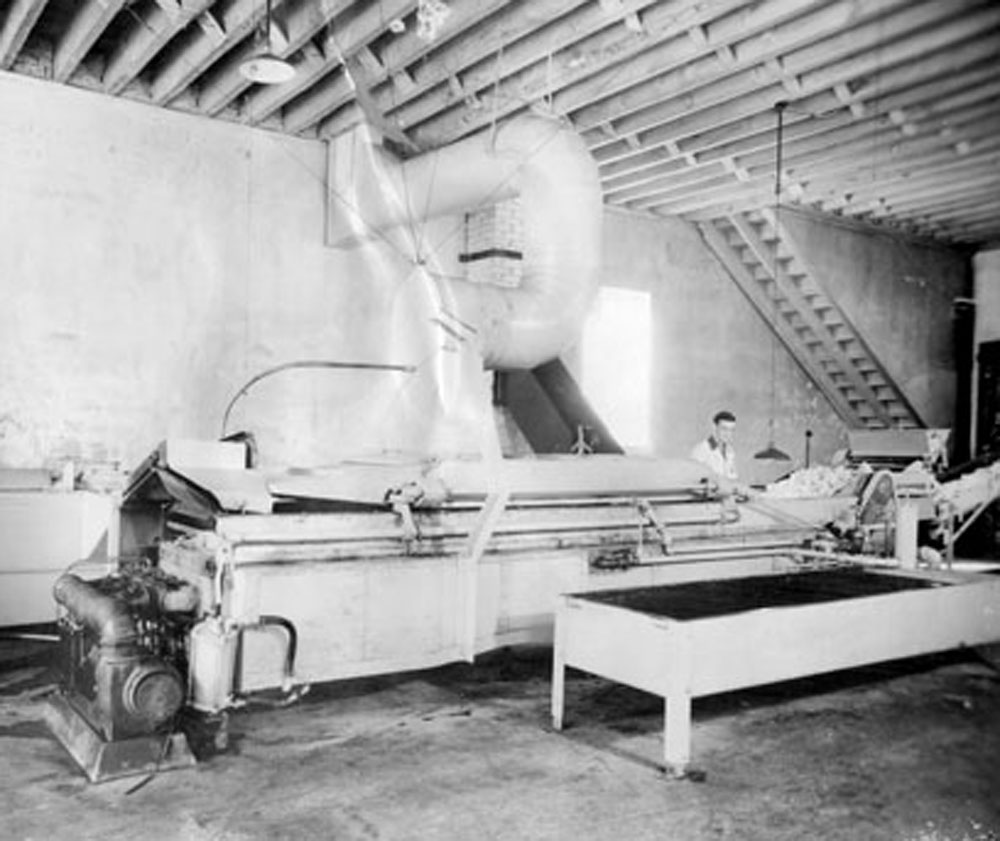 Potato Chips Go Back a Long Way in York County

1940s era Bon-Ton Potato Chip photo captioned “Cooking Unit.”
A fire in the potato chip line at Bickel’s Snack Foods in York recently made the news. While looking through a photo file the other day at the York County Heritage Trust Library/Archives, I came across these three 1940s-era photos of the Bon-Ton Potato Chip Co. plant. 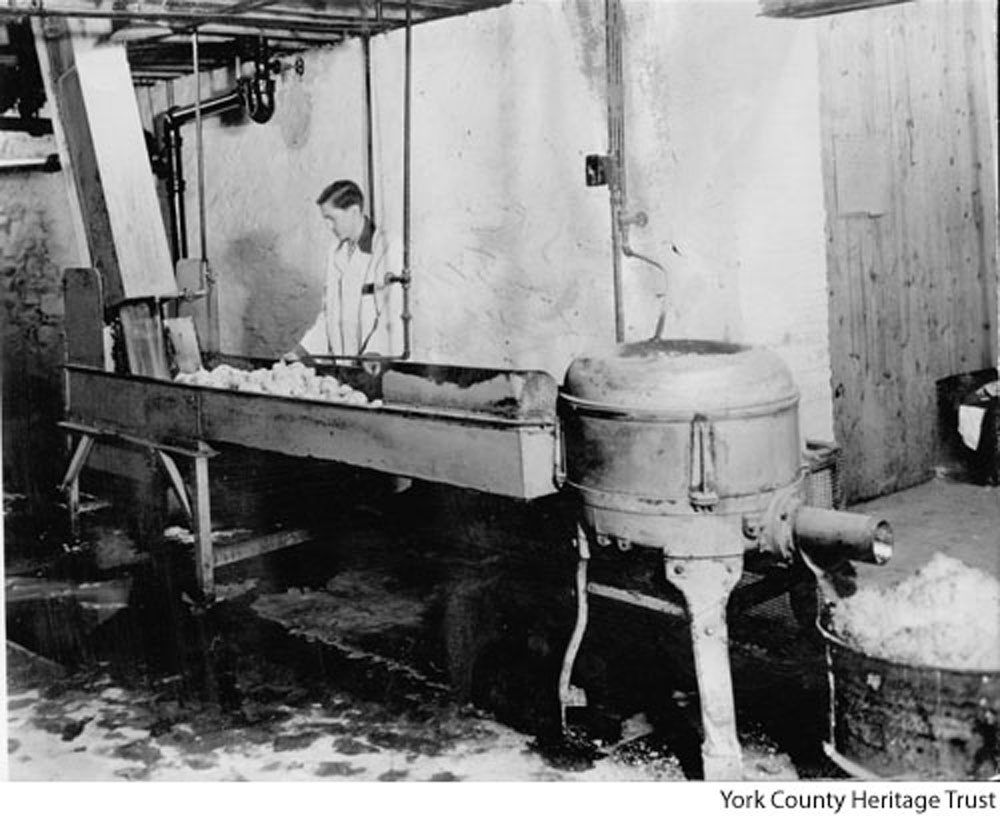 Caption reads: “Potato peeling and inspection table. Elevator to slicer on first floor.”
What do the two companies have in common, besides potato chips?

Bickel’s Snack Foods is a division of Hanover Foods Corporation. It acquired the Bon-Ton plant in 2000. I haven’t been in the plant, but if it is the same one, I’m sure it is much more modern now than in the old photos.
As you can see by the photo on Bickel’s web site, they still make at least one product, Bon -Ton Cheese Crunchies, using the Bon-Ton name and logo of a bonneted lady.
It’s nice to know that chipping and frying those good York County potatoes has been going on in the same spot for generations. One of my childhood memories is that scent of potatoes frying you caught in the breeze when you crossed the Codorus Creek on Richland Avenue. 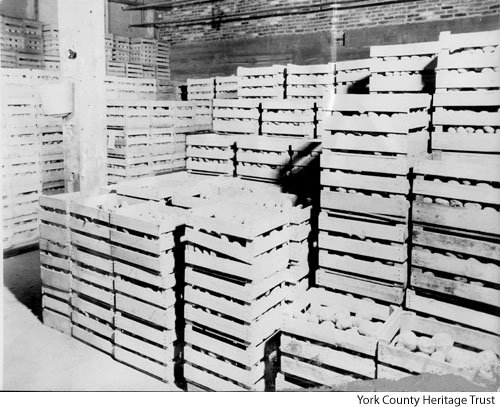 Caption reads: “Interior tempering room.”
My all time favorite food-processing related memory, of course, is the chocolate aroma of Hershey–not York County, but not too far away.
How about the rest of you? From vegetables and fruits to snacks and baked goods, we still make a lot of good things to eat in the area. Which whiff brings a smile to your face?
Click here for info on Senft’s potato chips.
Click here for El-Ge/Frito Lay chips in York.
Remember Charles Chips?
Utz to be sold to Snyder’s of Hanover.