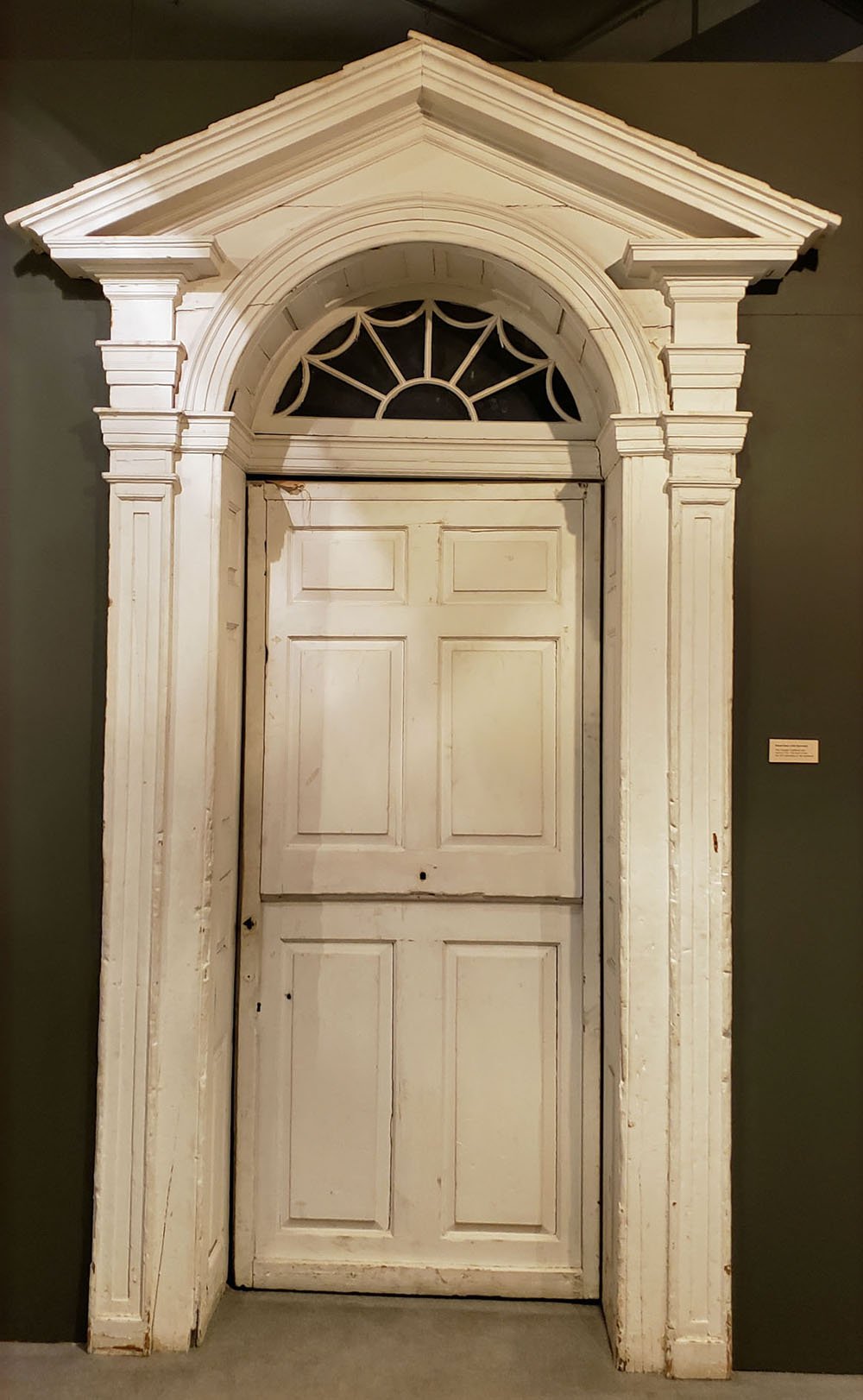 We sometimes seem to have a love/hate relationship with old buildings.  We act like we would love to save them for their historical ties or architectural significance.  On the other hand we often seem to hate committing funds to preserve them.  This isn’t a new problem. There have always been forces that look only to the future and gain, caring little about the past and what we can learn from it.

Five million people visit Independence National Historic Park, which includes Independence Hall, each year.  That would not be happening if the Pennsylvania government had had its way.  The state moved its seat of government from Independence Hall, then known as the state house, to Lancaster in 1799.  In 1812 Harrisburg became the state capital, with plans of erecting a grand capitol building.  Fund raising plans included demolishing the old state house in Philadelphia and selling off the salvage and lots.  Philadelphia officials thought that was a bit harsh, considering that important events, such as the signing of the Declaration of Independence, had happened there.  The city stepped in, and after five years of negotiations, a price was agreed upon and the building and surrounding open space were spared. Here is a link with more information on the close call.

Unfortunately, the fate of York’s first courthouse, in which Congress met while the British occupied Philadelphia, did not have such a happy ending.  Some York County residents protested, but down it came in 1841.  Very little was saved, but one of the doorways through which the leaders of our country walked daily is almost certainly one that you can see today at the York County History Center.  See below for my recent York Sunday News column on how that came about.

There is a doorway in the galleries on the second floor of the York County History Center that leads nowhere today, but it once led into a building where the history of our very nation was being shaped.  This doorway is purportedly the one through which our founders, such as John Adams, John Hancock, John Laurens, our own James Smith and the rest of the members of Continental Congress in 1777-1778 passed to enter the first York County courthouse.  It was from there that they were governing our new nation.

After a couple of centuries have passed and after the same stories have been repeated until they are accepted as facts, it is sometimes difficult to pin down truths.  There does seem, however, to be enough documentation to make a good case for this doorway being from one of the two entrances to the original courthouse that sat in the middle of the square (1754 to 1841).

I wrote a previous column, based on accounts from the York County Commissioner’s first minute book, on what was required for the first courthouse, so I will just briefly recap here.  The Pennsylvania General Assembly passed an act on August 19, 1749 officially creating York County. Thomas Cox, Michael Tanner, George Swope, Nathan Hussey, and John Wright, Jr. were the first commissioners.   A courthouse was needed to administer justice and to store official county papers, so in November 1753 the commissioners authorized 504 pounds, 16 shillings and 5 pence to construct the building.  It was to be raised by a tax on land, servants and livestock.

William Willis was named to manufacture or procure bricks nine inches by four and a half inches by two and a quarter inches and lay them at the rate of 38 shillings per thousand laid.  John Meem and Jacob Kline were the carpenters; Joseph Welchance did the smith work, such as making straps, bolts and spire.  Construction began in January 1754 and took about four years, with some changes in the meantime.  The original contract with carpenters Meem and Kline called for 17 windows and one door.  When the county viewer approved the finished building in February 1758, it had 22 windows and two doors.  Some remodeling was done in the 1790s, and in 1815 gable ends were added on the north and south sides and the cupola was raised to accommodate a town clock.

By the late 1830s “progress” was taking its toll.  A sizable brick building sitting in the middle of the intersection of two main roads was no longer looking like a good idea; besides, more room was needed for courts.  And even though a county office building, called “the state house,” had been constructed adjacent to the courthouse, county records needed still more room.  So a new courthouse was erected in the first block of East Market Street in 1839 and the old courthouse and state house slated for demolition.

There was some support for preserving the first courthouse because of its historical importance, but not enough.  On September 15, 1841 a York newspaper lamented: ““This relic of an ante-revolutionary period, which was hallowed as having been the Council-Hall of the Continental Congress in the darkest days of struggle for Freedom, is now rapidly disappearing under the ruthless hand of modern improvement.” The article said the levelers had a truly destructive spirit, destroying, instead of salvaging, much of the materials.

But at least one remnant seems to have been saved.  The doorframe, including the glazed transom, at YCHC pretty well matches the courthouse doorframe depicted by artists Lewis Miller (1796-1882) and William Wagner (1800-1869). They both would have been very familiar with the original building.  Even though the door itself looks old to me, it could possibly have been modified or replaced at some time.  Both Miller and Wagner depict solid paneled doors and the existing door has a nine-light window, now covered by a solid panel.  In 1927, leading architect Reinhardt Dempwolf described the door in detail; it was then on display at York Collegiate Institute on South Duke Street.  He described a sliding wood shutter with four panels that slid up over the nine-light window to securely lock up at night.  This could have been a later modification for security.  I think Dempwolf would have mentioned it if he felt the door was much newer than the original.

So how were the doorframe and door saved?  An August 1927 York Dispatch article says that some remnants of the first courthouse were stacked around the square until they were auctioned about a year later.  John Getz supposedly bought the door and installed it into a house and store he was building at Queen and Princess Streets and Plank Road (Prospect Street).  Other sources place it in a cigar store at that intersection.  In the early 1900s that building was torn down.  J.A. Dempwolf reportedly heard of its history and collaborated with Samuel Small and C.H. Ehrenfeld to install it in the rotunda hall of YCI.  It was positioned opposite a Pennsylvania Coat of Arms, painted by John Fisher, that had hung in the first courthouse.

There were more travels to come.  In the 1940s YCI presented the doorframe and door to the Historical Society of York County, then located at 225 East Market Street.  There it was first exhibited as an artifact until it was discovered that it could be installed as the entrance to the HSYC library.   The next move was across the street to the new HSYC museum.  A July 1958 Gazette and Daily clipping shows HSYC president William McClellan, architect Fred Dempwolf. and Mayor Fred Schiding standing proudly in front of the newly installed courthouse door in the partially remodeled building.  During major renovations 30 years ago the courthouse door was relocated from the first floor to second floor galleries at 250 East Market Street.  It stands there today as a tangible link between those brave patriots and ourselves.