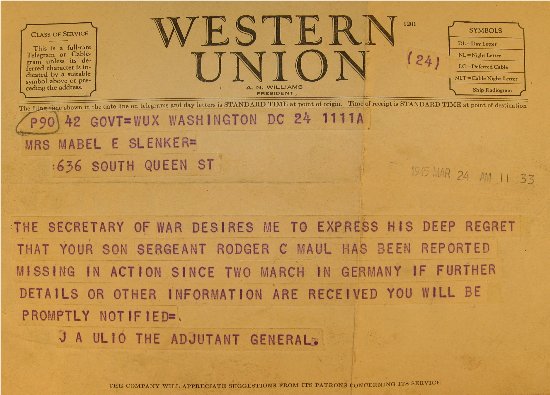 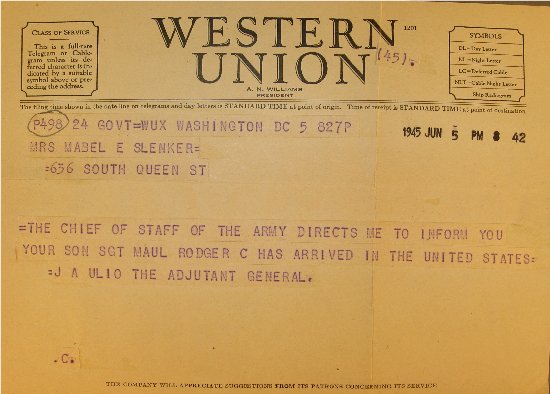 My recent post told the story of two Yorkers, Rodger C. Maul and Walter B. Ziegler, both U.S. Army Air Force gunners. They were shot down two weeks apart during World War II. They were interned in the same Prisoner of War camps and liberated the same day from Stalag 7A on April 29, 1945, but they never met.

Similar telegrams to their respective mothers about their missing, and then liberated, sons are in the York County Heritage Trust Library/Archives. In our days of instant communication, I can’t imagine the anxiety families went through waiting for news.

Walter Ziegler’s mother, Mary Ziegler, was notified byU.S. Army Adjutant General James A. Ulio
on February 26, 1945 that her son had been missing since February 13. Mable Slenker received a telegram on March 24 that her son, Rodger Maul, was missing as of March 2.

An official telegram from the office of Adjutant General Ulio arrived in York on May 28, telling Mrs. Ziegler that Walter was back under U.S. Military control. Mrs. Slenker’s telegram came June 5, saying that Rodger was back in the United States. Families sometimes found out earlier, through the Red Cross, that their loved ones were safe before they received official notification.

The families had received a few letters in the interim from the U.S. military with a little more information—where their son’s planes had gone down and names of relatives of fellow crew members, in case the families wanted to get in touch. The Army also assured the mothers that every effort was being made to locate their sons.

You can only image the jubilation when, after all the waiting, the telegrams arrived with good news. 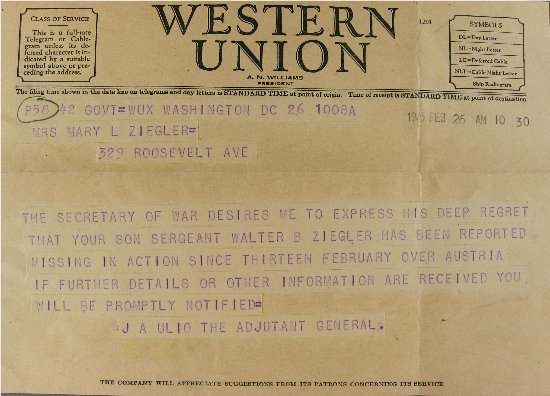 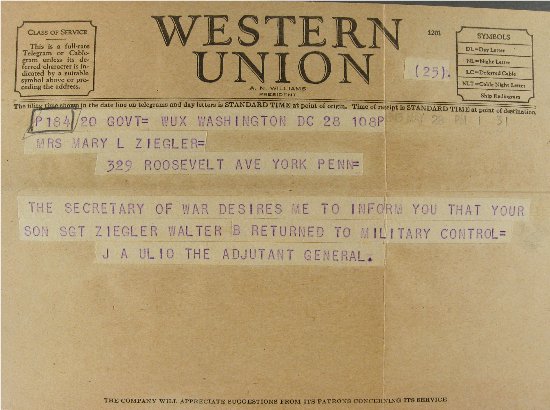