New Camp Security booklet is available for students and teachers 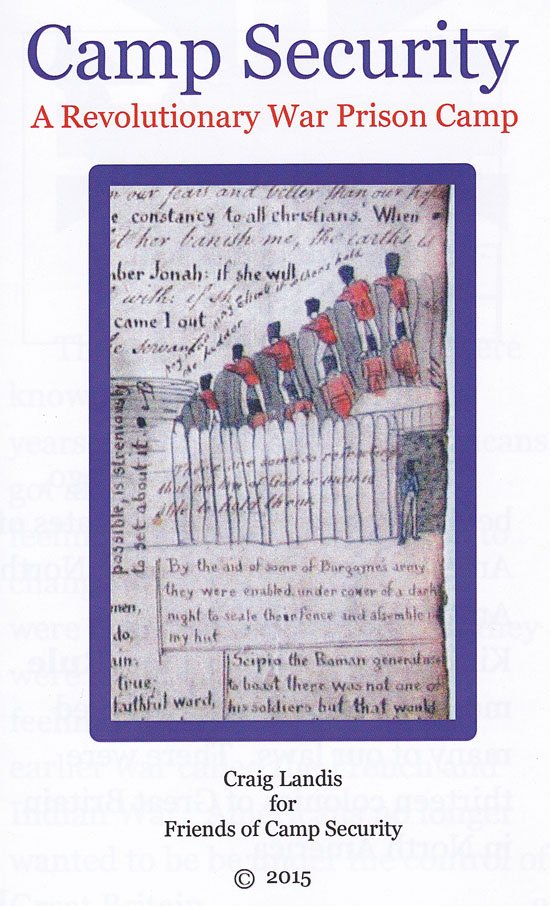 In the past we have shared the overall history of Camp Security, York’s Revolutionary War prisoner-of-war camp. We have heard snippets of accounts of the camp, in their own words, from the pension applications of local militiamen who served as guards. This link will take you to those previous posts.

Through the efforts of Friends of Camp Security, partnering with Springettsbury Township and many public and private donors, much of the undeveloped part of the original site has been secured. Archaeological digs, which will continue, have uncovered numerous artifacts.

Now, through the efforts of retired elementary school teacher and fellow Friends of Camp Security board member Craig Landis, York County students can learn about this important local connection to our national history. He has created a 22 page booklet Camp Security: A Revolutionary War Prison Camp, a PowerPoint presentation and a fifth grade level lesson plan with activities, all of which are now available free of charge for the use of York County fifth grade teachers. The slide show, which addresses archaeology as well as recaps the history of Camp Security as told in the booklet and the lesson plan can both be downloaded from the Friends of Camp Security website www.campsecurity.org.

Thanks to anonymous donors, FOCS was able to have enough booklets printed so that each fifth grader could have their own Camp Security: A Revolutionary War Prison Camp booklet to read and take home and share with family and friends. Landis contacted school districts and has personally delivered over 3,000 booklets to schools all over the county. If you are a teacher and aren’t already participating, you can contact the Friends of Camp Security through www.campsecurity.org, through the FOCS Facebook page or by calling (717)755-4367.

The Camp Security booklet is not only for students. The basic facts about the surrender of British troops at two of the principal American victories of the Revolutionary War, Saratoga and Yorktown, and how and why they ended up here in York County in the 1780s, is well laid out for all ages. A limited number of the booklets are available for purchase for a nominal fee at the York County Heritage Trust bookstores.

Click here for a York Daily Record article on Landis and the Camp Security booklet.

Here is a sample page from Camp Security: A Revolutionary War Prison Camp: 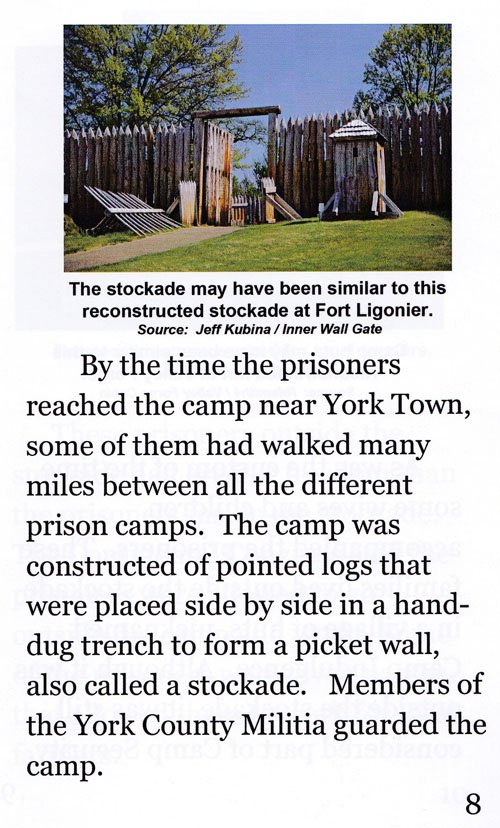