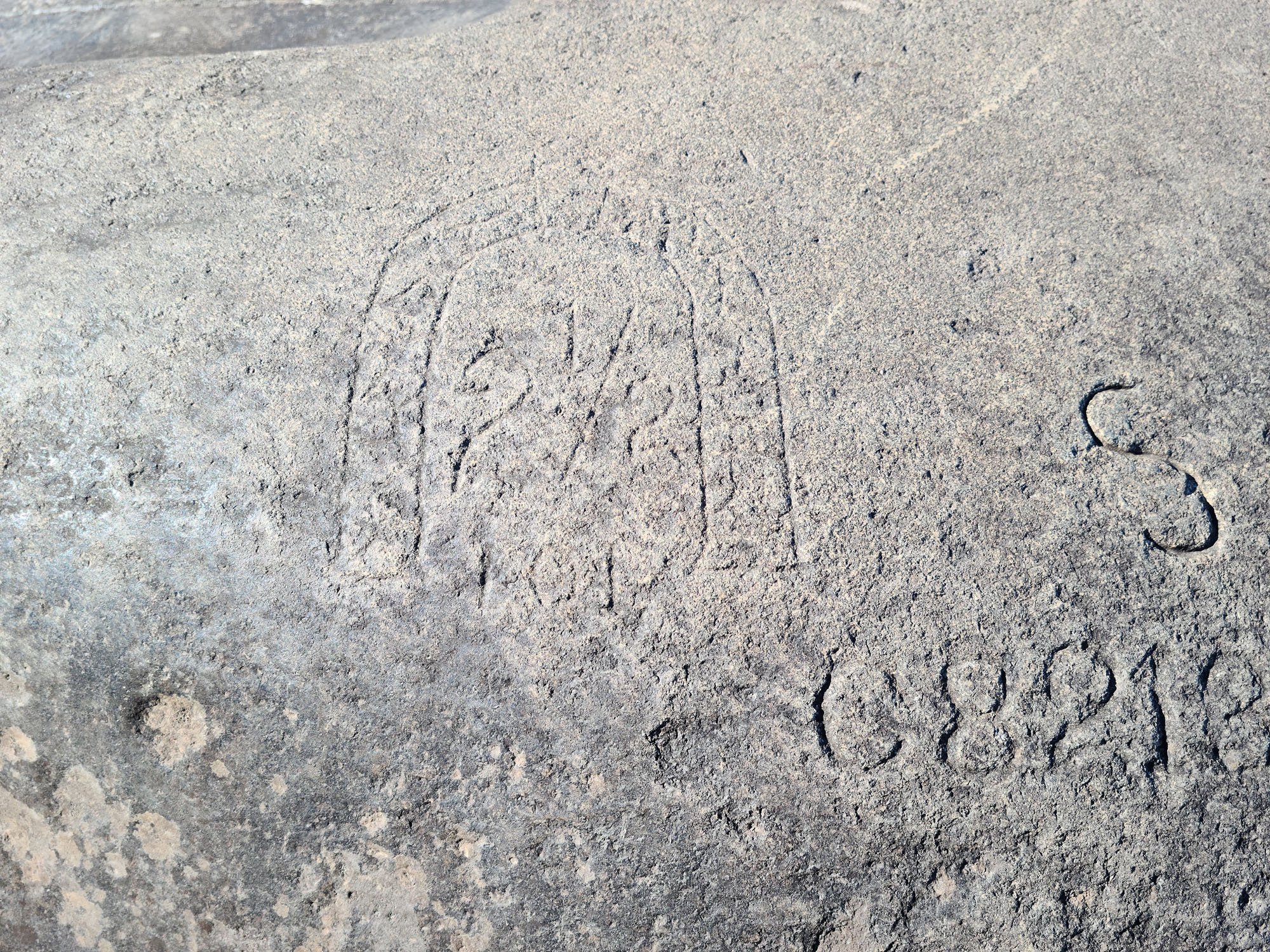 Why would a large rock at the edge of the Susquehanna River have numbers and letters carved on it?  (I am not talking about the petroglyphs of birds and animals left by the Native Americans, such as those on Big Indian Rock and Little Indian Rock just below Safe Harbor dam, although they are certainly worth a visit.)

William Halterman shared these photos of a boulder in the river in Lancaster County’s East Donegal Township, across from Hellam Township in York County .  He also marked its location on a Google Earth image shown here.  The site is just a little upstream from the foot of Vinegar Ferry Road near Marietta.  I have written a few times about Vinegar Ferry, actually named for an early operator, Christian Winiker. (Say Winiker a few times with a Pennsylvania Dutch accent, and you will see where the name comes from.)

Vinegar Ferry, which terminated on the York County shore near present day River Drive, operated for many decades.  It was one of the Susquehanna ferries scouted out during the Revolutionary War in 1778 for possible troop movement.   (The ferry got a good report, but the York County side was deemed too steep to be practical for large groups to pass.)  It is said to have continued in operation at least until the 1920s.

The rock in question is engraved with an image of an arch with a large 2 ½ in the center.  The numbers 101  are below the arch.  To the right of the arch is a large S with C82130 or C82180 below it.  There might be traces of other letters or numbers.  The Google Earth image shows it surrounded by water, but Bill says it is accessible by land when the water is lower.

Thanks to some of the comments below, more information was found.  Click here for a follow-up post.   It is still a mystery why the rock, and the carving, is by the river’s edge.  More insight is welcomed.

8 comments on “Mystery rock in the Susquehanna”