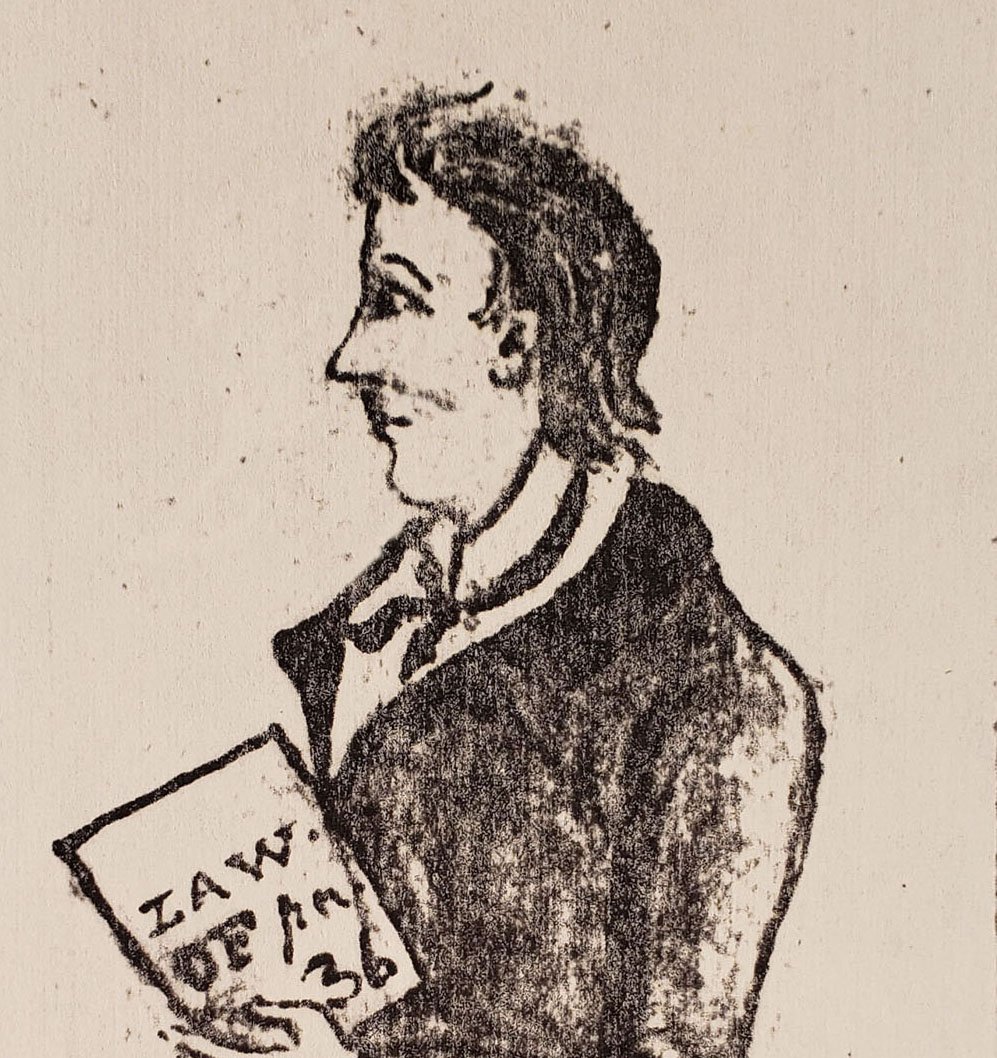 More York countians in the center of history-changing events

York County people were the players in an important landmark Supreme Court case, the decision of which is said to have hastened the U.S. Civil War.  Hopefully we are familiar with Margaret Morgan and her family, at the very center of the situation.  But who was the local attorney that was in the position to take the cause of Morgan to the nation’s highest court?  I attempt to introduce him in my recent York Sunday News column, transcribed below.

Who was Thomas Hambly?

Hambly is probably best known for his involvement in the 1842 landmark case Prigg v. Pennsylvania, in which the U.S. Supreme Court ruled that federal laws supersede state laws concerning the same issue.  The case involved Margaret Morgan of Lower Chanceford Township who claimed she had been previously freed from slavery by John Ashmore of northern Harford County, Maryland.  Margaret Ashmore, John’s widow, sent neighbor Edmund Prigg and several others in 1837 to reclaim Margaret Morgan.  Prigg ended up taking Morgan and her six children, several of which were attested to have been born in Pennsylvania, back over the Mason and Dixon line.

As the Pennsylvania Assistant Attorney General for York County, Thomas Hambly convened a grand jury in York County, which indicted Prigg and the others on kidnaping.  Prigg was backed by Maryland and the case was appealed to the Pennsylvania Supreme Court in 1840, which upheld the Pennsylvania view.  From there the case was argued before the U.S. Supreme Court, with Hambly again representing Pennsylvania, along with state Attorney General Johnson.  The resulting eight to one ruling against Pennsylvania was a blow against non-slaveholding states trying to guard against individuals from slaveholding states possibly taking free African Americans, as well as fugitive slaves, back into slavery.

I also knew that Thomas Hambly published a York newspaper for a period and thought he was credited with having built the stately mid-nineteenth century brick home that stands immediately west of the York Water Company on West Market Street in York.  I soon discovered he was involved in the York County community in quite a few other ways.

Thomas Carson Hambly was born in New Castle County, Delaware in 1798 and educated at a Wilmington academy.  After teaching at a classical school in Northumberland County, Pennsylvania, he studied law in Carlisle.  Soon after he was admitted to the bar in early 1828, Hambly moved to York with his wife, Amelia Clayton, also a northern Delaware native, and their young family.  Quite a few more children were born in York to the Hamblys, with the majority of 13 offspring surviving to adulthood.

Besides practicing law, Hambly took over Samuel Wagner’s York Recorder newspaper and published it as the York Republican and Anti-Masonic Expositor for several years in the early 1830s. Hambly was quite involved in politics; after the Anti-Masonic party declined around 1834, he became involved with the newly formed Whigs.  By the mid-1840s he was serving as the York County delegate to Whig state conventions.

Among other endeavors, Hambly was the president of the York and Cumberland Railroad (later part of the Northern Central Railway and Pennsylvania Railroad) during its construction in the late 1840s.  He still found time to be one of the founders of the York County National bank in 1845.

In 1849 Thomas and Amelia bought property on the south side of High (now Market) Street, where they allegedly built the house that was later the residence of Judge Robert Fisher and still stands at 124 East Market Street.  The 1850 map of York shows the Hambly name on that site.

The Hamblys had lived in the York community, for 23 years and were well established in their new residence in 1851.  It was thus a surprise to see the following item in the June 3, 1851 York Peoples’ Advocate:  “Thomas C. Hambly, Esq.–This gentleman left for California on Monday of last week,, where, we are informed, he will devote himself to the practice of law. We hope that he will succeed in everything he undertakes, as his talent and industry deserve.  In this event York has lost a scholar, a gentleman and a consistent and energetic Whig.”

The California Gold Rush was in full swing, and Hambly undoubtedly knew some of the other men from the area who had gone west.  Some had gone to seek gold, but other professionals rightly surmised that doctors, lawyers, bankers, builders and others would be needed in the booming towns.  Amelia and the children who still remained at home seem to have accompanied him.

Lawyering work was evidently easy to find in California.  In January 1852 Hambly wrote back to the editor of the Republican, describing his court appearance in the new California County of Jackson.  His case was before Judge Smith, who Hambly says had shot the County Clerk in the same court a few weeks before.  He described his opposing counsel, Gen. Anderson, as a fine-looking old gentleman, “armed with a huge Bowie knife that hung like a broad sword by his side.”  Hambly guessed he was the only unarmed man present.  “The Judge had his Colt Revolvers buckled on—the spectators had theirs—the Grand Jury, &c., &c, and the Sheriff and his Assistants theirs.  In fact, Colt’s Revolvers and raw brandy are part of every day’s dress.”  The court house itself was a three-sided windowless building, about 25 feet by 15 feet, with a floor “tramped into a deep dust,” except for several boards at the judge’s feet.  He does go on to say, however, that the proceedings were orderly and transpired with dignity.

Some sources say that the Hamblys stayed in California for 14 years before coming back east, settling in Philadelphia and then Wilmington.  According to family records, they were in California long enough for some of the children to marry and stay in the San Francisco/Oakland area. The York Daily carried Hambly’s obituary in early September 1885, noting his career in York as well as California. 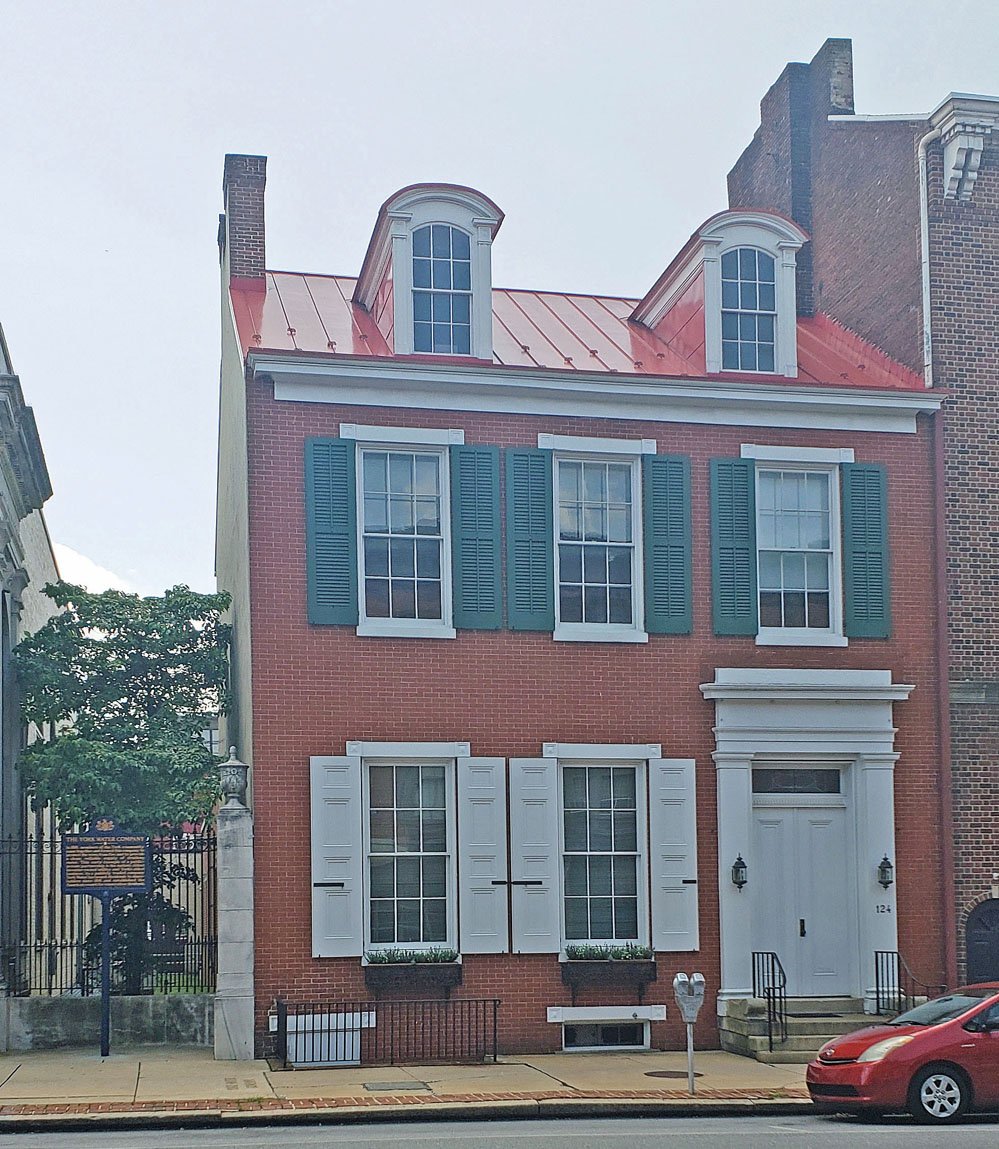