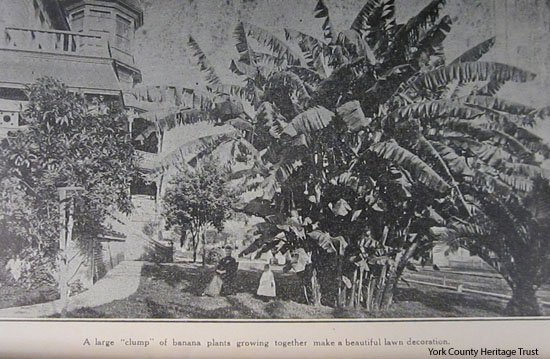 In my last post I shared a 1909 clipping about the new Pocket Monthly magazine, which was listed as a York, Pa. publication with printing done at the Wrightsville Star newspaper office. None of the five surviving issues lists a particular person as publisher. The contents page gives addresses for an Eastern Office in New York and a Western Office in Chicago, which I suspect were agents shared by many publications.

The first issue, July 1909, says “It is our aim to give the public a varied selection of the best short stories, illustrated articles and humor procurable, of interest both to men and women, and in addition to discuss independently in our editorial pages timely topics of importance. Features to be added.”

Each issue led off with a non-fiction article with photo illustrations. An example is “Interesting Facts about the Banana” by Eva Ryman Gaillard. She described the harvesting of the huge bunches in Jamaica and their being loaded into mule carts. Gaillard was sympathetic with the women who carried the heavy loads, balanced on their heads, from the carts to the steamers waiting at the docks. The women received one tag for each bunch transported, and 100 tags could be redeemed at the end of the day for 40 cents. She also recommended banana plants for landscaping, as shown above, if your climate was suitable.

The non-fiction articles were followed by six or so short stories. Pocket Monthly stressed that there were “No Continued Stories,” such as many papers and magazines ran. The stories in the December 1909 issue show writers of both sexes. They were “Aunt Betsy’s Story” by Bethe A. Weeks, “The Parrot that Reformed” by J. deQ Donehoo, “The Last Stanwood,” by Olga Sheldon, “A Close Call” by Henry C. Ramsey, “When Jemima Had a Brain-Storm” by Lucy R. Austin, “The Revelation” by H. Tipton Steck and “Tom Thumb’s Unlucky Joke” by Walt Irving.

Miscellaneous pieces in that issue were “Yarns about Celebrities,” “Oak Tree Crossing Philosophy” and an editorial. Humor was inserted here and there, with some of the jokes not politically correct and ethnically offensive by today’s standards.

The lead non-fiction article in the December 1909 issue was “In a White Plague Sanatorium” by Edwin L. Sabin. It was written about his visit to a tuberculosis sanatorium, one of 300 similar institutions in the United States at the time, showing the prevalence of the dreaded disease. Sabin was favorably impressed by the hospital, praising the treatments which included sleeping on porches, even in very cold weather, and being fed chocolate, red beef, milk and raw eggs to help the victims regain their strength. He described the sanatorium as a cheerful place resembling “an attractive boarding school.” I don’t know if the patients would have agreed.

Pocket Monthly carried some general product ads in each issue, such as for the RCA Victrola, and some for local companies, like Weaver Organ and Piano. “ Subscriptions $1 for a year–get 5 friends, get yours free.” 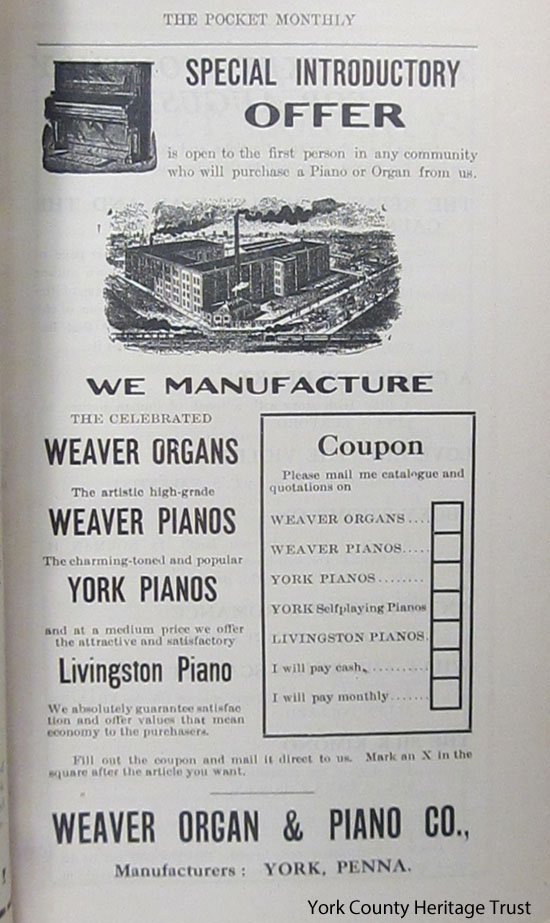