More on the Mifflin House–Rally next week 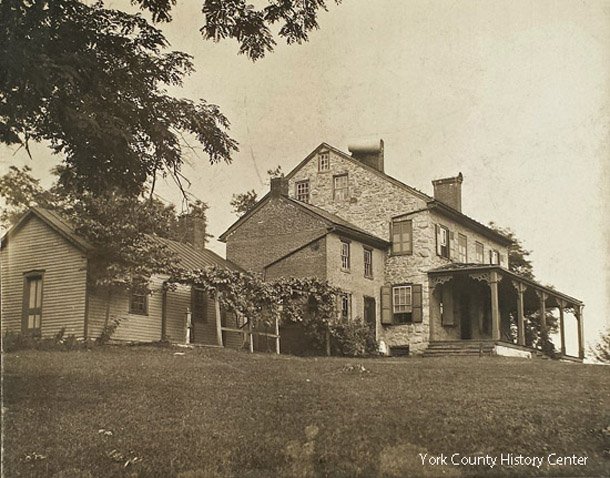 Preservation Pennsylvania, in cooperation with Kreutz Creek Valley Preservation Society; Historic Wrightsville, Inc. and others, has announced a public rally for the threatened historic Mifflin House in Hellam Township, outside Wrightsville. The rally will be held Wednesday March 21, 6 to 8 p.m. at the John Wright Restaurant, 234 North Front Street, Wrightsville.

Click this link to Scott Mingus’s Cannonball blog for more information on the speakers and activities for the evening. See below for more Mifflin House related links, including my several Universal York blog posts and York Sunday News columns on the importance of the Mifflin House. It is not only one of the few documented Underground Railroad stations in the area, but it is also significant because of Jonathan Mifflin’s (1753-1850) prominence as a Revolutionary War figure. In addition, the house itself is a remarkably well-preserved example of a substantial “mansion” of the late 1700s/early 1800s.

There are other notable early York County ties. One example is the inscription on the photograph above, from the York County History Center Library/Archives. The explanation on the back, in the hand of late-19th/early-20th century historian Dr. Israel Betz, reads: “House of Miss Anna Huber. Before or until 1840, the property of Jonathan and Susannah Wright Mifflin. Mrs. Mifflin was a sister of William Wright and were both children of James Wright who was a son of John Wright the first, and a brother of John Wright, Jr., the second. Patience Wright Ewing and Susannah Wright Huston were cousins of Mrs. Jonathan Mifflin. Samuel W. Mifflin took possession of Hybla in 1840 to 1846. He was a civil engineer. He is dead. His son Geo. B. Mifflin lives at Wayne, Pa.”

A few identifications: Miss Anna Huber was the founder of the York County Visiting Nurse Assoc. The Mifflin House, named “Hybla” by Jonathan Mifflin, was owned by Miss Huber’s family for much of the latter part of the 19th century. Patience Wright Ewing was the wife of Revolutionary War General James Ewing (1736-1806). Susanna Wright Huston was the wife of Revolutionary War surgeon Dr. John Houston. Samuel W. Mifflin was the son of Jonathan and Susannah Wright Mifflin; all three are said to have been quite active in the Underground Railroad.

Hope to see you next Wednesday.  Here are some links for more information on the Mifflin House:

This link will take you to my five Mifflin House posts about the house and the Mifflins.