More on Crandall’s Health School between East York and Hallam

a>
A lot of people have commented on my recent York Sunday News article and blog post on Crandall’s Health School. I wanted to share a couple of their comments as well as a few more photos of the buildings. 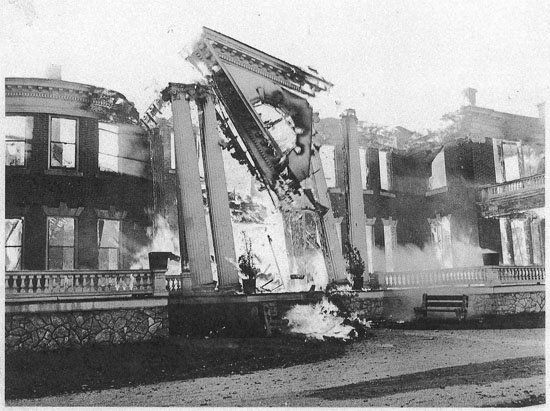 The newspapers ran pages of photos of the ravages of the blaze, but none as spectacular as the one above of the falling pediment that Jean Fix just shared with me.

The extensive newspaper coverage of the spectacular fire that destroyed the mansion in 1949 mentioned that the several people in the building didn’t realize there was a fire until passersby rushed in. The fire started in a chimney, and in a building that size, you might not know the roof was on fire if you were on a lower floor. I talked to one of those rescuers the other day. He was driving to work at a plumbing shop in York from his home in the eastern part of the county. He said he and a tractor trailer driver in front of him stopped and ran yelling into the house and helped the inhabitants out. Then, since fire companies were on the way, he continued on to work.

A friend who is a life-long educator also shared his story. He was a young teacher at an school on the eastern side of York city. He also volunteered for Springetts Fire Company. Having an hour and a half for lunch and hearing there was a fire, he drove to the fire station, ascertained that the location of the fire not too far out Market Street, and spent his lunch break fighting the fire. On his return to school, his principal indicated that he needed to decide if he wanted to be a teacher or a firefighter. 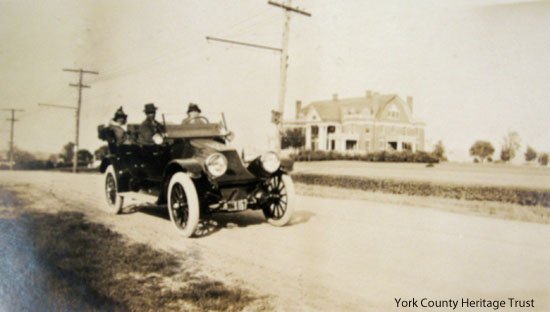 The real-photo postcard above has a note on the back: “Near residence of C. Robert Kopp along Wrightsville Pike, May 10, 1914,” so the photograph was taken before Kopp got into trouble for violating food and drug laws with his alcohol and opium-laced Kopp’s Baby’s Friend medicine. 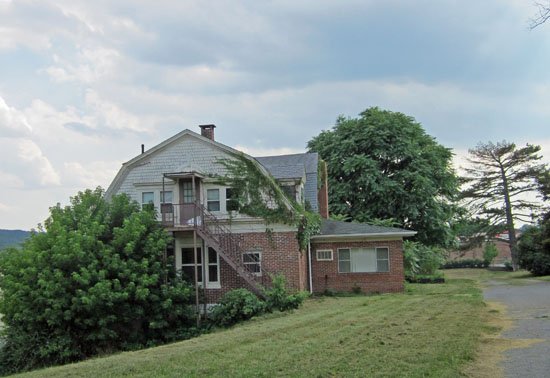 The photos above and below show the smaller building as it is today. It really isn’t that small–the size of a normal house–but the immense mansion dwarfs it in contemporary photos and postcards. 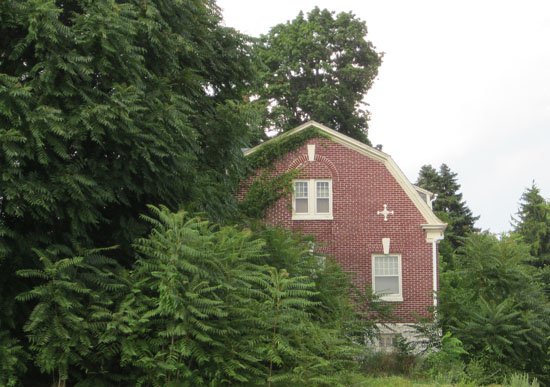 here is a link to a postcard website showing a spectacular view of Crandall’s. If you ever come across one like this, please let me know.