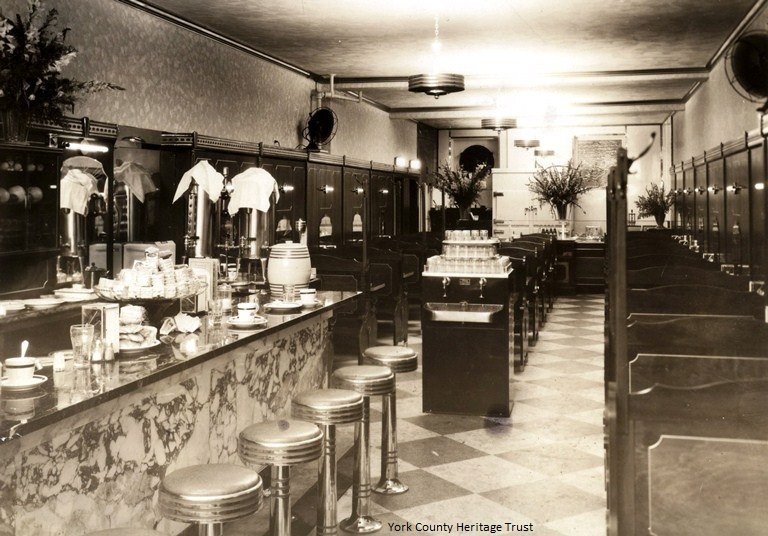 Two of the restaurants York County Heritage Trust Assistant Librarian Victoria Miller has included in her case exhibit of 1930s-1960s photos (see previous post) bring back memories in my family. Maybe yours too?

I remember the Ramona Restaurant, mostly how grown-up you felt while you sipped your ginger ale with a maraschino cherry in it. The father of one of my best high school friends, Jane, was a movie projectionist, working in Red Lion through the week but at the Strand or Capitol many Sundays. We would go along with him on Sundays, watch a movie or two, and then go across the street to the Ramona for a sandwich and soda. I don’t remember what sandwich I would order, maybe tuna fish salad, but I can still taste that ginger ale.

The Ramona Restaurant photo above was taken in 1939. It was at 19 N. George Street then, now the location of Bistro 19. (Originally the home of John Fisher, the esteemed clock maker of the late 18th and early 19th century.) I think the Ramona moved slightly north down the block, on part of the Judicial Center site, maybe in the 60s. I’ll check the city directories at York County Heritage Trust and update.

My 98-year-old mother-in-law often talks of taking her two boys to the Dinner Bell. She was a single mom, working at Peoples Drug Store on the square. Money was tight, but she managed to put enough aside each week to treat the three of them at the Dinner Bell, 155 S. Queen Street, a block or so from their apartment on Pine Street. She says she varied her meals, having pot pie or other specials, but both boys invariably ordered hamburger steak and French fries. That would have been in the early 50s, just a few years after the 1948 photo below was taken. 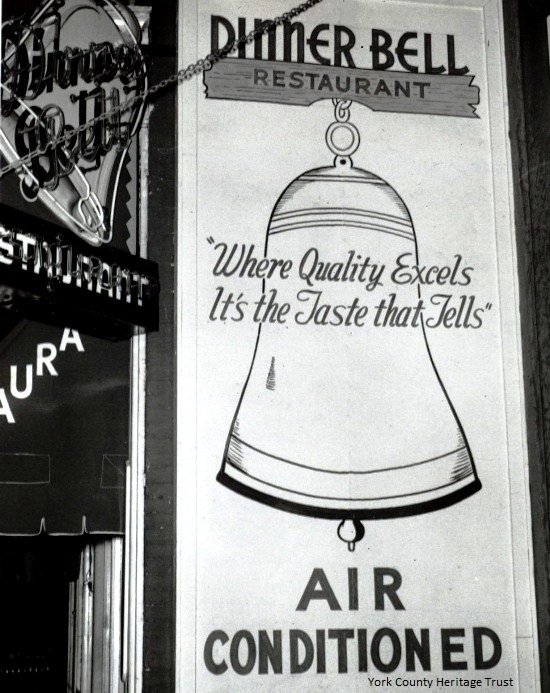