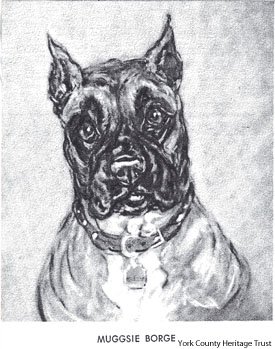 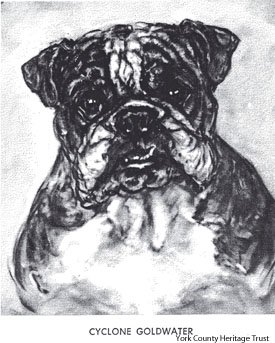 Ready for some more really cute dogs? As promised in my last post about the extremely prolific artist H. Robert Hildebrand, who specialized in dog portraits, I’ll list a few of his celebrity clients. These were listed in the brochure I found at the York County Heritage Trust Library/Archives concerning Hildebrand’s work, perhaps dating from the 1950s.

When the brochure was printed his studio was in Washington, D.C. When his father died in 1945, H. R. was as living in Pasadena, Cal. The hundreds of clients listed in the brochure were from all over the country. I’ve picked out a few names that sound familiar. They range from politicians to actors, and included military leaders, royalty, industrialists and socialites.

Hildebrand seems to have worked mostly with pastels, which seems to give a soft texture to the fur of his subjects. All I have seen have that direct, appealing gaze; you can see why Hildebrand had no shortage of clients. These black and white illustrations are from the brochure; the originals would have been full color. 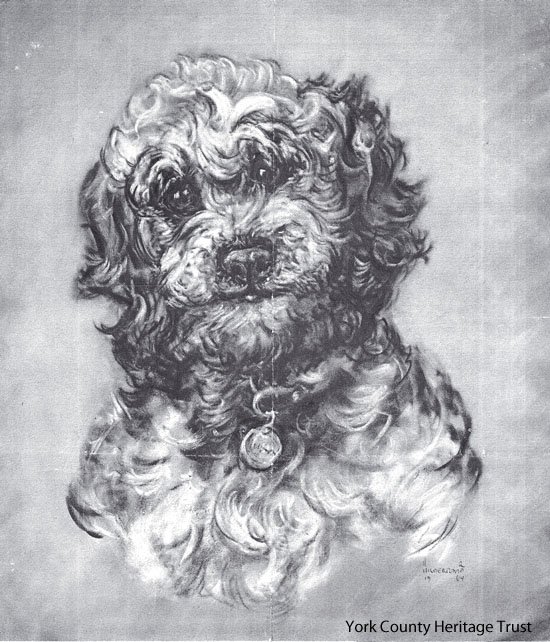