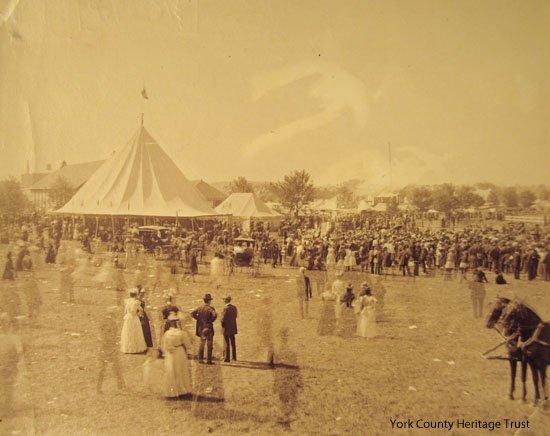 These two photos of the York Fair were taken about 1898. They fairgoers look a little overdressed to us today. In those days the fair was held in October, so this looks like a nice day, perhaps not too hot or cold.

The top photo seems to be a double exposure, leaving a ghostly effect. The crowd is looking toward the upper right, where a performance of some sort is going on.

Windmill manufacturers were also demonstrating their products, as you can see by the windmills in the background whizzing away. These were a common sight in rural York County, often used to pump water from the wells before gasoline engines, and then electricity, were used for power.

These photos were taken at the present fairgrounds site. The fair dates back to October 1853, two years after the York County Agricultural Society was founded. It continued at the first fairgrounds, which was in the area of Queen and King streets. It was not held during the four years of the Civil War, when troops were quartered on the grounds. In 1887 the Agricultural Society purchased the present site, 74 acres of the Smyser farm, in West Manchester Township adjoining the city.

Click here for all my posts related to the York Fair. 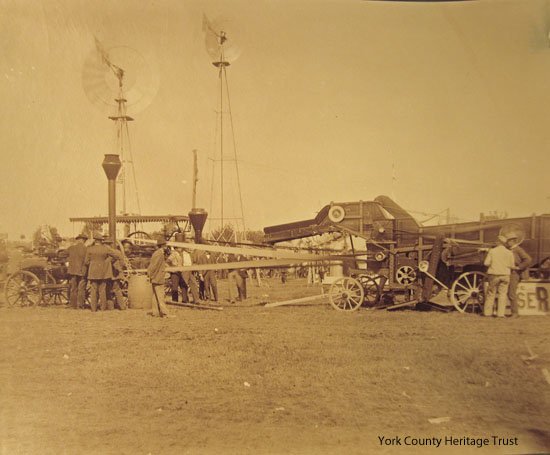