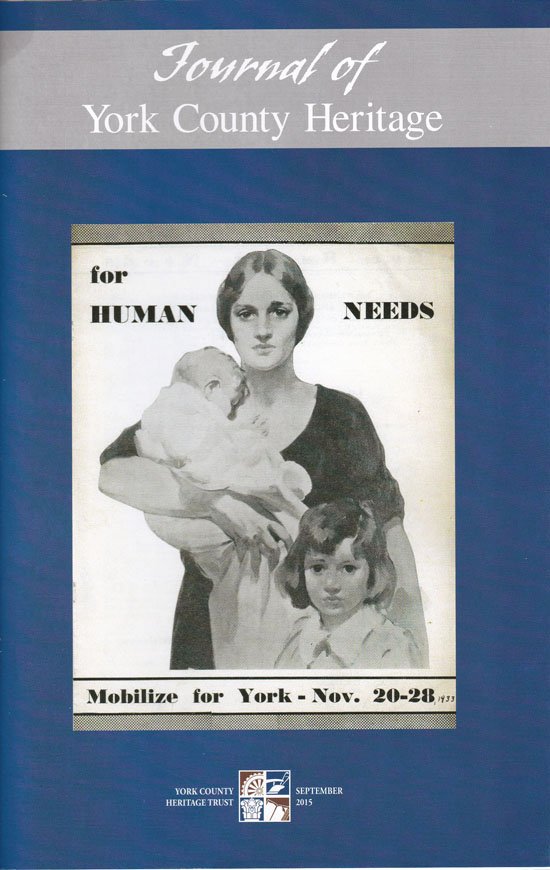 You can be part of sharing the fascinating stories that contribute so much to our local heritage. There is still over a month to offer your articles for the 2016 issue. Guidelines for submissions can be found on the York County Heritage Trust website under “About YCHT” or by clicking on this link.

The subjects of the 2015 Journal cover a variety of subjects and eras. They include:

“The Children’s Home Had a Farm: How Use of the Blue Ball Inn Property Changed over Time.” by Rebecca C. Anstine.

Continuing a series, five transcriptions of letters written by James Smith, “our” Signer of the Declaration of Independence top off the 2015 issue.

As a benefit of membership, York County Heritage Trust members received a complementary copy in the mail. Extra copies are available at the York County Heritage Trust museum shops for $6.95, or they can be ordered through the YCHT website and shipped for a small feel. Copies of the 2010, 2011, 2012, and 2014 journals are also available at YCHT, with the earlier years discounted. (The 2013 journal, a Civil War themed issue is sold out.)