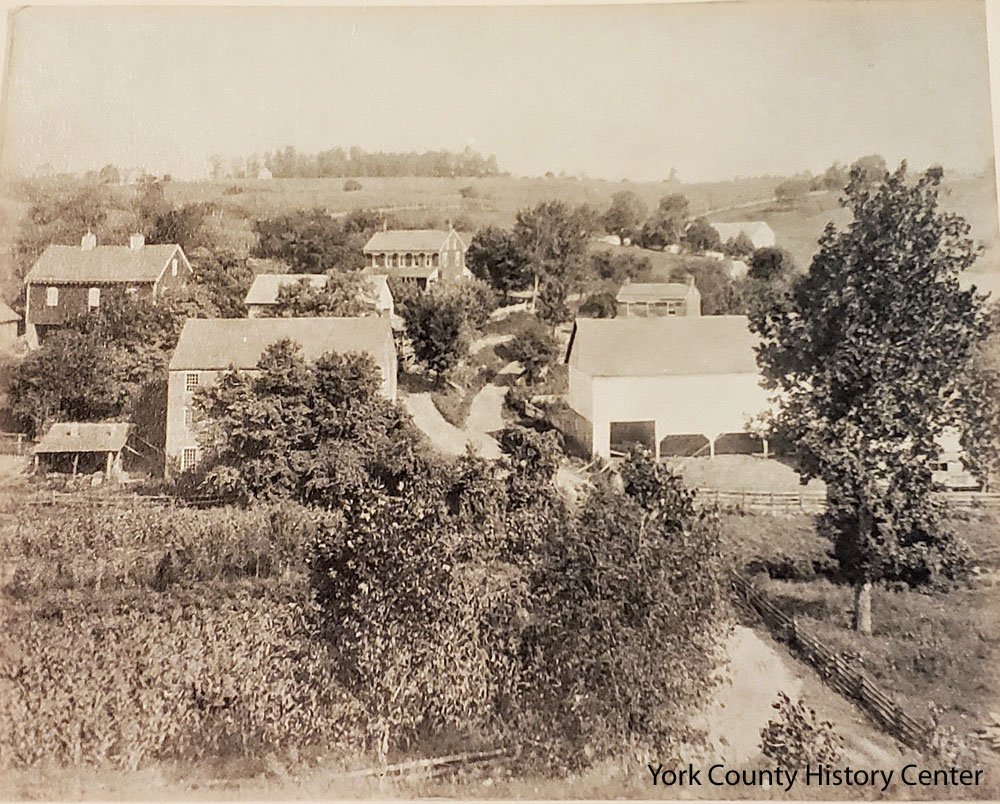 Have you ever been to Draco?

Look at an old map of York County.  You will see names of areas, perhaps very near where you live, that you have never heard of.  It might have been a flourishing area at one time with a general store where you could buy just about anything, a post office, a church, a school and perhaps even a small factory.  A physician might have his office right there is his home.

One such village was Draco in Hopewell Township.  It had all of the above, but all that you see today are a few houses and nearby Zion United Methodist Church and its cemetery.  Here is my recent York Sunday News column describing the heyday of Draco:

A look back at the tiny village of Draco

There are 72 municipalities in York County: one city, 36 boroughs and 35 townships.  There are still more unincorporated named places within those townships.  Some could still be called villages, with an existing cluster of houses.  There might even be a blue and yellow state sign designating its name, such as Airville or Cly.  But there are others whose names were once better known.  You find their names sometimes marked on old maps, or sometimes remembered by older residents.  Can you place Lucky, Alpine or Draco?

It becomes somewhat easier to imagine life in these small communities a century or so ago as more research tools become available. There is Draco, for example, perhaps named for the dragon constellation of stars or for the Greek whose extremely harsh code of law gives us the term Draconian.  Using files, maps and online databases, such as newspapers.com and ancestry.com, at the York County History Center and some online searching, I took a look backwards to that once busy community.

Draco hosted a woolen mill, a general store and even a post office (1888-1902).  The 1876 Beach, Nichols Atlas of York County map of Hopewell Township doesn’t name Draco, but it clearly shows the Woolen Factory, G. Keseling’s store, the M.E. (Methodist Episcopal) church and cemetery, a school and a group of homes occupied by J.H. Lanius, Geo. Keseling, L. Smith, C. Sechrist, F. Sechrist, Dr. B. F. Grove, J. W. Paine and Wm. Bosley.  Those family names come up in many old news items datelined Draco. Some of the homes remain, as does Zion United Methodist church and cemetery, but the woolen mill, store and school are gone.  You know you are there only because of the intersection of Woolen Mill and Draco roads at Leib’s Creek.

Gibson’s 1886 History of York County says 17 year old William Sechrist was apprenticed to John Gemmill making woolen goods.  He eventually bought out John Gemmill and built the new factory (at Draco) in 1852, which he sold to George Keseling in 1867.  The 1860 Shearer and Lake wall map shows Hopewell Woolen Factory on the west side of today’s route 851 with Sechrist’s residence just to the south of the creek and what is now Draco Road.  The 1876 atlas shows the factory and Keseling’s residence in similar positions and Keseling’s store near the factory.

In 1893 the Committee on Finance, U.S. Senate sent out a letter surveying manufacturers concerning their output, costs and the effect of tariffs.  Keseling’s response is recorded in the published Reports of Committees of the Senate of the United States.  We learn from the report that his woolen manufacturing business was established in 1850 with $10,000 capital invested.  He states that six skilled men and six others work a 50 hour work week.  Keseling says the mill ran 10 months in 1892, but only eight months in 1893 “on account of the uncertainty of the tariff.” He said there was increased competition from foreign manufacturers, but indicated that he could live with current tariff rates.  He plainly stated his opinion that “The cause of the depression is uncertainty as to the tariff. Settle the tariff.”  According to the responses from much larger woolen manufacturers in the report, many concurred.

In 1897 the trade publication Fibre and Fabric carried a small item noting that George Keseling of Draco, Pa., has a small woolen mill, with contents, available for sale or rent.  Keseling also ran a for sale or rent ad noting that it was a three-story brick woolen mill, 30 by 35 feet. The 1901 Blue Book directory of textile manufacturers, however, still lists George Keseling as owner of the Hopewell Woolen Mill at Draco, York County. Description includes two set cards and three looms.  Products are “Blankets, Yarns, &c.,” noting they also dye and finish.  It is not clear when the mill finally closed.

Other news from Draco includes an April 1890 York Gazette account of “Robbery at Draco.” Mr. Thomas and Mr. Paine discovered their store had been burglarized. Three “strange, rough-looking men” reportedly had passed through Winterstown empty-handed on Friday morning and the same men went back that way carrying “suspicious looking bundles” on Saturday.  Constable Thompson trailed them to Henry’s Mill, where he drew his revolver and threatened to shoot.  They dropped their loot and darted off in different directions, leaving behind a pile of clothing and neckties.  They were believed to be the same burglars from York that had burglarized the same store before, taking clothing and money.  The proprietors had not left any cash in the drawer this time.

Two weddings made the news in January 1895.  Ida H. Keseling and William Leib, both of Draco were united in “a pretty wedding” at two o’clock on New Year’s Day in the spacious parlor at the home of her parents, who I assume were George Keseling and wife.  The bride wore pale pink silk trimmed in cream lace.  The guests were served a “bountiful repast.”  It is noted that the newlyweds were greeted in the evening by an “organized calithumpian band who executed their best music.”  The band was treated afterward.  “Another very pretty wedding” occurred the next evening at the home of Mr. and Mrs. S.C. Liggit when Florence Liggit and Lewis Hammond recited their vows.  The Draco newspaper correspondent commented that the wedding was unusually large and the spacious rooms were a solid mass of guests.  Numerous gifts were reported to be received at each wedding. (The Ligget and Hammond families also both lived nearby.)

Although remote from population centers, Draco was not spared during the 1918-1919 Influenza Pandemic. Pearl Rose Clemens Anderson, the wife of Robert Anderson, died in October 1918 at age 29, leaving behind her husband and an infant child. Charles Ford, age 24 and son of Mr. and Mrs. Lemuel Ford, also passed away from pneumonia following influenza in February 1919.  He was survived by his parents and siblings.

Finally, politics were very important in those days.  The November 1, 1888 Gazette published a short letter to the editor.  It reported that the Democratic club at Draco had held a mass meeting two nights before, attended by a “great crowd” of people from the surrounding country.

George V. Metzer, Esq., Stewartstown held the audience spellbound for an hour advocating Cleveland’s Democratic ticket. The writer states that “Draco is all right for the Democracy.” In the Electoral College Republican Benjamin Harrison did defeat Cleveland’s effort to stay in the White House, although Cleveland garnered about 100,000 more in the popular vote.  One of the election issues was tariffs; as noted above, the government was still wrestling with the tariff issue five years later.