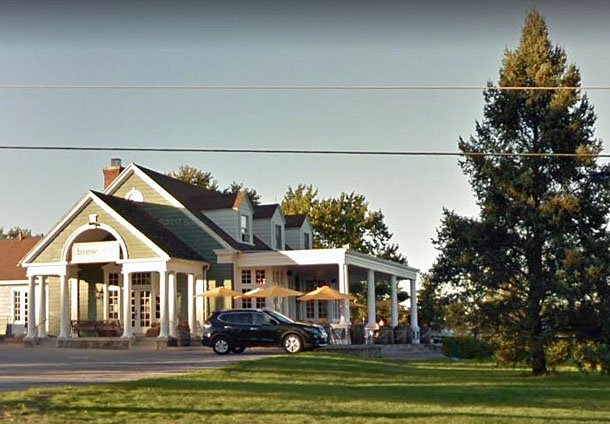 Cindy Martin, friend and volunteer at the York County History Center Library and Archives, just shared this story with me. Cindy related that she plans to replenish her book supply at the York County History Center Book Blast, which will be held this year from August 9th (members’ night) through the 11th at the Agricultural and Industrial Museum of the York County History Center. Needing something to read in the meantime, Cindy pulled Jim Hubley’s Off the Record: York County Through a Newsman’s Eyes off her bookshelf.Hubley’s book is made up of columns he selected from the more than 1,300 that he wrote from 1971 to 1993 in the York Daily Record. I too am a fan of Hubley (1915-2008) and his stories, which chronicle the local history he personally witnessed throughout much of the 20th century. After Cindy’s tip, I pulled my copy out of the bookcase and read the article, “Grandview’s Grand Lady,” published on February 19, 1976.

Nearly 400 people had just turned out at the golf club to surprise owner and operator Helen Waring Martin on her 80th birthday. She had been running the course since 1939, when she inherited it from her father, Frank Waring. Both followed the philosophy that [golf] “should be made available to all and not reserved for the wealthy.”

Martin further explained the premise to Hubley, calling golf “a gentlemen’s game,” but, “Our gentlemen at Grandview are from all walks of life, men and women. We never inquire as to their financial background. We just ask them to behave like gentlemen.”

Mrs. Martin’s political background was conservative Republicanism, according to Hubley, but she proudly declared Grandview’s early liberalism, saying: “We accepted and welcomed blacks long before civil rights legislation, and our acceptance of women golfers was immediate, before I ever heard the work ‘lib.’”

Hubley closes by describing Mrs. Martin as a “gentlewoman who makes available to all the gentleman’s game of golf.”

I think we can pretty well guess what Helen Waring Martin would think about recent news events concerning her beloved Grandview.

(Even though they share a last name Cindy Martin and Helen Waring Martin are not related. Helen, however, was a sister to well know band leader Fred Waring.)