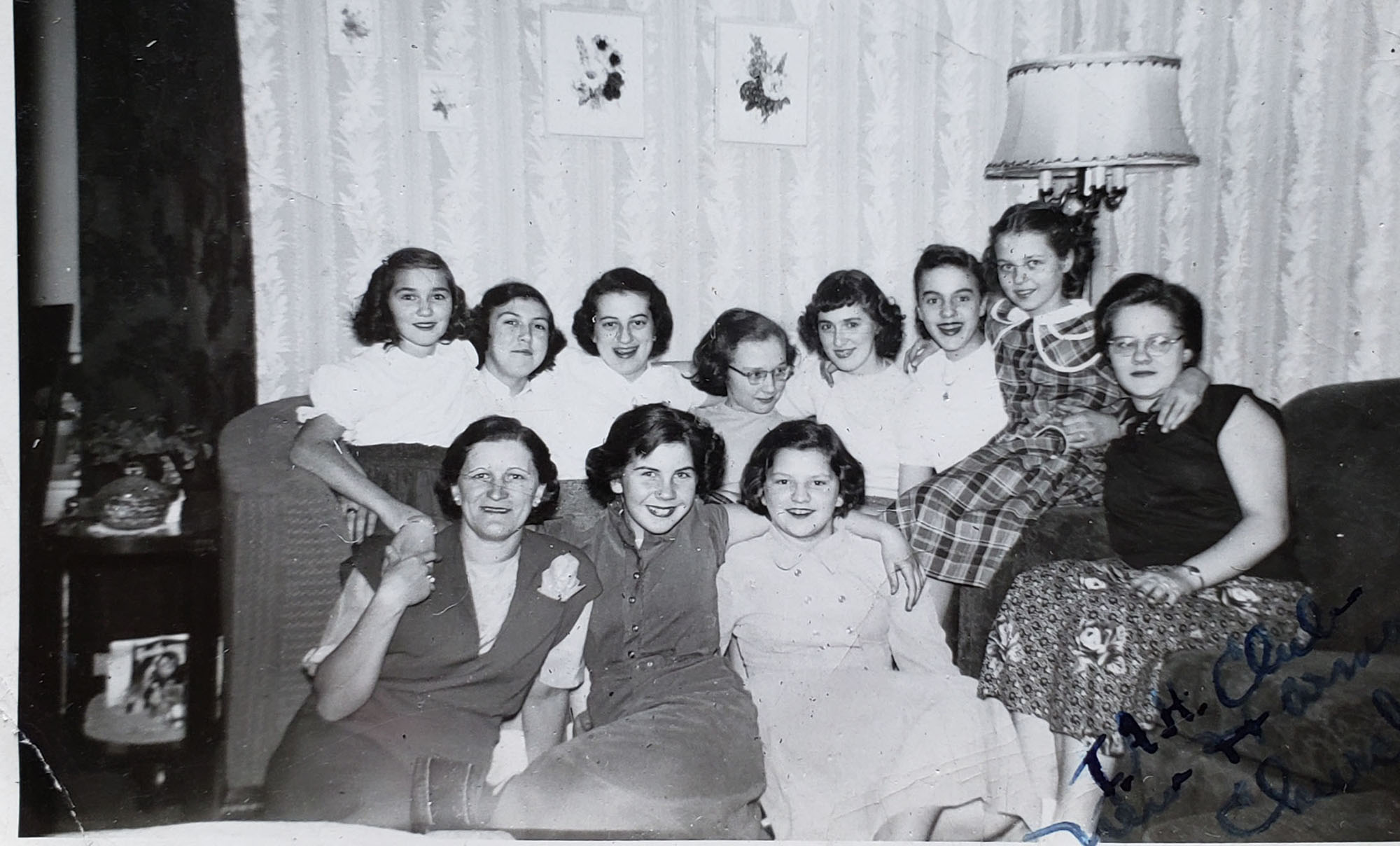 Take a look at the recently created Trailblazers online exhibit on the York County History Center website.  It tells the story, through photographs and transcribed diary entries, of the 1938 cross country journey of four York County women from Brogue, Pennsylvania to California and back.  They took the long way around, covering 9,000 miles and driving through 21 states.

The travels of the four women, sisters Beatrice and Harriett Hively, their aunt Margaret Hively, and friend Angie Morris Thompson, are well documented in the photographs, with multiple photos taken at each site.

On the way west they followed a southern route, first stopping to see Hot Springs, Arkansas and even drinking some of the therapeutic waters.  Recorded stops include Carlsbad Caverns, the Grand Canyon and the recently built Hoover Dam. They didn’t seem to be fazed by temperatures up to 110 degrees and steep mountain roads with huge drops and no guard rails.  Harriet is credited with steering their trusty Olds onward.

Arriving in California, the women visited numerous relatives and friends in the Los Angeles area, seeing many of the sights, including a boat ride to Catalina Island.  After about three weeks they headed out, taking in Sequoia and Yosemite national parks.  At Yosemite they ran into four other York County women.  That led Bea, the diary keeper, to record: “Remarkable how small the world is after all!”  Then they headed to San Francisco to visit more relatives.  Bea listed the numerous museums and other places they toured there.  Today Alcatraz is a big tourist draw, but not then.  Bea says: “Saw Alcatraz situated in San Francisco Bay where the tough prisoners such as Al Capone, etc. are kept.”

In a few days they were at Yellowstone.  They marveled at snow the end of July and were impressed by Old Faithful, “almost beyond description.  Bea noted she saw the hand of God in the beauty of the area.  The next stop was Mount Rushmore, where Washington, Lincoln and Jefferson were nearly completed and work had started on Theodore Roosevelt’s visage.  They had a good sense of the scale by watching the sculptors at work, looking like “flies crawling over those great faces.”  After taking a look at the Badlands of South Dakota, the women motored on home, thinking about where they might travel next.  Bea summed it up as a perfect six weeks’ vacation, and wrote: “That wondrous Western trip has caused us ‘to wake up and live.’”

My family was active at New Harmony Presbyterian Church at the Brogue, and Beatrice Hively was also very involved there when I was growing up some years later.  She even took on the responsibility of organizing a group for girls at New Harmony, which I surely had a positive influence on us all.  The photo above, which I took at one of the meetings, shows Bea and the Brogue area girls.

Click here or on the link above to view the Trailblazers exhibit.  Make sure to click the mobile device or full screen link to see it best.