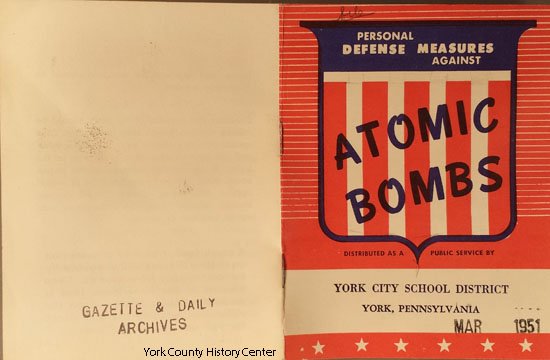 Do we paint the 1950s as an untroubled time? Wrong!

The 1950s began less than five years after the end of World War II. And we do remember what triggered the end of that war, don’t we?

When refiling some material from the Gazette and Daily newspaper archives, Lila Fourhman-Shaull, York County History Center Director of Library and Archives, came across this 15-page booklet. This particular one came from the York City schools, but they were distributed nationwide. See below for the rest of the pages.

Be sure also to watch this YouTube video. It was produced by U.S. Civil Defense for elementary school children. It is a wonder we weren’t all traumatized—or maybe we were.

You can probably read most of the pamphlet from the photos, if you so choose, so I’m just transcribing the Table of Contents here:

Table of Contents
THE ATOMIC EXPLOSION, Special Character of…..3
POWER OF THE ATOM BOMB…..4
THE WARNING FLASH, Recognizing Atomic Attack…..5
WHAT NOT TO DO, Necessity for Prompt Protection…..6
WHAT TO DO, Personal Protection Measures…..7
PRACTICE MAKES PERFECT…..8
IF YOU ARE IN A BULDING…..9
IF YOU ARE IN THE STREET…..10
IF YOU ARE IN THE COUNTRY…..11
WHAT HAPPENS IN AN ATOMIC EXPLOSION , Thermal Radiation, Nuclear Radiations, Blast…..12-13
DECONTAMINATION, Food, Water Clothing, Interiors, Human Body…..14-15

After practicing Duck and Cover at school, the kids could go home and help dig a fallout shelter in the yard. Not quite the carefree ‘50s of Ozzie and Harriet and Leave it to Beaver, it is? 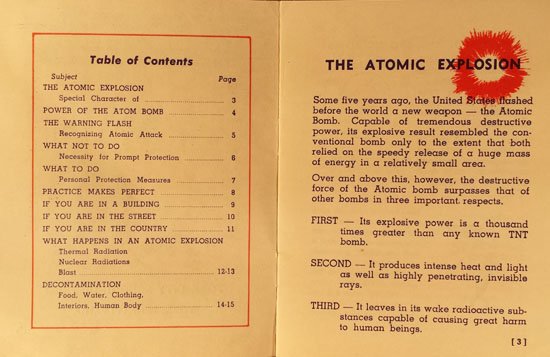 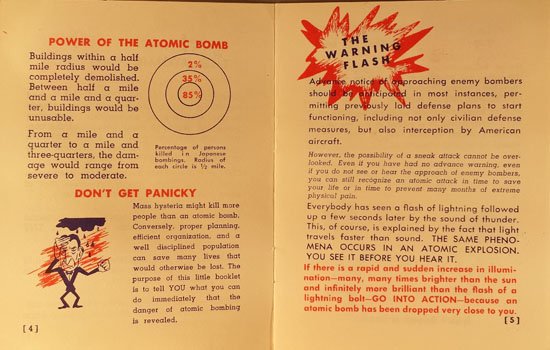 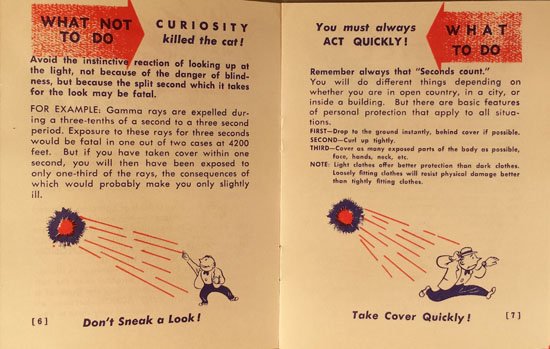 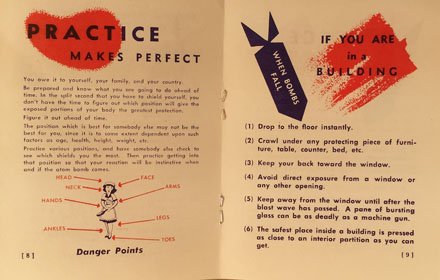 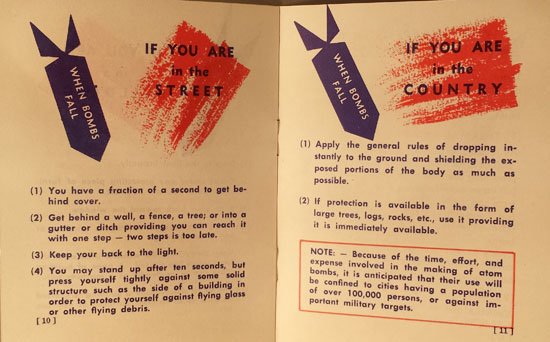 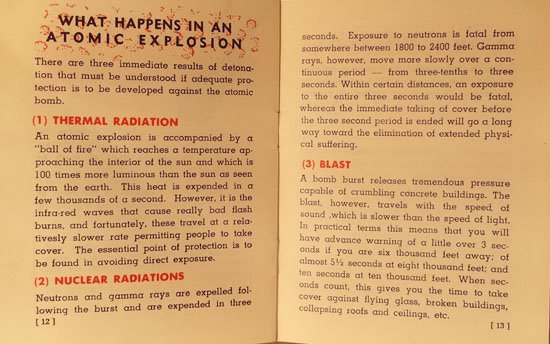 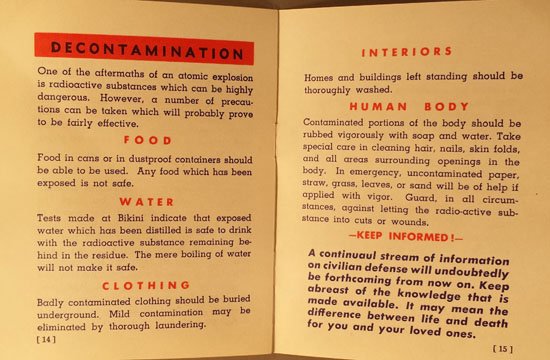