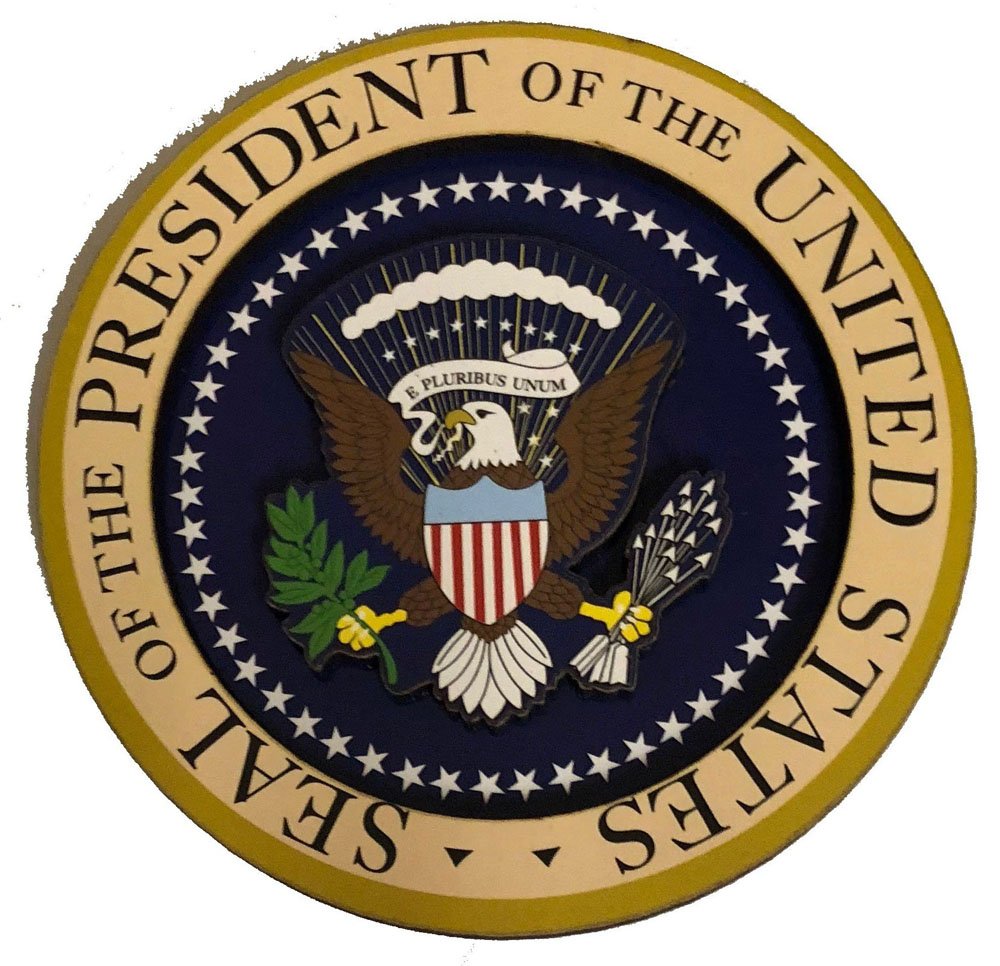 Do you have presidential family ties?

Family history research is so absorbing because you never run out of relatives, and you sometimes find some surprising ones.  For example, I am distantly related to President Dwight Eisenhower.  We both descend from immigrant Hans Nicholas Eisenhauer, (b. 1691), but our lines split way back.  See below for my recent York Sunday News column showing the York County direct ancestors of eight of our United States presidents.  Many of you probably share some of these same roots.

Are you related to a United States President?

Several years ago Lila Fourhman-Shaull, the late Director of the York County History Center Library and Archives, discovered that then President Obama shared some York County roots with Lyndon Johnson.  I already knew that William McKinley’s ancestors had settled in Chanceford Township, but thought there must be more.  According to the website of late genealogist William Addams Reitwiesner, George W. Bush and Bill Clinton could join the York County descendants club. Curious, I checked the latest (2009) edition of Ancestors of American Presidents by nationally respected genealogist Gary Boyd Roberts at YCHC. Roberts also found York County ancestors for Benjamin Harrison, Richard Nixon and Gerald Ford.

There could be others that have not been discovered yet.  Besides McKinley and Harrison, Presidents Grant, Hayes, Garfield, Taft and Harding were born in Ohio, a state where whole towns have been settled by York countians.

Elected too late to be included in Ancestors of American Presidents, Donald Trump’s ancestry was researched by Roberts and others and published in American Ancestors magazine in 2017.   Trump’s ancestors are fairly recent immigrants.  His mother, Mary Ann MacLeod came from Scotland and was naturalized in 1942. On the Trump side, Donald’s grandfather Frederich emigrated from Germany and became a U.S. citizen in 1892.

Check out the brief synopses of some presidential York County connections below:

Benjamin Harrison (1833-1901 descended from James Ramsey, born c. 1725 in Scotland and died on 16 April 1757 in York County. James Ramsey, Jr., was born in 1751, probably in York County and then moved west in Pennsylvania. His daughter Mary Ramsey Irwin, born in Franklin County in 1781 was Benjamin’s grandmother on his mother’s side.

Lyndon Johnson’s ancestors were Philip Ament of York County and wife Susanna Margaret Forrisen.  Their son Philip Ament, Jr. was born here 1 January 1755 and married Maria Elisabeth Schmid 14 September 1779.  She had been born in York County in October 1757, the daughter of Jacob Schmid and Anna Maria Lambert. The president is descended from Philip Jr. and Maria Elisabeth’s daughter Susan Ament Huffman, born in 1800 in Bourbon County, Ky. Johnson also descended from Thomas Jameson, Jr. through two of Jameson’s daughters, Catherine and Helen.  Jameson was born here on 7 November 1732, the son of Thomas Jameson and grandson of John Jameson, who had emigrated from Ireland and died in York County (then Lancaster County) c. 1736.

Richard Nixon’s Quakers could be found in northern York County by the eighteen century.

Gerald Ford, whose name was changed from Leslie Lynch King, Jr., descends from the York County Kings (originally Koenig, the German spelling).  The immigrant was probably Michael Koeinig, who immigrated from Wittenberg, and the father of Philip, the president’s fourth great-grandfather. Philip’s son Michael, born in York County, c. 1741 seems to have started the King family migration west. But Ford has more deep York County roots. Solomon Shepherd (born 1738),  and his son Joseph Shepherd (born c. 1777 and died 1859) both lived in the Menallan area of what is now Adams County; that area was part of York County until Adams was formed in 1800.  They might have been on this side of the Susquehanna before 1749, when York County broke off from Lancaster County.  Joseph Shepherd’s wife was Elizabeth Medix, born about 1783. Solomon Shepherd’s wife (1740-c. 1841) was Margaret Blackburn, also of Menallan.  Her father John Blackburn, Jr. was born in Ireland in 1720 and came with his father John, Sr. (1676-after 1752) and mother Rachel Morton (1694-1766) to Menallen from County Armagh. John’s wife Rebeca Harlan and her father Moses Harlan and mother Margaret Ray also lived at Menallen, with Moses and Margaret having both been born in 1683 in County Down.  These Ford ancestors seem to have been early members of the Menallen Friends Meeting, which was established around 1750.

Perhaps you share some of these same ancestors. The list above is not just a dry list of names and dates, but clues to living, breathing people who were just as real as you, your parents and grandparents.

Please email me if you know of any York County presidential ties that I might have missed.