When I was very young, I used to amuse myself with my grandparents’ parlor organ, very probably made by the Weaver Organ and Piano Company. As a teenager I took piano lessons, as my daughter did later, on a York upright piano, another Weaver product.

I am working on an upcoming York Sunday News column summarizing the history of the Weaver Company. The manufacturing firm was established in 1870 and incorporated in 1882, moving into its new building in 1882 and continuing at that site until 1949, when it went out of business. This post concentrates on the first of the conglomeration of buildings that made up the Weaver manufacturing complex at East Philadelphia and North Broad streets from 1882 until the recent tragic fire. 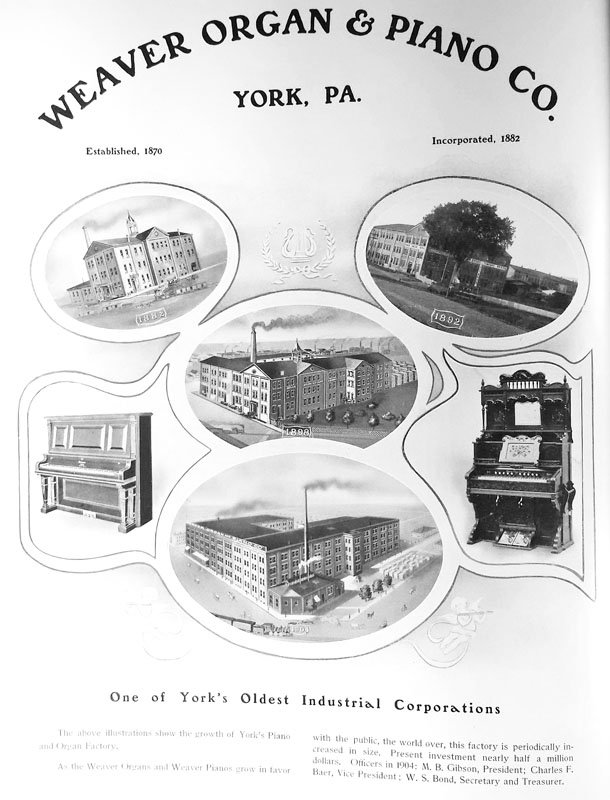 The full page advertisement above, from the 1904 book: York, Pennsylvania,  published in Philadelphia by the Shelden Company, shows how the facility greatly expanded from the first Weaver factory. 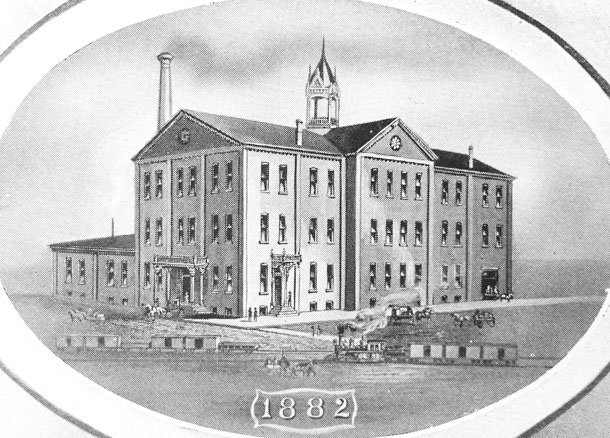 Details of the original 1882 building designed by the noted Dempwolf architectural firm of York, can be better seen on the enlarged engraving above, taken from the 1904 ad.

The two architectural drawings included in this post of the 1882 Weaver building are from the Dempwolf collection at the York County History Center.

An upcoming post will share enlargements from the ad of the 1892, 1898 and 1904 additions to the building, as well as additional illustrations.

The Dempwolf drawing below, from the York County History Center Library/Archives shows the floor plan as well as front, back and side elevations: