I could go on about the dozens of picturesque covered bridges that used to dot the York County countryside, but this will be my last post on them for now. I realize that they were rendered obsolete by mid-twentieth century transportation needs and were not really sustainable. It is a

My last post outlined the 1948 fate of a covered bridge over the Little Conewago Creek just east of Zion’s View on Canal Road. It linked Conewago and Manchester Townships. At the same time a Hellam Township bridge over Kreutz Creek was also demolished for a more modern span. York

In 1801 famed engineer and architect Benjamin Henry Latrobe was commissioned by Pennsylvania to survey the Lower Susquehanna, with an eye to navigation and canals. A few years later, in 1807, Latrobe also reported on the Susquehanna to the U.S. Congress: “Four miles below Burkhalter’s ferry, the river arrives at

You might have recently read in the York Daily Record concerning proposed improvements and beautification of the Codorus Creek through part of the city. Wouldn’t it be great if this time something comes of it? Seemingly innumerable similar proposals have been put forth over the years, plans drawn up and

York County weather from the past

The July 16, 1953 Gazette and Daily carried an article on Harry C. Arnold, superintendent at the York Water Company; he had been recording the weather at the York Pumping Station since 1915. He used three instruments: “an alcohol thermometer which records both the running temperature and the day’s minimum,

Last week Jim McClure included a link to photos on his blog post of a few years ago of Susquehanna River ice pushing over the banks in January 1959. They were originally shared by Jim Buckner, and taken by his father. While looking for something else yesterday on the newspaper

We should not panic when we hear of impending storms and flooding, but neither should we be complacent. If an area is to be evacuated, the smart thing to do is leave before you find yourself underwater. Fellow blogger Blake Stough’s post earlier this year showed Indian Rock Dam, built

Flood of 1933 Raged through Felton

In a post last week I noted that the Flood of 1933 took out two covered bridges at Muddy Creek Forks. Felton is further upstream on the north branch of Muddy Creek, but in a valley, so waters rage and overflow in a heavy storm. Below are just a couple

No wonder York County can’t claim any covered bridges anymore. Hurricane Agnes destroyed the last one, at Bentzel’s Mill, in 1972. Previous storms and floods took their toll of many others over the years. Lila Fourhman-Shaull, Director of Library and Archives at York County Heritage Trust just shared an August 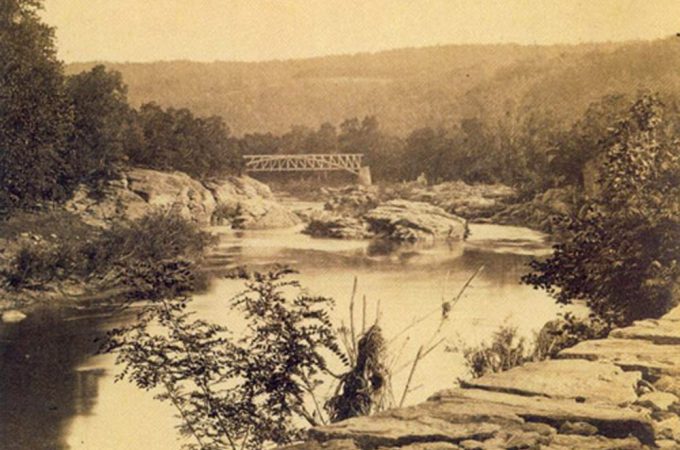 Probable photo of the York Furnace bridge Residents of “the lower end” of York and Lancaster counties thought they could beat winter weather in the 1850s by building a bridge across the Susquehanna River at York Furnace. The Lancaster Examiner of November 20, 1855 celebrated the opening of the bridge.